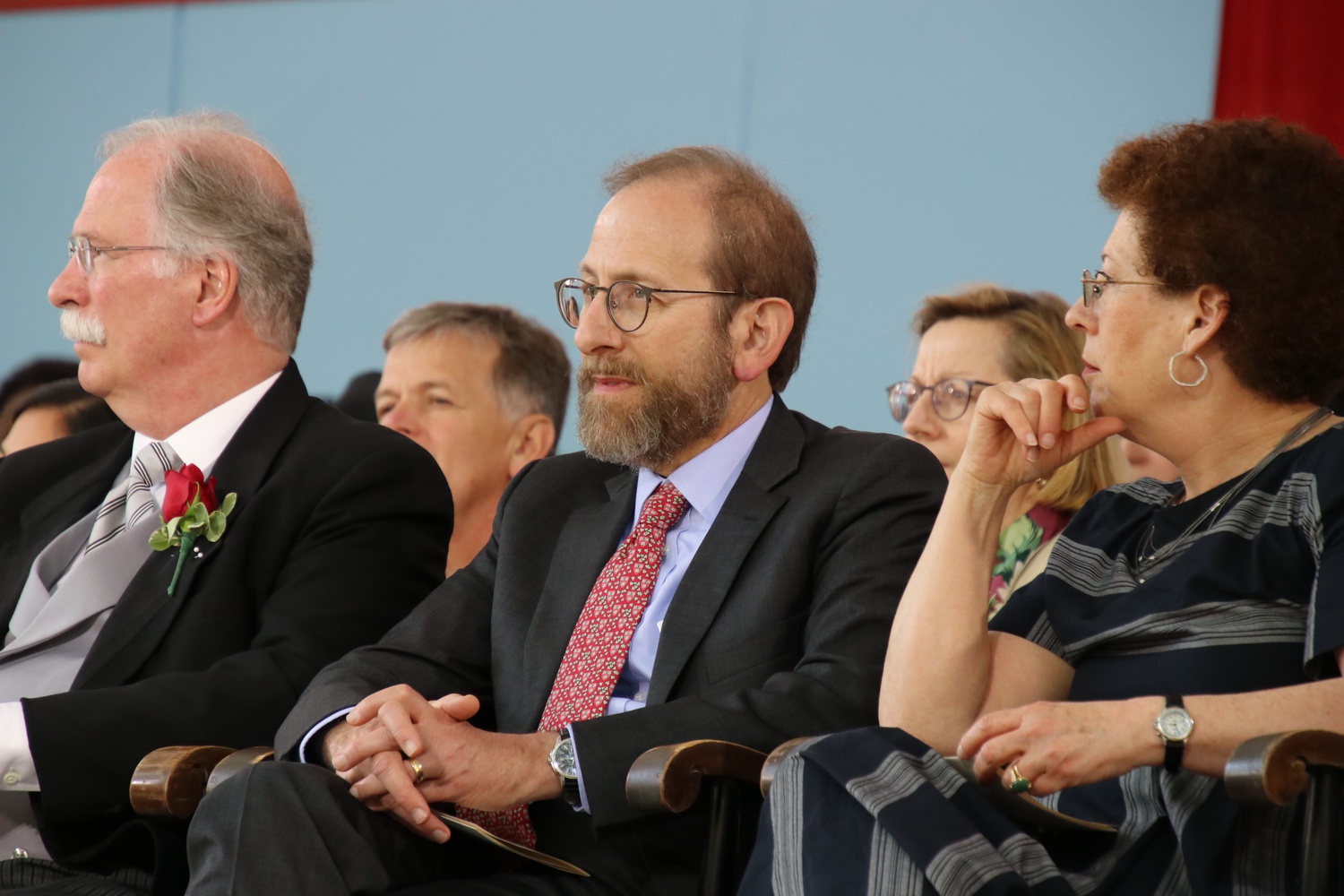 University Provost Alan M. Garber '76 praised the Graduate School of Arts and Sciences for its recent decision to reduce or pause graduate student admissions in an interview with The Crimson on Monday. By Amy Y. Li
By Camille G. Caldera and Michelle G. Kurilla, Crimson Staff Writers

University Provost Alan M. Garber ’76 praised the Graduate School of Arts and Sciences for its recent decision to reduce or pause graduate student admissions in an interview with The Crimson on Monday.

Though GSAS will have fewer new students, the School will be “supporting a larger number of continuing students than it would have otherwise,” Garber said.

The change is “not just so that they can complete their dissertations,” he said. The shift takes into account the fact that current students will be faced with “a very tough academic job market” after they graduate.

“We are trying to position our existing students as well as possible for the next stage in their career,” Garber said. “Of necessity, that means that there is less funding available for new students.”

Garber also noted it is not a “complete freeze,” and there will still be some new admits — though he cautioned they “may not be evenly distributed” across departments or divisions.

“From my perspective, this is a very sensible way to ensure that our existing students have the best possible experience that they can and that they will be positioned well for success, while allowing for some new admissions in a very trying time, with the expectation that we will have additional changes in admissions in the future,” he said.

In the letter announcing the change late last month, Faculty of Arts and Sciences Dean Claudine Gay, GSAS Dean Emma Dench, and other administrators argued that admitting fewer new students will allow GSAS to “reset” its approach towards admissions and rework admissions targets to account for diversity, advising strength, and student career outcomes.

“From the point of view of the University, we see Ph.D. students as producing the University Professors of the future, so of course we have a great interest in this, and we think that the leadership of GSAS and FAS has been highly thoughtful and very strategic in thinking about these issues,” he said.

In the interview, Garber also discussed the University’s implementation of their first contract with the Harvard Graduate Students Union-United Auto Workers.

Though labor relations are not under the purview of the provost, Garber has a leading role in the University’s relationship with HGSU-UAW due to its overlap with academic life at Harvard.

The contract — which it ratified on July 1 — will be in effect for just a year. But rather than speculating about future contracts, Garber said the University is “completely focused on implementing the existing contract.”

“I have to say that it's complicated to implement the contracts,” he said. “I think that everybody is acting in good faith but this is something that's completely new, that actually in many instances requires us to collect new kinds of data and implement new payroll processes.”

He said one such logistical issue is simply identifying which students are members of HGSU-UAW.

“I don't think these are showstopper kinds of problems,” Garber said. “It just takes time to work through them.”

HGSU-UAW President Brandon J. Mancilla and Vice President Marisa J. Borreggine said in a written statement they have “provided ample support and information to the administration to make for a smooth contract implementation.”

“We know firsthand that the implementation and enforcement of a new contract is complicated, but we expect the university to do a better job holding up their side of our agreement,” they wrote.

Specifically, Mancilla and Borreggine alleged the University has “not always respected deadlines to ensure proper implementation of key provisions in the contract,” such as dues deduction, and said they are headed toward arbitration on two separate issues.

“Harvard has experience implementing collective bargaining agreements with other campus unions,” they added. “They should not be working differently with us.”