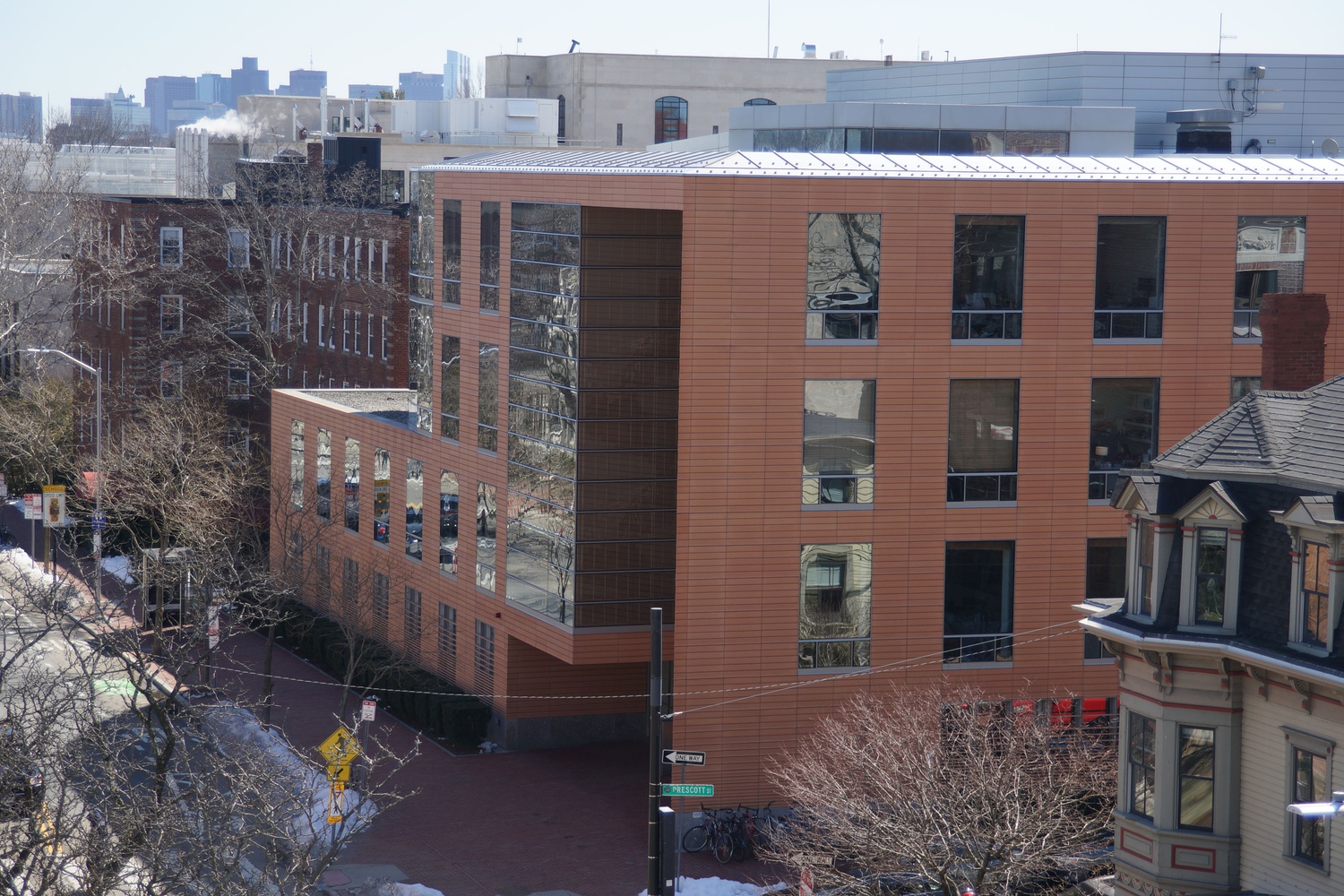 The Davis Center for Russian and Eurasian Studies is located on the third floor of CGIS South. By Zennie L. Wey
By Cara J. Chang and Isabella B. Cho, Contributing Writers

The Association for Slavic, Eurasian, and Eastern European Studies hosted a webinar Friday on integrating critical pedagogies of race into course syllabi as a kick-off for its “Race in Focus” webinar series, which is co-sponsored by Harvard’s Davis Center for Russian and Eurasian Studies.

Friday’s webinar, entitled “Teaching Race and Racism: Your Syllabus 2.0.,” featured a conversation on how educators in the field can integrate racial frameworks into their syllabi by expanding course materials, incorporating new themes, sharing resources, and connecting with scholars of color.

Zsuzsánna Magdó, associate director of the University of Pittsburgh’s Center for Russian, East European, and Eurasian Studies, said the short-term goal of the webinar series is “to elevate conversations about teaching on race and continuing disparities in our field while also bringing research either from scholars of color or on communities of color to the center stage.”

Magdó said the series was inspired by the Black Lives Matter movement and aims to push its scholars to engage with race as an academic lens and confront institutional structures perpetuating systemic racism.

“We recognize that our regional studies are not immune from the challenges around understanding the impacts of structural racism,” Davis Center outreach director Cris L. Martin said.

On Friday, B. Amarilis Lugo de Fabritz, a Russian language instructor at Howard University, and Sunnie Rucker-Chang, a Slavic Studies professor at the University of Cincinnati, kicked off the discussion on critical pedagogies. Both presenters discussed how racial ideas have informed historical processes and broader conceptions of Eastern European nationhood. Anindita Banerjee, a comparative literature professor at Cornell University, moderated the conversation.

Lugo de Fabritz emphasized in her presentation how thinking critically about race and diversifying syllabi cause students to engage more deeply with course material.

“Because in the end, integrating these pedagogies will open you to surprise and discoveries. It will turn inclusion into a natural event,” she said.

Rucker-Chang spoke about how racial “frames of difference” can lend richness and perspective to Balkan and Southeast European Studies.

“What I want our students to do is engage with these traditional texts of Balkan Studies, of Southeast Europe, through this new lens of race — talking about Blackness, talking about whiteness, and talking about why we can frame conversations about these texts through race,” Rucker-Chang said.

In an interview after the event, Banerjee said she hopes audience members take advantage of the opportunities provided by the digitization of academic materials.

“Access is a lot easier, actually, but we need, as educators, to create the conditions,” she said.

She also underlined the importance of studying race not merely in today’s socio-political climate but also as a broader analytical medium.

“The topic of race is always simultaneously historical and contemporary,” Banerjee said.

Rucker-Chang, in an interview, also emphasized the importance of making use of current interest to promote impactful and continued action.

“It’s great that this is happening, but what do we do after this?” she said.

The “Race in Focus” series will continue to cover critical pedagogies, the experiences and successes of scholars of color, research on racial minorities, and the intersection between these fields and Black Lives Matter. Magdó ultimately hopes that “Race in Focus” will be a pilot for frequent future discussions on this topic.

The second “Race in Focus” webinar, “Engaging with Race and Racism in the Classroom,” will be held on Oct. 9.