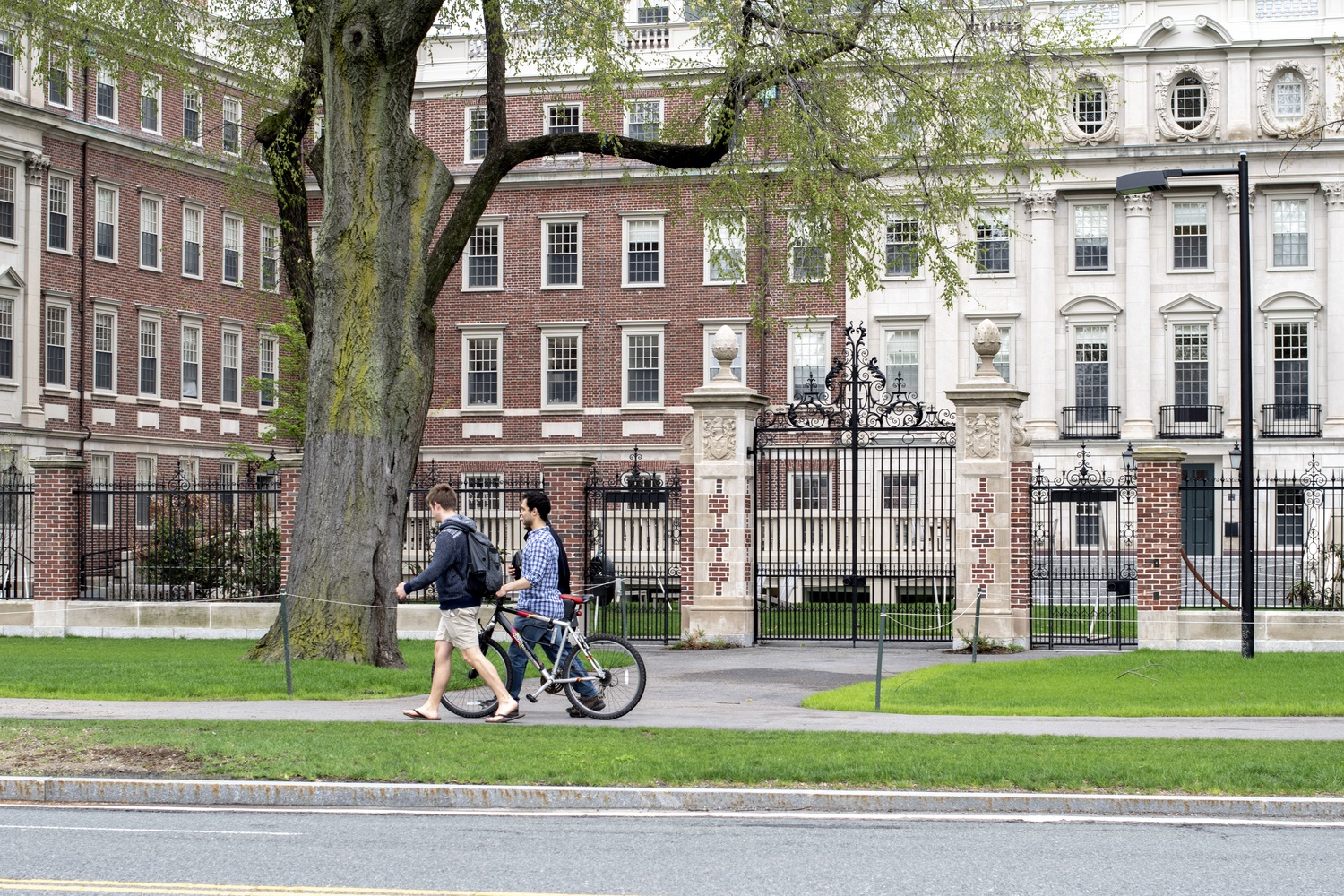 Dean of the College Rakesh Khurana announced that he will not renew Winthrop Faculty Deans Ronald S. Sullivan, Jr. and Stephanie R. Robinson after their term ends on June 30 in an email to House affiliates Saturday morning.

The decision comes after more than three months of activism and outcry surrounding Sullivan’s decision to represent Hollywood producer Harvey Weinstein — who stands accused of rape — and a day after The Crimson reported allegations brought by Winthrop students, tutors, and staff of a toxic environment under Sullivan and Robinson stretching back years.

Khurana wrote in his email to Winthrop residents that he decided not to renew Sullivan and Robinson’s faculty dean appointments because the environment in the House was “untenable.”

“The actions that have been taken to improve the climate have been ineffective, and the noticeable lack of faculty dean presence during critical moments has further deteriorated the climate in the House,” Khurana wrote. “I have concluded that the situation in the House is untenable.”

Sullivan and Robinson wrote in an emailed statement to The Crimson they were surprised by the College’s decision and that Harvard “unilaterally” ended discussions they were having with University representatives.

“We are surprised and dismayed by the action Harvard announced today. We believed the discussions we were having with high level University representatives were progressing in a positive manner, but Harvard unilaterally ended those talks,” Sullivan and Robinson wrote. “We will now take some time to process Harvard’s actions and consider our options.”

“We are sorry that Harvard’s actions and the controversy surrounding us has contributed to the stress on Winthrop students at this already stressful time,” they added.

Though their decade-long term at Winthrop will end this summer, Sullivan and Robinson will keep their appointments at Harvard Law School, where they both teach. They are the first African Americans to serve as faculty deans of an undergraduate house.

Dozens of students met with Khurana, Dean of Students Katherine G. O’Dair, and Faculty of Arts and Sciences Dean Claudine Gay in Winthrop dining hall Saturday afternoon. Many hugged and thanked the administrators for their decision to not renew Sullivan and Robinson.

Students have criticized Sullivan’s representation of Weinstein since he first announced his decision in January.

Following that announcement, Sullivan wrote an email to Winthrop residents defending his decision and stressed the importance of representing the “unpopular defendant.” He later followed up with another missive announcing he had appointed Winthrop Resident Dean Linda D.M. Chavers as the “point person” for issues surrounding sexual assault.

In the months after, student activists took to protests and online posts, arguing that Sullivan’s representation of Weinstein conflicts with his role as a faculty dean. In February, the College launched a “climate review” led by former Dean of Freshmen Thomas A. Dingman ’67 to address student concerns.

The controversy later extended to other parts of the House. Last month, Winthrop tutors Carl L. Miller and Valencia Miller and Danu A.K. Mudannayake ’20 — an activist who organized the first calls for Sullivan step down — filed conflicting police reports after a confrontation in the Winthrop dining hall. Days later, the Millers sued Eliot House Faculty Dean Gail A. O’Keefe for defamation after she sent an email to Eliot residents defending Mudannayake’s account and calling the Millers’ response “unprofessional.”

On Friday, The Crimson reported that issues with Sullivan and Robinson’s leadership of the House began years before Sullivan announced he would represent Weinstein. Tutors and staff said that the pair targeted staff who reported concerns about the deans to administrators and that the deans created a difficult work environment.

In 2016, 13 resident tutors — more that half of that year’s roster — threatened to resign because they believed the faculty deans wanted to dismiss a tutor based on false accusations.

On-campus activists who led calls for Sullivan to step down said Saturday that they were shocked and excited by Khurana’s decision.

Mudannayake, who is also a Crimson design editor, said she woke up Saturday morning because her phone was buzzing with messages about the College’s decision not to renew Sullivan and Robinson. She said the rest of the day brought disbelief, then joy.

Winthrop resident Caroline R. Kaufman ’21, who co-wrote a post about the impact of Sullivan’s decision on people who have experienced sexual assault, said she entered the Winthrop dining hall Saturday afternoon to find a different environment from the one she experienced over the past several months.

“I went down to the dining hall after it happened when Rakesh was there and there were a lot of Winthrop staff members, and students there,” she said. “It was just the complete opposite of what the Winthrop dining hall environment has been for the last three months. It was just this happy, excited, relieved environment where everybody could talk about what they wanted to talk about.”

Though individual students like Mudannayake and Kaufman started organizing efforts against Sullivan, pre-existing student groups including anti-sexual assault advocacy group Our Harvard Can Do Better and the Association of Black Harvard Women often joined them. ABHW released a statement in February calling on Sullivan to step down, and Our Harvard Can Do Better staged a sit-in at Winthrop dining hall to “reclaim” the House.

ABHW President Kacey E. Gill ’20 said she felt a combination of “relief and happiness” about the announcement and also pointed to organizing efforts.

“I wish that it hadn't taken so long had it required so many students to put their mental health, well-being, and potentially even their futures on the line in order to get that change to occur. But it did happen, we are here now,” Gill said.

Remedy H. Ryan ’21, an Our Harvard Can Do Better organizer, said that, when the news of Sullivan’s representation first became public, she did not think the College would ever decide to let Sullivan and Robinson go.

“I guess a lot of people told us at the beginning of the semester that this couldn’t be done, and that Ron Sullivan had too much power and was too good at using it,” Ryan said. “This is kind of proof that collective organizing against rape culture can do a lot.”

In his email Saturday, Khurana wrote that he admires Sullivan and Robinson’s work on social justice. He called the decision not to renew them “regrettable.”

College spokesperson Rachael Dane wrote in an email that the administration will likely search for new Winthrop deans through the summer and early fall in order to follow normal procedures and involve students and staff.

As the College begins their search, Chavers wrote in an email she hopes students, tutors, and staff can rest after a tumultuous semester.

“I am looking forward to a time of healing and improved conversation and communication for the Winthrop community,” Chavers wrote.