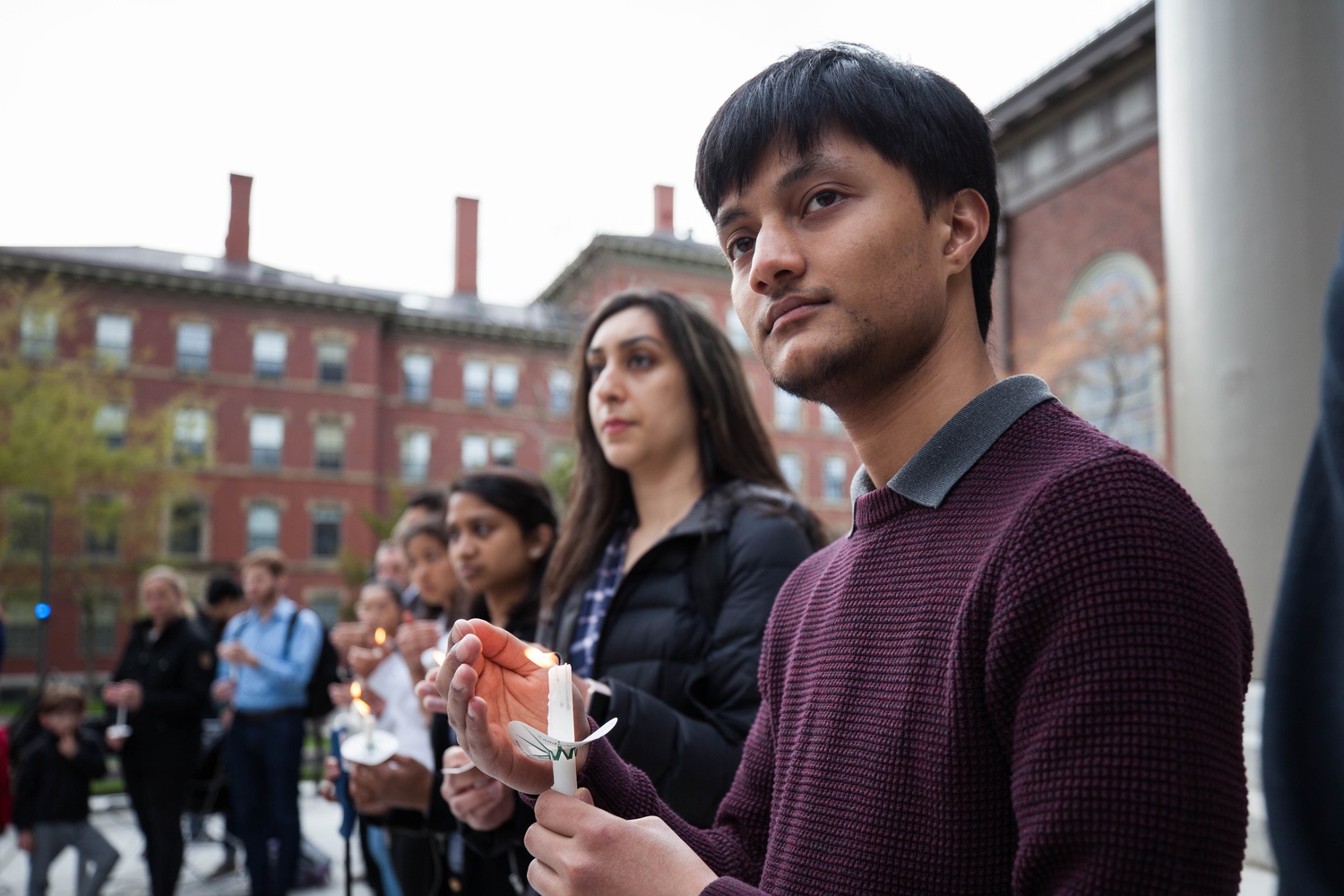 Satish Wasti '21 takes part in a Prayer Vigil on the steps of Memorial Church hosted by several student groups in light of the recent terrorist attacks in Sri Lanka. By Kai R. McNamee
By Ruth Zheng, Crimson Staff Writer

University affiliates gathered on the steps of Memorial Church Thursday evening to honor the victims of a series of coordinated bombings at churches and hotels in Sri Lanka on Easter Sunday.

Roughly 40 individuals attended the vigil on the steps of Memorial Church.

Patrick J. Fiorillo — a Catholic chaplain at Harvard — spoke at the vigil, and Khalil Abdur-Rashid — the University's Muslim chaplain — attended and offered his support to student organizers after the gathering.

The bombings — which took place in three separate cities across the country — shook Sri Lanka early this week. The attacks started in the morning at several hotels and Roman Catholic Churches where attendees were in the midst of Easter services. Two additional explosions took place in Colombo, the capital city, later in the day. Sri Lankan government officials currently estimate the death toll is roughly 250. 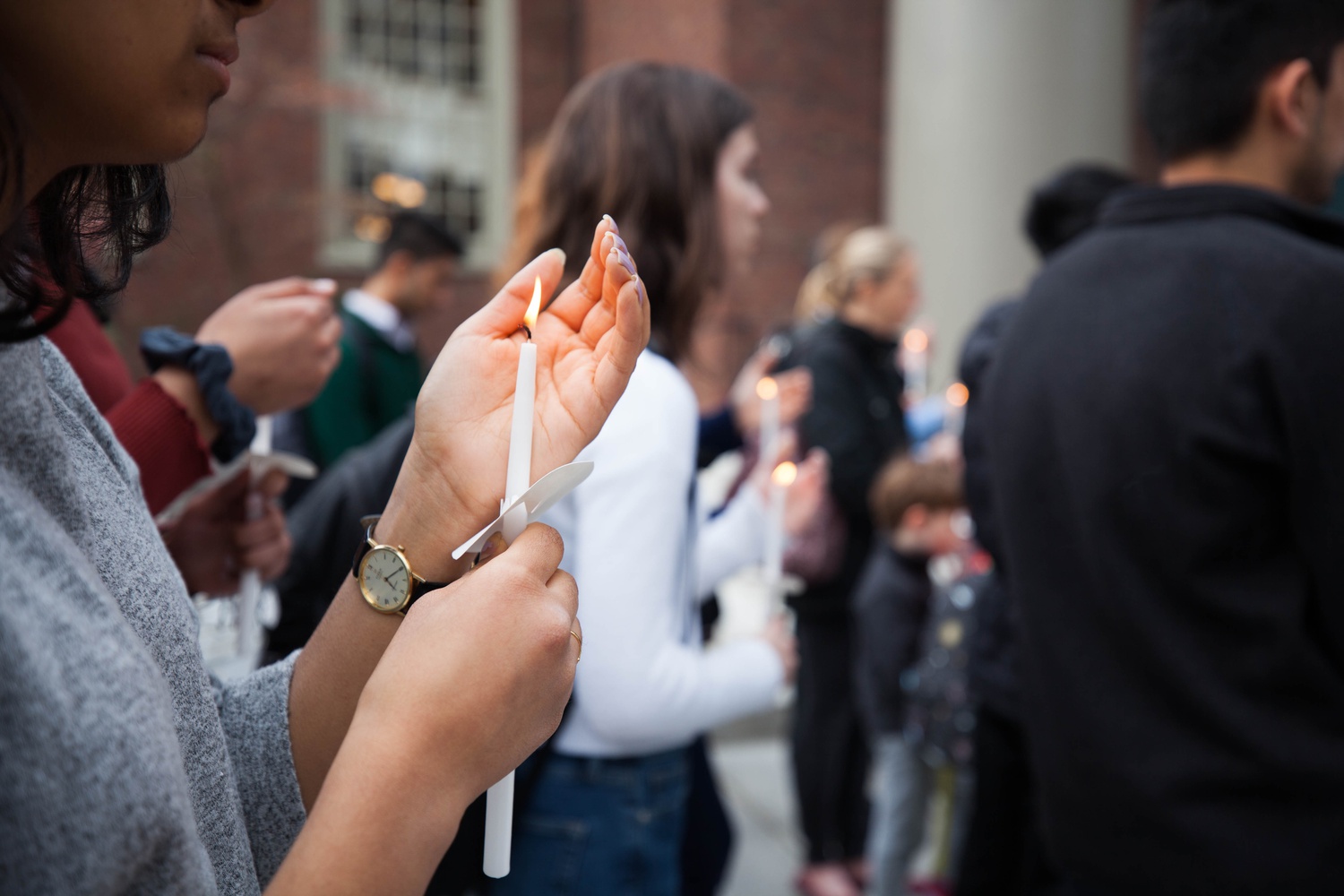 Harvard affiliates lit candles during a prayer vigil for Sri Lanka held on the steps of Memorial Church Thursday evening to remember the victims of the Easter Sunday terror attacks in Sri Lanka. By Kai R. McNamee

Paul said he is grateful to the SAA, which initially decided to organize the gathering, for allowing those most directly affected by Sunday’s events to take the lead in planning the vigil.

“When you hear about these things the first reaction is to make sure your family is okay,” Paul said. “It makes a difference being from there because these sites are all places we have visited, been around, grown up in.”

Sahar Omer ’20, president of the Harvard Islamic Society, spoke at Thursday’s vigil and said it broke her heart to see people persecuted so violently for expressing their spirituality.

Omer said the bombings were “just as disgusting, just as harmful, and just as inhumane” as the recent mass shootings at two mosques in Christchurch, New Zealand.

Mahyaye Vineetha, a buddhist monk from Sri Lanka studying at the Divinity School, also offered a prayer at the vigil.

“We cannot tolerate this kind of tragedy,” Vineetha said in an interview after the vigil. “People are staying at home because they are upset and very afraid of going outside.”

Hishaam also said she felt helpless after hearing about the bombings.

“We’re so far away and we’re so invested — worried, unsure, and terrified. There is barely anything we can do except for send a few messages,” she said. “There is such a big part of me that wishes I could go back there and help people and do whatever I can.”

—Staff writer Ruth Zheng can be reached at ruth.zheng@thecrimson.com.