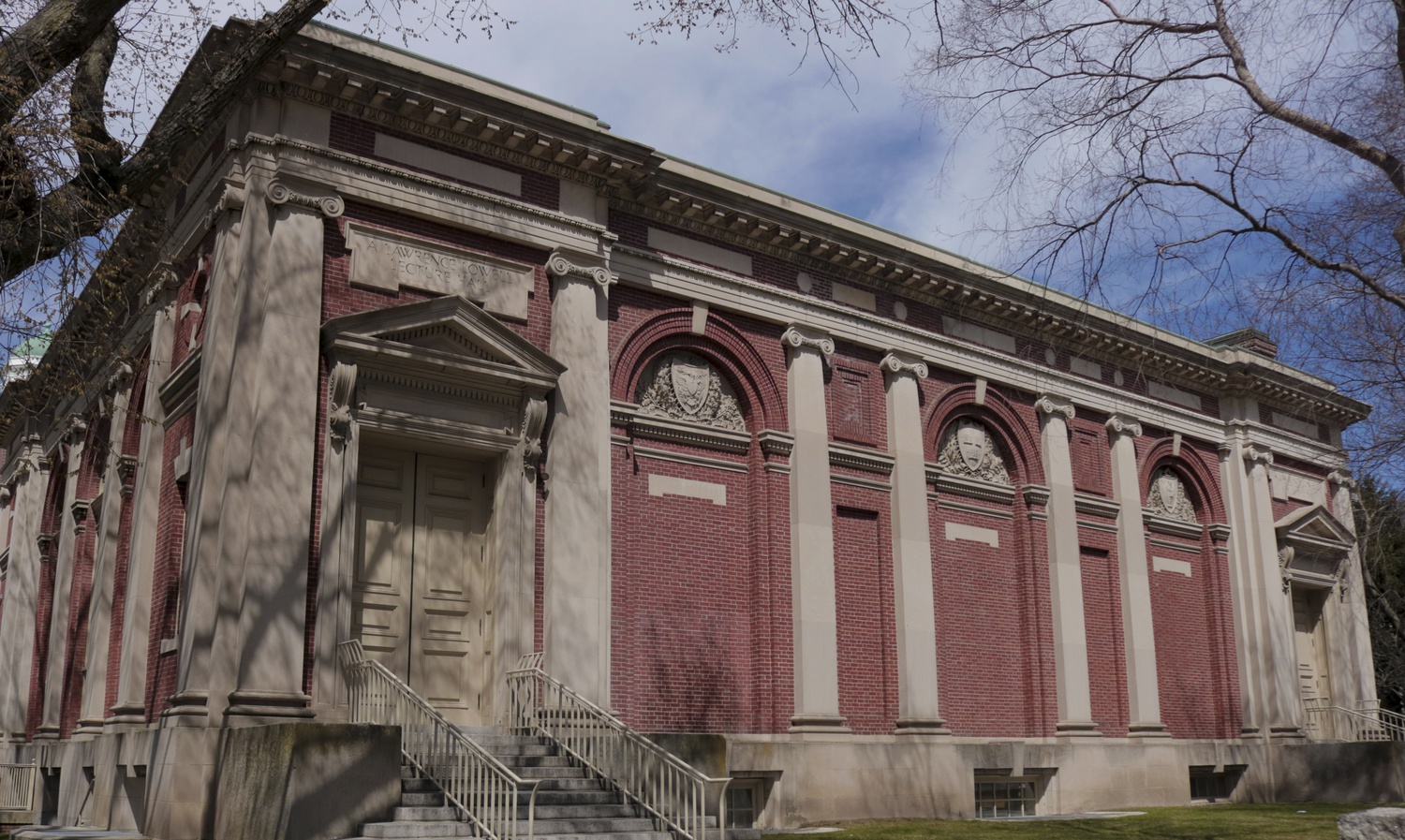 Lowell Lecture Hall is located at the corner of Oxford and Kirkland Streets. By Michelle H. Aye
By Devin B. Srivastava and Ruth Zheng, Crimson Staff Writers

Khalil Abdur-Rashid, Harvard’s Muslim Chaplain, announced Thursday that he intends to host Ramadan programming for students on campus during the month of May.

Ramadan begins May 5, the first time in almost 30 years that it will overlap with spring semester reading and final exam periods at the College. In upcoming years, Ramadan will continue to shift up in the Gregorian calendar.

Ramadan, the ninth month of the Islamic Calendar, is a time when many Muslims fast from sunrise to sundown each day. The University currently lacks a designated space for Muslim students to congregate and break their fast every night for a month, according to Abdur-Rashid.

“The issue of space is very urgent for Muslim students for Ramadan, because there will need to be a space for food,” he said.

The Harvard Ramadan Program, sponsored by the Muslim Chaplain’s Office, will consist of nightly fast-breaking and prayers, followed by communal dinner. Programming will take place in a variety of locations, starting at the Office of the Arts on May 6, before moving to the Student Organization Center at Hilles and Lowell Lecture Hall on subsequent days.

Abdur-Rashid said a variety of venues have agreed to accommodate Muslim students this year as a temporary solution, but the issue of space will need to be addressed for years to come.

Facing several hurdles in its effort to find locations, the Chaplain’s Office assembled a Ramadan committee to establish programming and secure spaces. This year’s committee, composed of religious students and leaders from across the University, included Abdur-Rashid, and Sahar Omer ’20 and Laila Tauqeer ’21 of the Harvard Islamic Society.

“The students have been proactive in engaging with us over the past year about how we can best support them and the Muslim community during Ramadan,” O’Dair wrote in an emailed statement.

“It has been helpful to think through the supports needed in the coming years as Ramadan will fall during exam period,” O'Dair added, acknowledging future challenges with scheduling given that Ramadan will begin to fall earlier in the semester in upcoming years.

Abdur-Rashid ended his email announcement by promising students that his office will continue its efforts to obtain “a single location next year for the full month of Ramadan Programming on campus.”

Bilal Wurie ’21 said that despite the logistical challenge of securing a single space, he is appreciative of the efforts that have led to the current arrangements.

“I want to applaud those people who have been dedicating time to make sure we have the resources we do have in place,” he said.

—Staff writer Ruth Zheng can be reached at ruth.zheng@thecrimson.com.