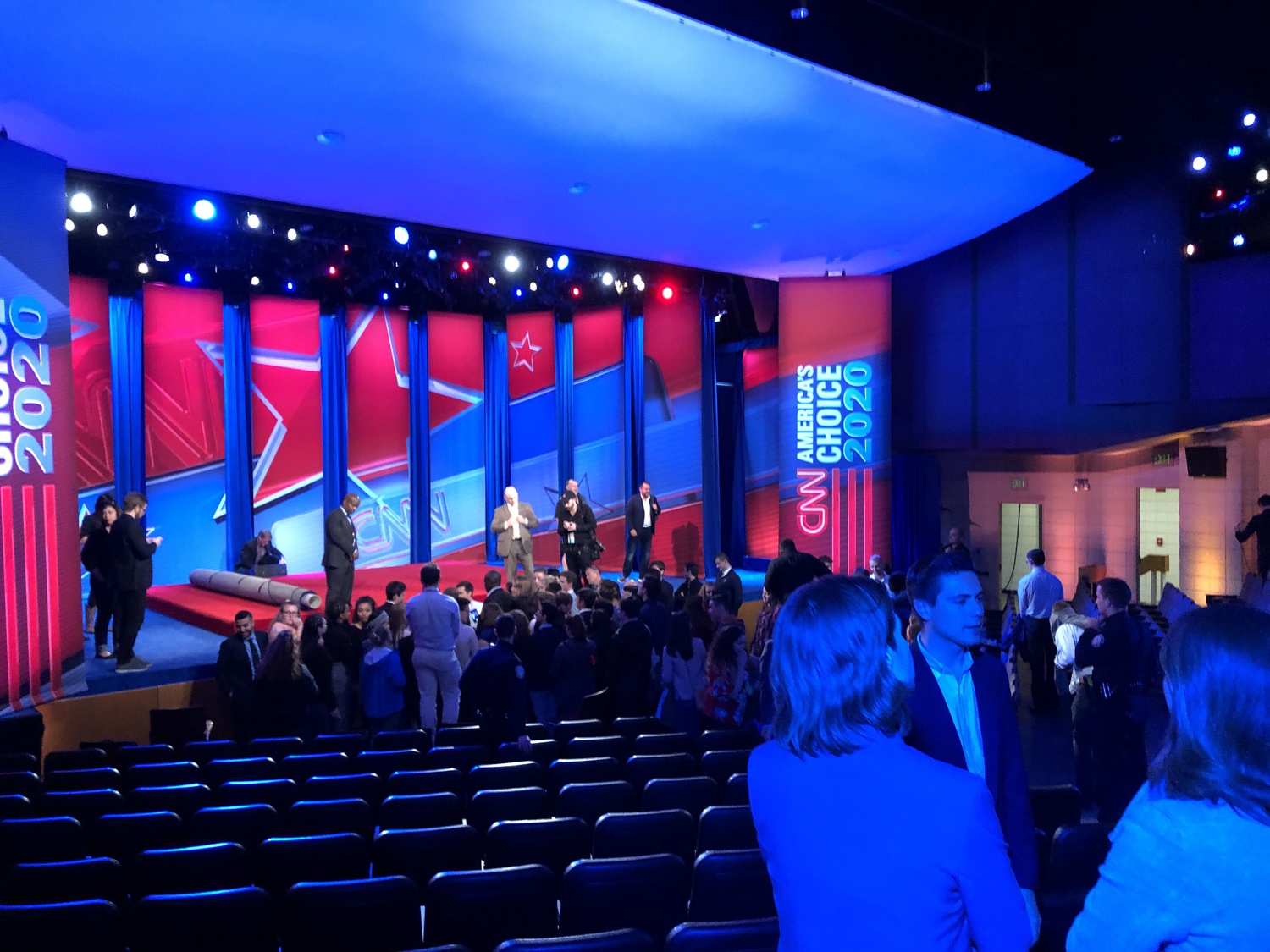 Five prominent Democratic presidential candidates fielded questions about everything from student loans to climate change at a town hall Monday evening co-hosted by CNN and Harvard’s Institute of Politics that featured an audience of young voters from more than 30 states.

Roughly 500 young voters attended, 200 of them from Harvard’s various schools. The town hall, held at Saint Anselm College in Manchester, N.H., coincided with the release of an IOP poll showing that more than a third of the voters in the 2020 election will be Millenial and Gen Z voters.

Prior to the event, students filled out an application that required them to submit three potential questions for each of the five candidates, as well as three general questions that could be asked of any of the five. Popular themes among the chosen questions included the cost of a college education and the burden of student debt, the looming perils of climate change, and the Mueller report and its investigation into President Donald Trump’s ties to Russia.

Related: [Relive the town hall through The Crimson's live updates]

“Part one is that we say that we're going to roll back student loan debt for about 95 percent of students who have debt,” said Warren, who is also a Harvard Law School professor emerita. “Part two is to make sure that we never get in this mess again on student loan debt and that is to make college universally available with free tuition and fees.”

The candidates also agreed that Trump must be further investigated, and some said Congress should strongly consider impeachment. Sanders, however, said he is concerned that conversations about impeachment could take away from discussion of other vital issues including climate change and minimum wage.

During his hour, Sanders faced a question about whether certain felons should retain their right to vote. Sanders said all citizens should be able to vote, a response that prompted some applause. But when Buttigieg answered the same question a few hours later in the negative, he received even greater applause.

The candidates also received questions about their plans to tackle climate change, and all said they support the goals of the Green New Deal, a progressive proposal that includes broad initiatives for tackling climate change.

“[The Green New Deal] puts timelines in effect. It appreciates that we need to take this seriously and the clock is ticking every day on this issue, and every day we fail to act will be to our collective consequence,” Harris said.

Klobuchar did not directly say if she would support the deal but instead said she would bring back Obama-era environmental policies.

“As your president, on day one I would get us back into the international climate change agreement,” Klobuchar said. “On day two and day three, I would bring back the clean power rules that the Obama administration worked out that will make a big dent in this.”

“And I would propose sweeping legislations for green buildings and new ideas,” she added.

Students who attended said they appreciated having the chance to go to the event. The IOP rented four buses to shuttle students to and from New Hampshire Monday night, and paid for their dinners. Some students said they were not surprised the IOP sponsored such an event.

“I think that there's a lot of things that the IOP does like this. And given the connections that they have to the political world, it seemed very fitting,” said attendee Nicholas T. Wyville ’20.

Attendee Sean P. Quirk, a student at Harvard Kennedy School and Harvard Law School who served as an officer in the U.S. Navy said he appreciated the format of the town halls.

“Because the town halls were back-to-back, we got to see some of the exact same questions answered from different candidates. And it created almost like a case study of how to answer a question or how not to,” Quirk said.

Fengyao “Diana” Ding ’20, who asked Harris a question, said she found the experience to be both “nerve-wracking” and exciting.

“I was like trembling for a solid minute,” she said. “It was really cool how the entire time it was basically just students asking questions… It really lived up to the spirit of what a town hall is supposed to be.”

Several students said the town hall could impact their vote during the Democratic primaries. Danielle Foltz ’20 said she thought Warren gave “direct” and “thorough” answers. She said she was also moved by Harris’s discussion of maternal mortality, a topic on which Foltz said she may write her thesis.

IOP President Anna L. Duffy ’21 said the IOP chose to co-host the event to “engage” and “excite” students. Nearly all of the students who received an offer to attend after applying accepted the invitation, Duffy said.

“I think that just says something about the enthusiasm for this event on Harvard's campus,” Duffy said. “Lately, we've been seeing actually a spike in terms of voter engagement among millennials, and our generation. So [co-hosting the event is] recognizing that and recognizing the influence that young people can have on politics today.”