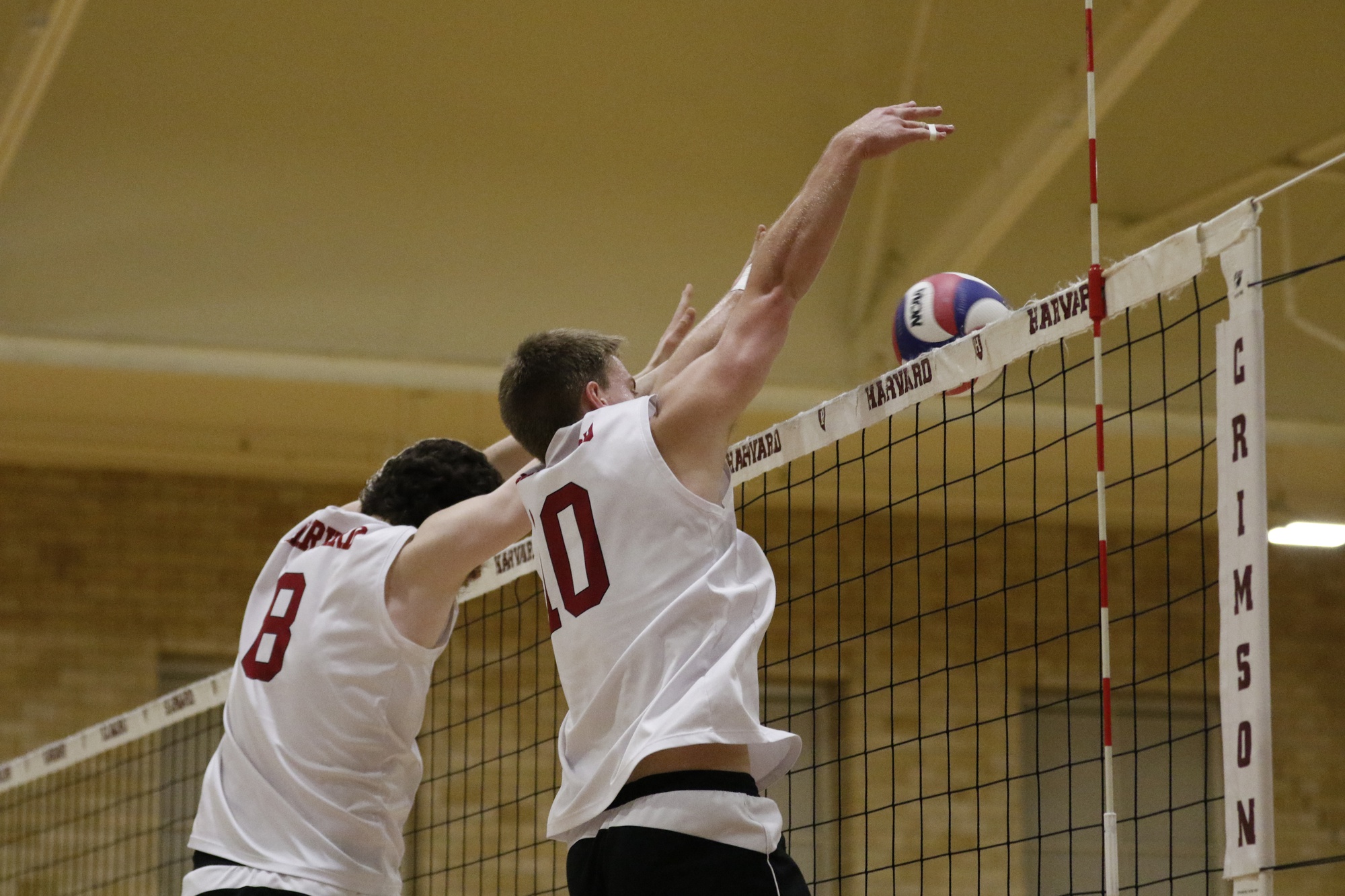 The Crimson won three sets on the weekend, but could not pull out a victory. By Timothy R. O'Meara
By Matthew Mu, Crimson Staff Writer

The Harvard men’s volleyball team hosted two competitive MIVA teams this past weekend at the Malkin Athletic Center, but will need to wait another weekend to earn its second win of the year.

On Saturday night, Harvard (1-5, 1-0 EIVA) faced the Purdue Mastodons (5-4, 0-0 MIVA). The first set of the match showed both teams prowess as the set came to a deadlock near the end. A quick timeout before match point saw the Crimson take a point to bring the score 23-24 before they ultimately fell to Mastodons 23-25.

Coming into the second set, both teams were once again at a stalemate until freshmen Eric Li’s kill early into the set allowed Harvard to go on an offensive tear. The Crimson maintained the 4 point lead throughout the rest of the set, ultimately closing the it out 25-21.

Harvard continued its pace into the third set until Purdue solidified its defense midway through the set. However, the Crimson continued to push through, equalizing the score at 22-22. Two quick points from the Mastodons forced a timeout before match-point eventually gave Purdue the set, 25-23.

Down 1-2 in sets, Harvard’s defense staggered, allowing the Mastodons to widen a gap with a strong kill by No.5 Colton Stone. Purdue’s offense was too much to contain for the remainder of the set, resulting in a 16-25 set and a Crimson loss.

“Every match we’ve competed well in and have had chances to win,” head coach Brian Baise said. “It’s really encouraging, but we are struggling to have everyone together playing well on the same night. We served better and had fewer errors, but they just had a few weapons that were really tough, such as No. 14 Pelegrin Vargas.”

The Crimson came out with high intensity, able to match the Cardinals and pull out a 25-22 first set win.

In the second set, Ball State came back with a resounding 25-19 effort over Harvard, equalizing the match at one apiece. An intense third and fourth set resulted in the Cardinals and the Crimson each taking a set, leaving the match at 2-2.

“I didn’t think we did quite as good as job getting in front of the hitters,”junior co-captain Matthew Ctvrtlik said. “Against their strongest hitters, we weren’t getting great touches and they were getting easy kills. I thought that defensively we have a good core group of guys to dig balls, we just have to give them the opportunity to dig balls.”

Despite sophomore Griffin Schmit’s match high 20 kills throughout the match and Ctvrtlik’s 46 assists, The Crimson was unable to capitalize in the fifth set, resulting in Ball State’s 3-2 win over Harvard.

In looking forward to in conference matches against Penn State and Saint Francis next week, Baise preached better set-up play.

“We need to continue to work on our serves and receives,” Baise said. “We’re a much better team when we’re passing well. We also have to get better defensively and lock down other’s offenses. Back row defense can definitely be worked on and so can the serve. We’ve got to be aggressive and get opponents off the net if we’re going to win.”

“We’ve lined up well and have gotten good touches,” Ctvrtlik said. “However, we can definitely improve our bonding on the court. Once we can get a couple more games on our belt, I think we’ll definitely be on the same page and everything will start clicking together.”

—Staff writer Matthew Mu can be reached at matthew.mu@thecrimson.com.