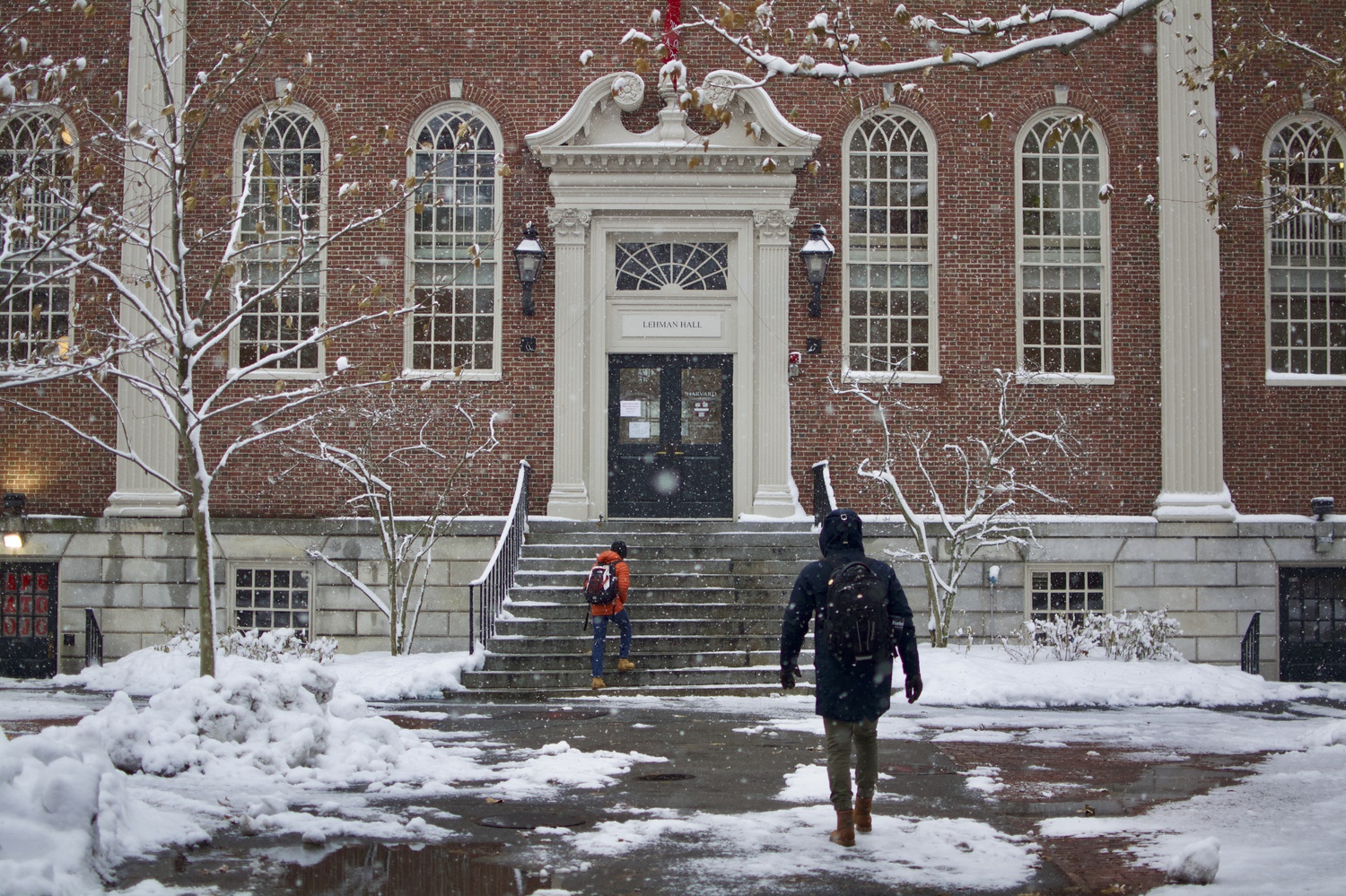 Nearly a quarter of surveyed doctoral students across the University are at risk for moderate to severe depression and anxiety, two Harvard College Institutional Research representatives reported at the Graduate Student Council’s meeting Wednesday.

Since 2017, the University has administered 42 unique surveys. Eleven of the surveys contain directly comparable data and average a response rate of 54.4 percent.

Regarding departmental culture, on average, 44.8 percent of students reported “knowing where to turn” for “advisor issues,” 50.5 percent “feel comfortable sharing personal concerns with a faculty member,” and 76.3 percent feel their department faculty are “moderately or very much” invested in the success of their research.

Pearce highlighted the proactive role students have played in facilitating the surveys.

“There’s no other research like this right now,” Pearce said. “We need students to play their part. We need you to mobilize your departments, to come to us and ask for us to do this. We want to do this for you.”

Student proactivity is especially important in departments that may resist administering the surveys, according to Pearce.

The GSC announced at the end of the presentation that the executive board is applying to the Presidential Innovation Fund to create a $25,000 “Mental Health Award” to be regularly given to the GSAS department which best addresses mental health issues.

GSC President Zachary M. Hayworth said in an interview that the GSC is currently in conversations with GSAS administrators and HCIR to determine more “concrete” ways to address mental health issues.

“It’s a call to action,” Hayworth said. “It shows us why we exist as an advocacy body. We’re all hands on deck for partnering with the administration for finding and implementing solutions.”

Recent years have seen GSAS students compete under the banner of Dudley House in the College intramural sports league. Dudley House will officially transition to the GSAS Student Center during the 2020-2021 academic year, leaving GSAS students without an athletic league of any form.

GSAS Athletic Fellows are working with College, University, and GSAS administrators to formulate a solution. One option on the table is creating an independent GSAS intramural league.

“We’re trying to come up with a plan that will give us our own independent IM league within GSAS, or possibly open it up to other schools beyond GSAS,” Callison said.

Callison said that administrators have “a fair amount of concern” that losing athletic facility access and competitive teams may lead to negative mental health effects as well.

“This is important. Being physically active impacts your mental health. There’s a fair amount of concern on behalf of the deans with us no longer having access to sports,” Callison said. “We want to make sure going forward that we still have access to gyms and courts and we aren’t pushed out.”