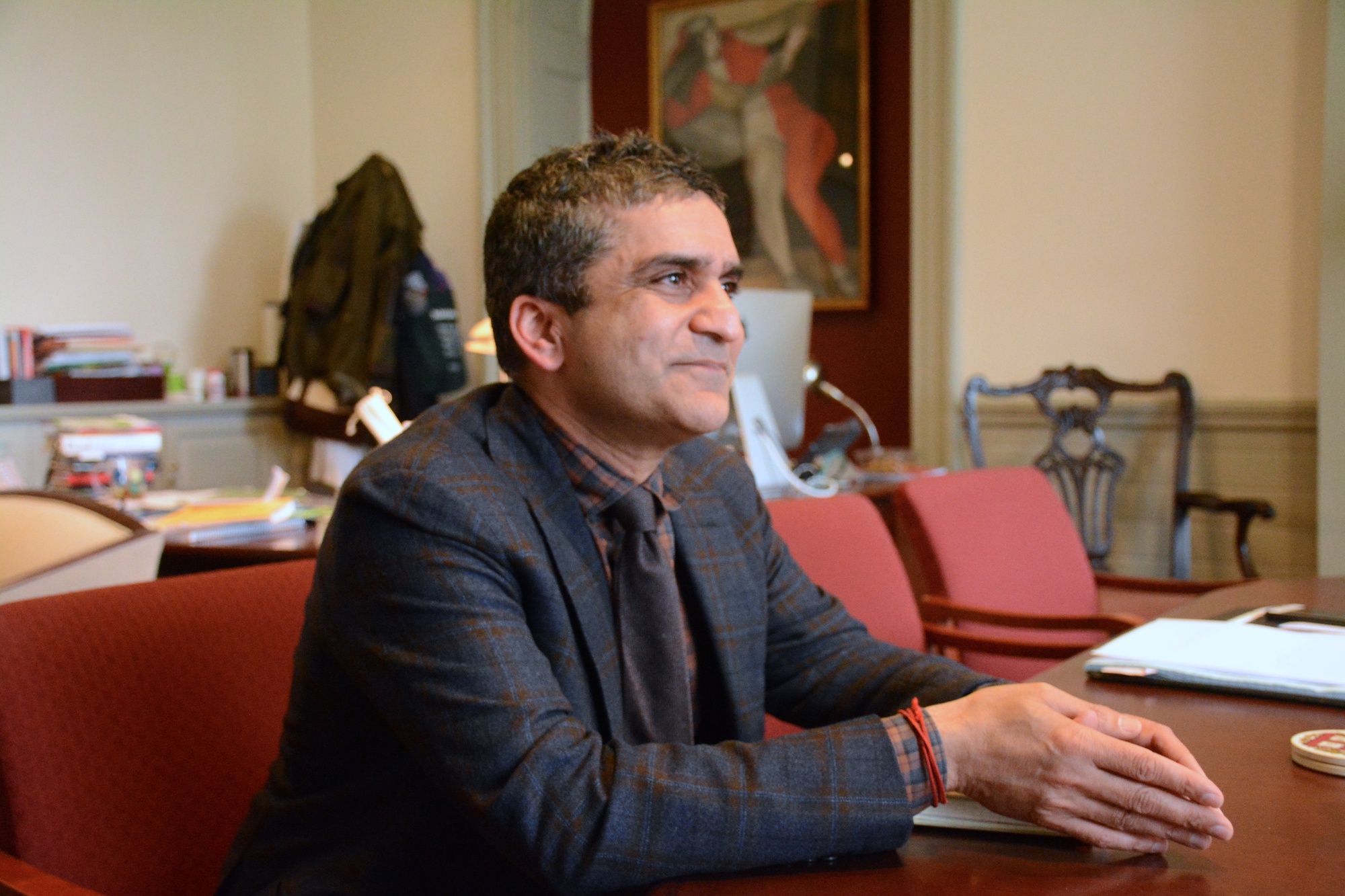 Dean of the College Rakesh Khurana pictured here in his office in April. By Delano R. Franklin

Dean of the College Rakesh Khurana said he hopes the athletics review — which Dean of the Faculty of Arts and Sciences Claudine Gay announced earlier this semester — will center around improving student-athletes’ health and wellness.

He noted that Mercer — the outside firm Harvard tapped to lead the search — will conduct a “multi-method” review to gather a wide variety of feedback from student-athletes and Athletics staff. The review, chaired by Khurana and top administrators including Gay and Athletics Director Robert L. Scalise, is currently underway and will examine the department’s culture and structure.

“The hope is that through those different methods, especially those that focus on the student-athlete experience, will allow us to both identify those issues, to give clarity and definition to them, and the contours of them, to understand where are areas that we need to improve,” Khurana said. “I think that's why for me, it's quite important that the student-athlete experience and their health and wellbeing really be the sort of guiding star for us around that.”

Harvard launched the review earlier this year following a tumultuous period for athletics on campus and nationwide. In March, federal authorities revealed a scheme in which parents of college applicants bribed coaches at elite universities like Yale and Stanford to recommend their children for admission as athletic recruits. Harvard was not directly implicated in the scandal.

Soon after the admissions scandal broke, the Boston Globe reported that Jie Zhao — the parent of two current and former Harvard fencers — bought former head fencing coach Peter Brand’s Needham, Mass. home for hundreds of thousands of dollars above its assessed value. After examining the matter, Harvard dismissed Brand. The case is now the subject of a federal grand jury probe.

In an interview last month, Gay said the athletics review is unrelated to Brand’s case. She and Khurana both cited the 2026 anniversary of the naming of the first Athletics director as the driving force for the review.

Still, Khurana said the review will reaffirm the department’s values in a period of turmoil for athletics nationally.

“Recognizing the context is constantly changing for college athletics in the national discourse, how do we stay true to our Ivy League values that literally gave definition to what the Ivy League is?” he said. “The Ivy League is an athletic conference, not, sort of, schools that have ivy — like the plant.”