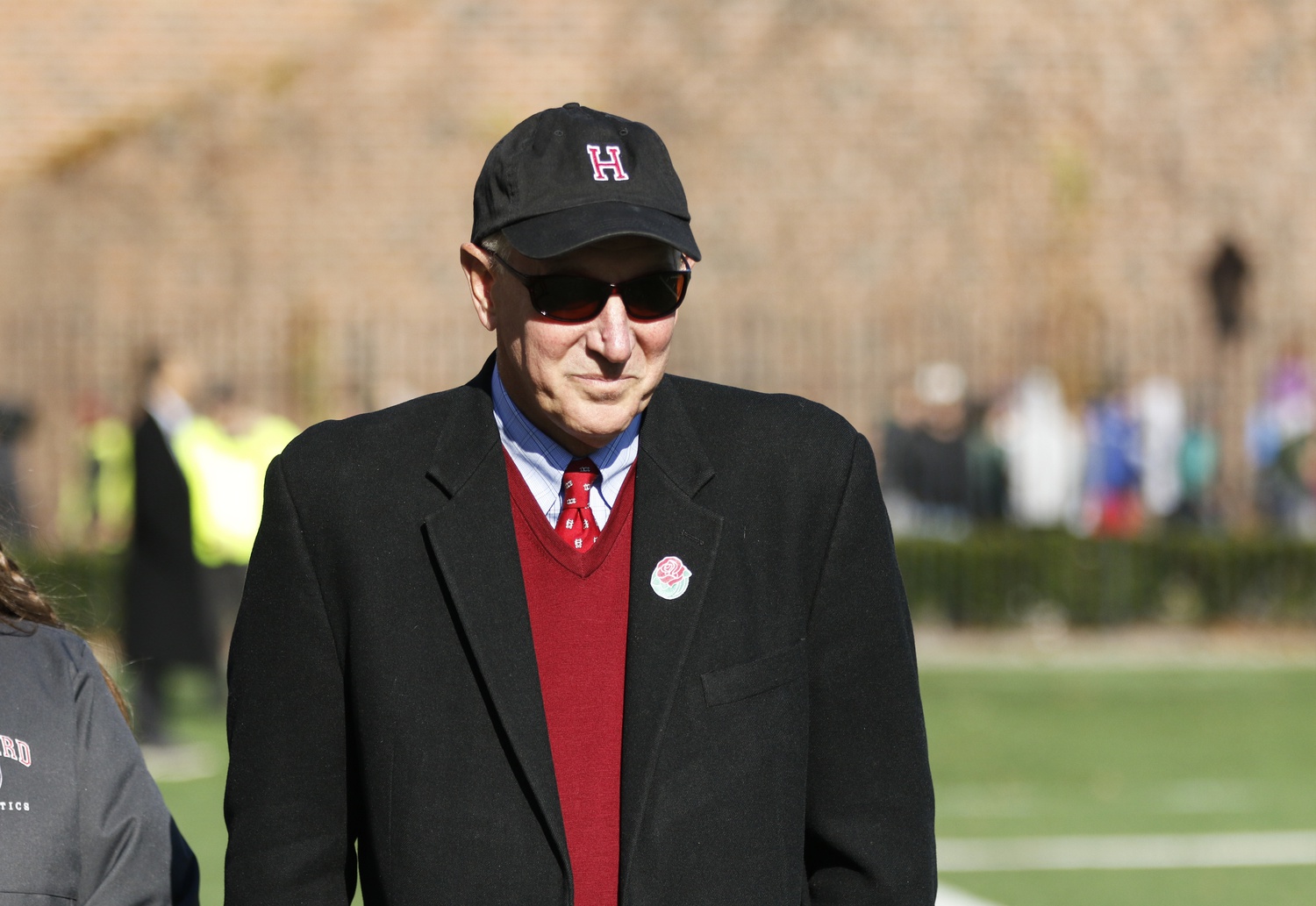 Director of Athletics Robert L. Scalise walks along the sidelines at the Harvard Dartmouth game earlier this month. By Timothy R. O'Meara
By Devin B. Srivastava, Crimson Staff Writer

Dean of the Faculty of Arts and Sciences Claudine Gay announced Thursday the composition of a University-wide committee to find a replacement for longtime Athletics Director Robert L. Scalise.

Former Dean of the Faculty of Arts and Sciences Michael D. Smith will chair the six-person committee, according to Gay’s emailed announcement, which she sent to Harvard Athletics affiliates. The other members are former Athletics Director John “Jack” P. Reardon ‘60, Dean of Students Katherine O’Dair, Cabot House Faculty Dean Stephanie R. Khurana, Professor of African and African American Studies and Philosophy Tommie Shelby, and former Vice Chair of the Board of Overseers Gwill E. York ’79.

Jed Hughes and Tierney Remick of outside consulting group Korn Ferry International will aid the search. Hughes has spent 20 years coaching football at the professional and intercollegiate level and is Korn Ferry’s Global Head of Sports Practice. Remick currently serves on the Leadership Board of Harvard Kennedy School’s Women and Public Policy Program.

Scalise, who has served as Athletics Director for the past 18 years, announced in October that he would retire in June. He wrote in an email to the Athletics Department last month that he will continue to serve as an adviser for Gay on athletics throughout the 2020-2021 academic year.

The consultation meetings will give affiliates of Harvard Athletics a chance to offer their input on the “qualities, experiences, capacities, and vision” that they hope to see in the new director and to share the issues they believe the new director should prioritize, according to the website.

The search for Scalise’s successor comes during a time of nationwide turbulence surrounding college athletics.

In March, the United States Department of Justice charged more than 50 individuals for partaking in a nationwide admissions scandal to win the children of wealthy parents admission to elite universities. As part of the scheme, some varsity coaches received bribes to falsely classify applicants as prospective varsity athletes, vastly increasing their chances of admission.

Coaches at multiple universities — including Yale and Stanford — were implicated. Though Harvard itself was not involved in the scandal, six Harvard alumni were charged for participating in the illegal scheme.

A month later, Harvard grappled with a scandal of its own that resulted in the firing of head fencing coach Peter Brand after he violated the University’s conflict of interest policy. Brand had sold his home for more than $300,000 above its market valuation to the family of a prospective fencer, the Boston Globe reported in April.

Last month, the NCAA announced that student-athletes could profit from their names, images, and likenesses, a decision that could impact thousands of student-athletes at Harvard and across the nation. Scalise has said in the past that he believes student-athletes should not be compensated in any way for their athletic abilities, past those expenses that playing their sport incurs.

Contemporaneously to the search for a new Athletics director, outside consulting firm Mercer is conducting a review of the Athletics Department. Scalise said in October that the study will primarily focus on the “structure” and "culture” of the department.

Membership of the committee conducting the review has not been announced publicly.