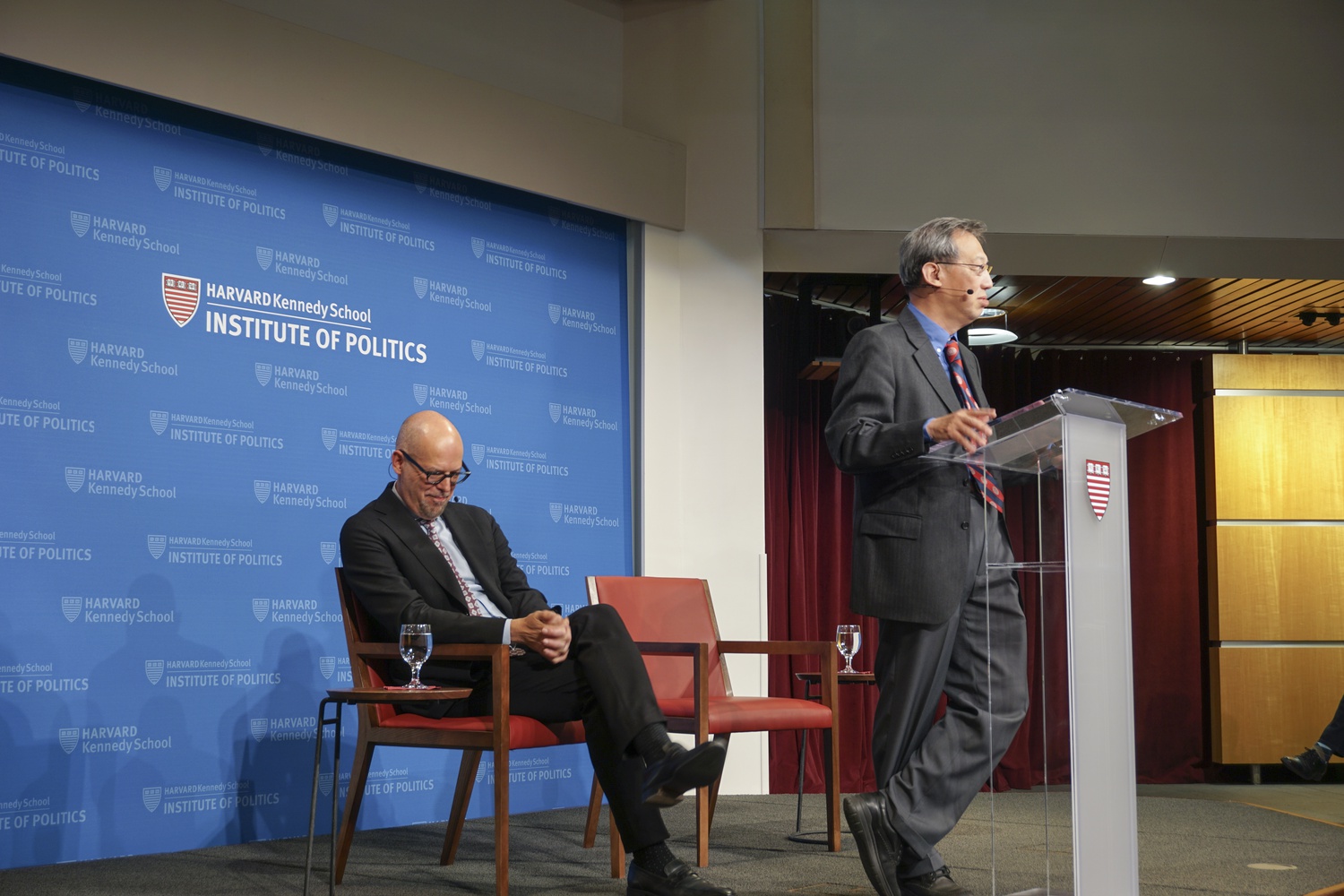 Chen Jian, a Professor of History at Cornell, spoke at the JFK Jr. Forum about China and his forthcoming book about Zhou Enlai Monday evening. By MyeongSeo Kim
By Brammy Rajakumar and Raphaelle Soffe, Contributing Writers

Chen Jian, a history professor at Cornell University, discussed his upcoming biography of Zhou Enlai — the first Premier of the People's Republic of China — examining Zhou's role in Chinese political history, during a talk at the John F. Kennedy Jr. Forum Monday evening.

Logevall introduced Chen as one of his “dear colleagues,” citing their 25-year-long friendship. Chen began the talk describing how his view of Zhou put forward in his book differs from other historians'.

“Intentionally or not, Zhou put democracy, freedom, and a full development of individuality ahead of those collective values [held by former Chairman of the People's Republic of China Mao Zedong]. While some call Zhou a Mao-enabler, I say that he was also a Mao-controller,” Chen said. “Only by becoming a Mao-enabler would he be able to be a Mao-controller.”

“In the age of [President Donald] Trump and [Chinese President Xi] Jinping, I wish we could have a Zhou,” he added.

Extrapolating from his discourse on Mao and Zhou, Chen questioned the state of Chinese-style communism in the modern world.

Andrew W. Shen ‘23 said he enjoyed the event, particularly because of his personal interest in Zhou.

“I spent half my life in China, half my life in the States, and I’m really interested in Chinese history,” Shen said. “It was a really great opportunity to come out and hear about Zhou Enlai, who is someone who I personally admire.”

Jason M. Kelly, an assistant professor at the U.S. Naval War College who had Chen as a dissertation advisor, said he hoped Chen’s biography would use new archival evidence to reshape the debate over Zhou’s relationship with Mao.

“There is a need for a biography on Zhou Enlai to offer a real, fresh reassessment based on the material available,” Kelly said after the talk.