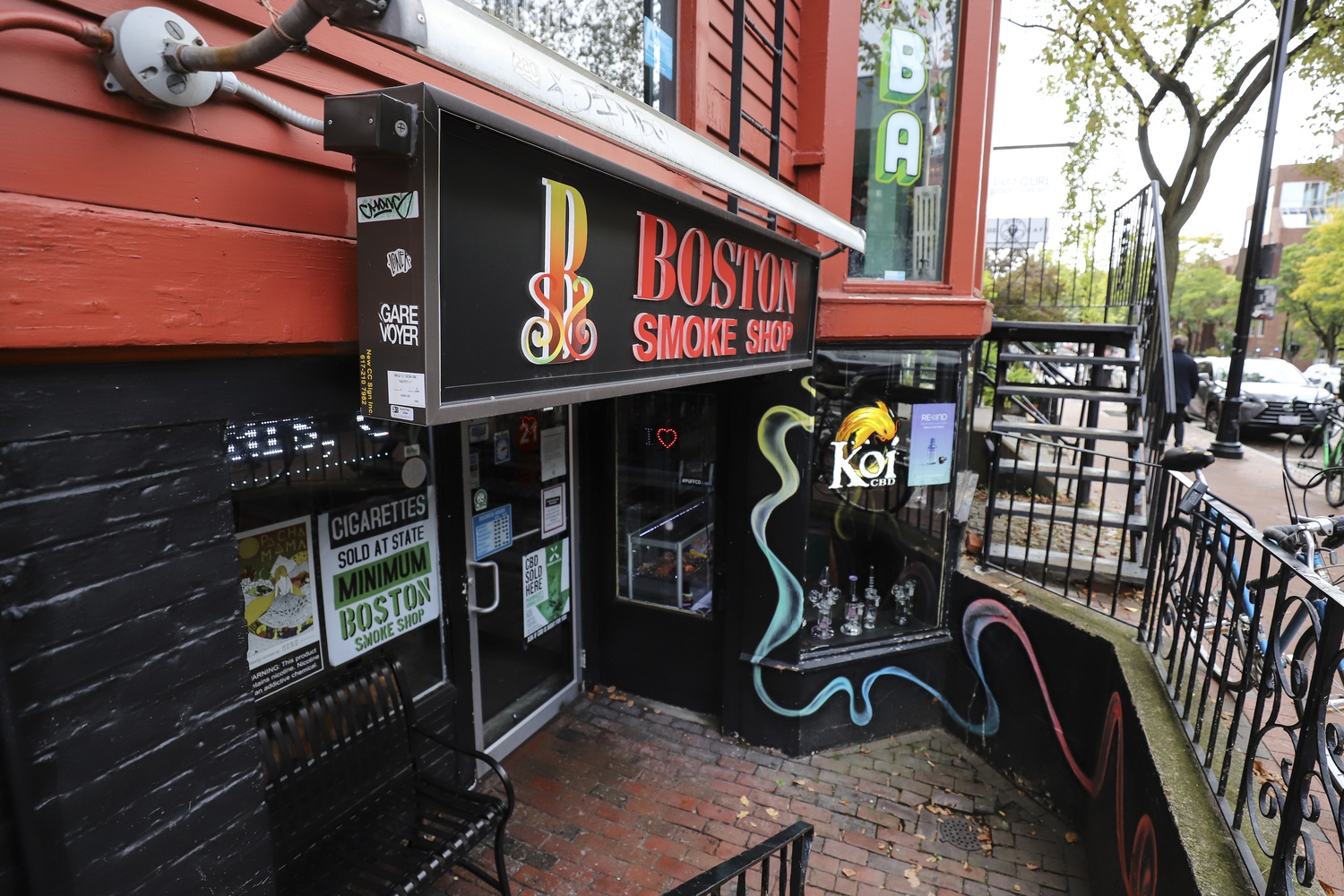 Massachusetts' emergency ban on the sale of all vaping products will affect businesses like Boston Smoke Shop, which is located on JFK Street near Harvard Square. By Kathryn S. Kuhar
By Ellen M. Burstein and Sydnie M. Cobb, Crimson Staff Writers

Governor Charlie Baker ’79 announced Sept. 24 that Massachusetts is facing a public health emergency and will institute a four-month ban on the sale of tobacco and marijuana vaping products.

In recent months, states around the country have seen a sharp uptick in the number of reported vaping-related illnesses, particularly among young adults. Alabama saw a death from a vaping illness on Wednesday, bringing the nationwide toll to 17 individuals. The Center for Disease Control announced last week that more than 800 cases of vaping illnesses have been reported in the United States.

A report from the Mayo Clinic published Wednesday in the New England Journal of Medicine found that young adults suffering from vaping-related illnesses have exhibited lung damage characteristic of chemical burns.

Massachusetts is the fourth state to institute a ban on the sale of vapes and vaping-related products.

Jeremy Hardy, an employee at Boston Smoke Shop in Harvard Square, says that he believes the ban does not appropriately address pressing public health concerns like cigarettes.

“I think the ban is absurd,” Hardy said. “They say it’s for health reasons, but I have a ton of cigarettes over there. We know those kill tons of people every day.”

A spokesperson for Baker’s office did not respond to multiple requests for comment.

David E. Bershad, one of the owners of local vape product chain Vape Daddy’s, said his business model has suffered under the new ban.

“We have nothing to sell,” Bershad said. “Ninety-five percent of what we sold was vaping-related, specific to nicotine.”

“We’re not going to wait out the ban, we’re just going to close,” Bershad said. “Who can survive four months without selling anything? I’m sitting on $80,000 worth of inventory that I paid for that I can’t sell.”

Boston Smoke Shop has faced similar issues with continuing to meet the demands of its patrons.

“Vaping products are just short of 50 percent of what we sell,” Hardy said. “People would come in here and buy things along with their vape stuff, and now they are just not coming in at all.”

Peter L. Laskin ’23 said he thinks the ban is an appropriate measure until researchers can identify the health risks associated with vaping.

“There hasn’t been a lot of research on the long-term effects, and given that there is a concern now about health effects, I think it’s a reasonable thing to do,” said Laskin.

Chet A. Ellis ’23 said that despite the risks associated with vaping, he is worried that individuals who have used vaping products to beat cigarette addictions will fall back on their previous habits in the wake of the ban.

“Now that they don’t have access to vaping, they have to go back to more scientifically-proven harmful methods to get their nicotine fix,” said Ellis.