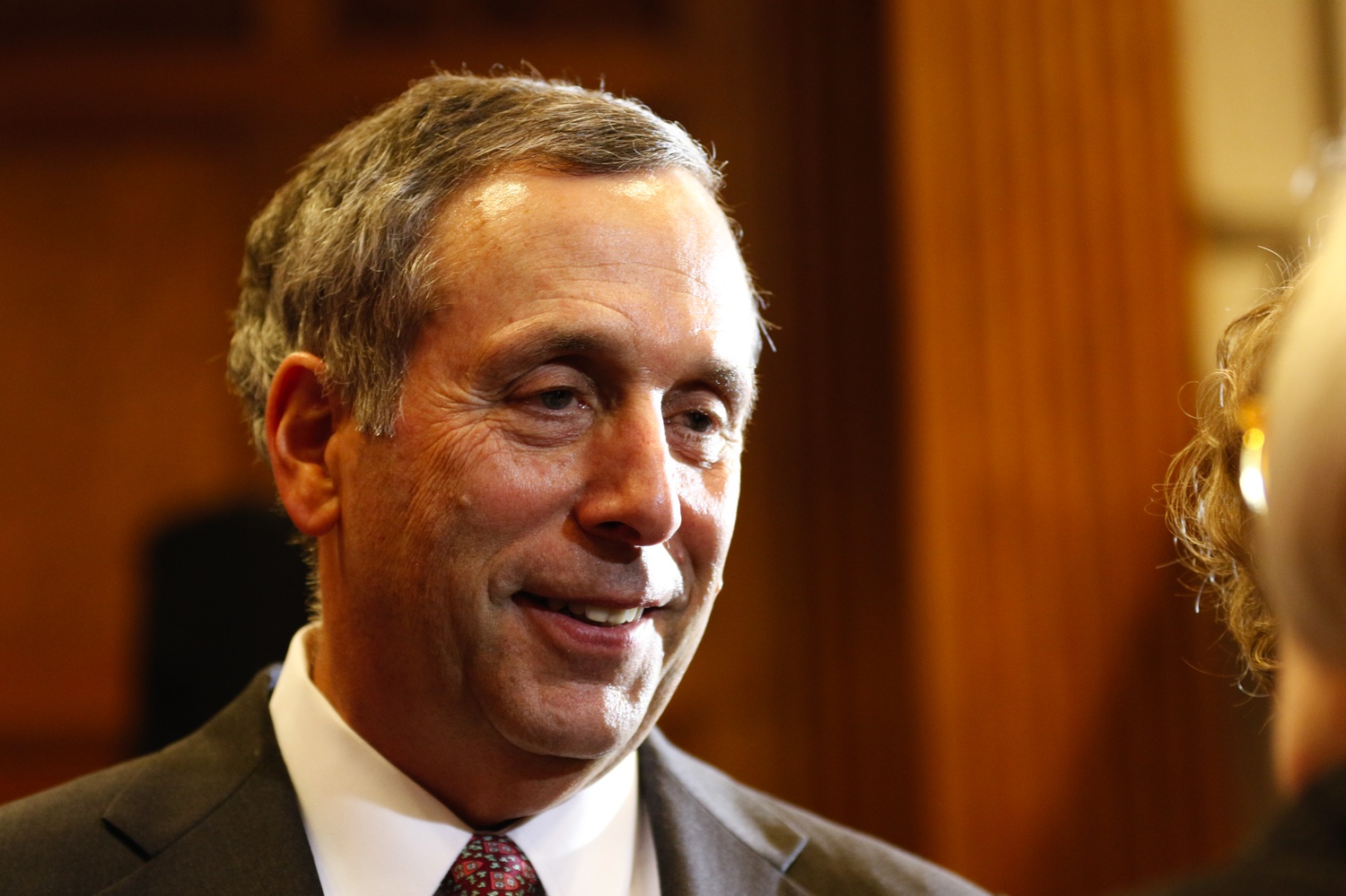 When President-elect Lawrence S. Bacow assumes the helm of the University in July, he will also take responsibility, in part, for Harvard’s $37.1 billion endowment. University administrators say Bacow’s experience as a member of the Harvard Corporation—the University’s highest governing body—will help him transition well into his new role.

The performance of Harvard’s endowment has faced close scrutiny in recent years. In 2016, the University lost nearly $2 billion in endowment value. The following year, the endowment recorded an 8.1 percent return on its investments, an Ivy-League low which Harvard Management Company CEO N.P. “Narv” Narvekar described as “a symptom of deep structural problems at HMC.”

Bacow’s presidency will not mark the first time he has navigated Harvard’s finances. Thomas J. Hollister, chief financial officer of the University, said the president-elect has also been “intimately involved” in the financial affairs of the University as a Corporation member.

“Larry is uniquely qualified in many regards,” Hollister said in an interview. “In the case of finance in particular, he chaired the facilities committee here at Harvard for the board, and he most recently in the last three or four years has chaired the finance committee.”

Jennifer Dilts, assistant vice president of finance, said Bacow has always been “incredibly generous in his feedback” as a member of the finance committee.

“As part of his role on the finance committee, he’s been really engaged and thoughtful,” Dilts said. “He’s a helpful thought partner for us to think about both big picture ideas of finance but even more into the details of the kinds of analysis and scenarios we might present.”

The endowment’s underperformance has drawn some calls for change. Days after the presidential search committee publicly announced they had selected Bacow as Harvard’s 29th president, alumni from the Class of 1969 wrote to Bacow to suggest the University invest in lower-cost index funds tracking the S&P 500.

Hollister said, however, that Bacow would likely “spend a lot of time listening and learning” before considering new initiatives.

While the exact shape these cuts may take remains unclear, Hollister said he is sure about one aspect of Bacow’s financial vision.