MIT, Stanford, and every member of the Ivy League, with the exception of Yale, set record-low rates for admission to the Class of 2022.
By Delano R. Franklin, Idil Tuysuzoglu, and Samuel W. Zwickel 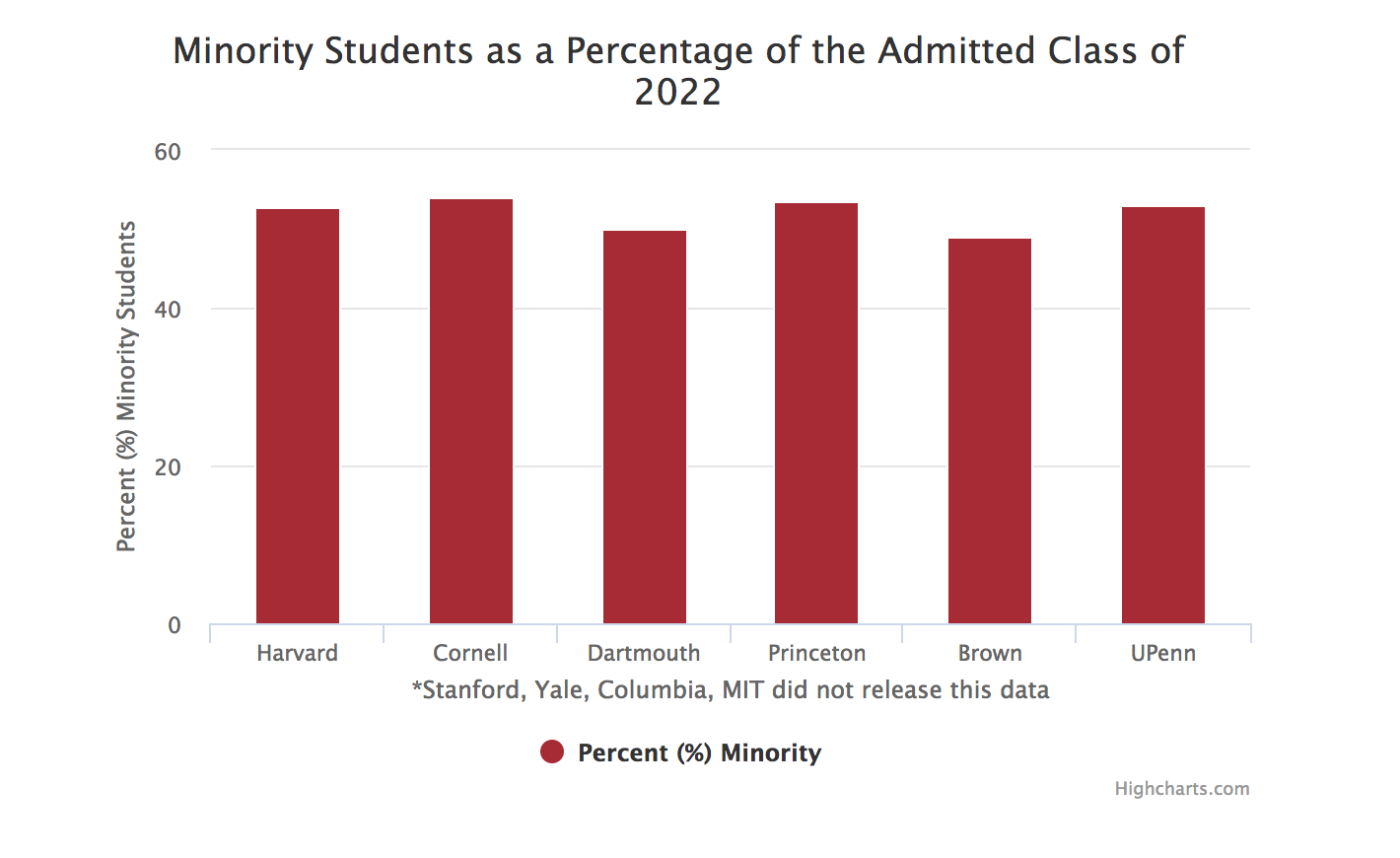 MIT, Stanford, and every member of the Ivy League, with the exception of Yale, set record-low rates for admission to the Class of 2022.

Out of the group of 10 schools, Stanford was the most selective, with an admissions rate of 4.3 percent. For the fifth year in a row, Stanford had a lower rate than Harvard, which accepted 4.59 percent of students who applied—marking the first time the College has ever dipped below 5 percent.

Admissions rates at Harvard and at universities throughout the country have been trending downward in recent application cycles. Harvard’s overall and early acceptance rates have decreased each year for the past five years. Rates have similarly decreased at Stanford, Princeton, Penn, and Columbia over the past five years. Yale—which increased the size of its incoming freshman classes beginning with the Class of 2021—saw its acceptance rate rise to 6.9 percent after the school began admitting more students last year, though its acceptance rate dropped again to 6.31 this admissions cycle.

College consultant Steven R. Goodman attributed these highly selective colleges’ plummeting admissions rates to a recent focus on recruiting a broader pool of students, as well as to applicants’ decisions to apply to a greater number of schools.

“I think the key is recruiting, recruiting, and recruiting. And the more students who are recruited to be in the applicant pool, the lower the acceptance percentages are going to be,” Goodman said.

Goodman added that “the numbers rule everything” in light of this shift and said he doesn’t expect the admissions rates to hit a floor.

Trends in early action and early decision rates varied. Neither Stanford nor Columbia released early-action or early-decision data; however, every other school except Harvard saw its early-admission rate decrease. With a 14.5 percent early action acceptance rate, Harvard stayed consistent with last year’s rate.

Phil Trout, the former president of the National Association for College Admission Counseling and a college counselor at Minnetonka High School, said he advises students to apply early to Harvard and similar schools only if they are at the top of the students’ lists. He noted the considerable difference in these colleges’ early and regular admissions rates.

“The statistics are pretty stark if you are on my side of the desk, as a high school counselor, we tell students, or we ask students, ‘Is Harvard on your list, or is Harvard at the top of your list?’” Trout said. “Because a student who applies early action has more than a 15 percent chance of being accepted, a student who applies regular this year and others—2 percent? 2.5 percent?”

Despite the record-low admissions rates for much-coveted spots at these colleges, Goodman said students can find transformative post-secondary scholastic success wherever they matriculate.

Six of 10 provided data about the ethnic and racial make-up of their admitted classes; at least 50 percent of admitted students identify as minorities. Cornell had the greatest proportion of minority admits, coming in at 54 percent. Approximately 52 percent of Harvard’s admits to the Class of 2022 are minorities. Columbia, MIT, Stanford, and Yale did not publicize racial demographics data for their admitted classes.

Admitted students at all four-year undergraduate institutions have until May 1 to make their final college selections.