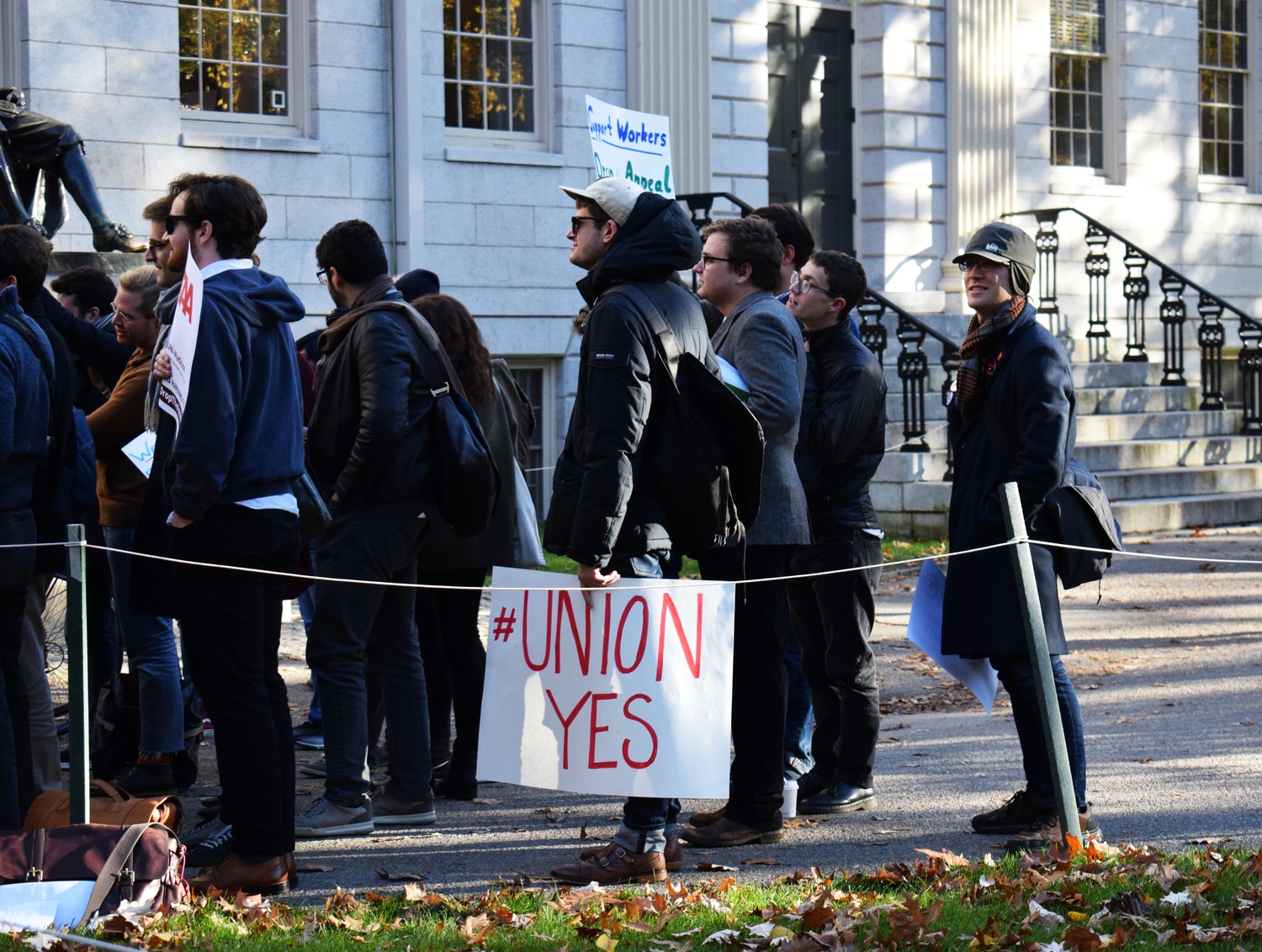 The statement urged eligible students to vote “Yes” in the upcoming April 18 and 19 unionization election. The results of that election will likely determine whether qualifying graduate and undergraduate students earn the right to collectively bargain with the University as members of the Harvard Graduate Students Union-United Auto Workers.

The group’s endorsement came two days after four campus unions and two Boston-area labor groups signed and released a letter advocating for the student worker unionization effort, which has been ongoing since Harvard's first unionization election in 2016.

“Student workers have the same problems [as other workers] like sexual assault, getting proper wages, getting healthcare, things like that,” said Nirav R. Sookhai ’21, the College Democrats’ treasurer, who said he helped organize the endorsement.

Devontae A. Freeland ’19, president of the College Democrats, said the endorsement forms “part of our institutional planning to try to prioritize allyship on campus more.”

In 2016, the College Democrats established a new board position focused on campus outreach to further the club’s goal of supporting other student groups’ campaign efforts.

Nathaniel R. Braffman, a graduate student and supporter of the HGSU-UAW, wrote in an emailed statement that he is excited about the club’s endorsement.

“It's great to hear that the Harvard College Dems recognize our work to protect student workers from exploitation, harassment, and deportation—many of the reasons I support a union here,” Braffman wrote.

Freeland said the College Democrats will continue to discuss how to best support the union in the coming weeks.