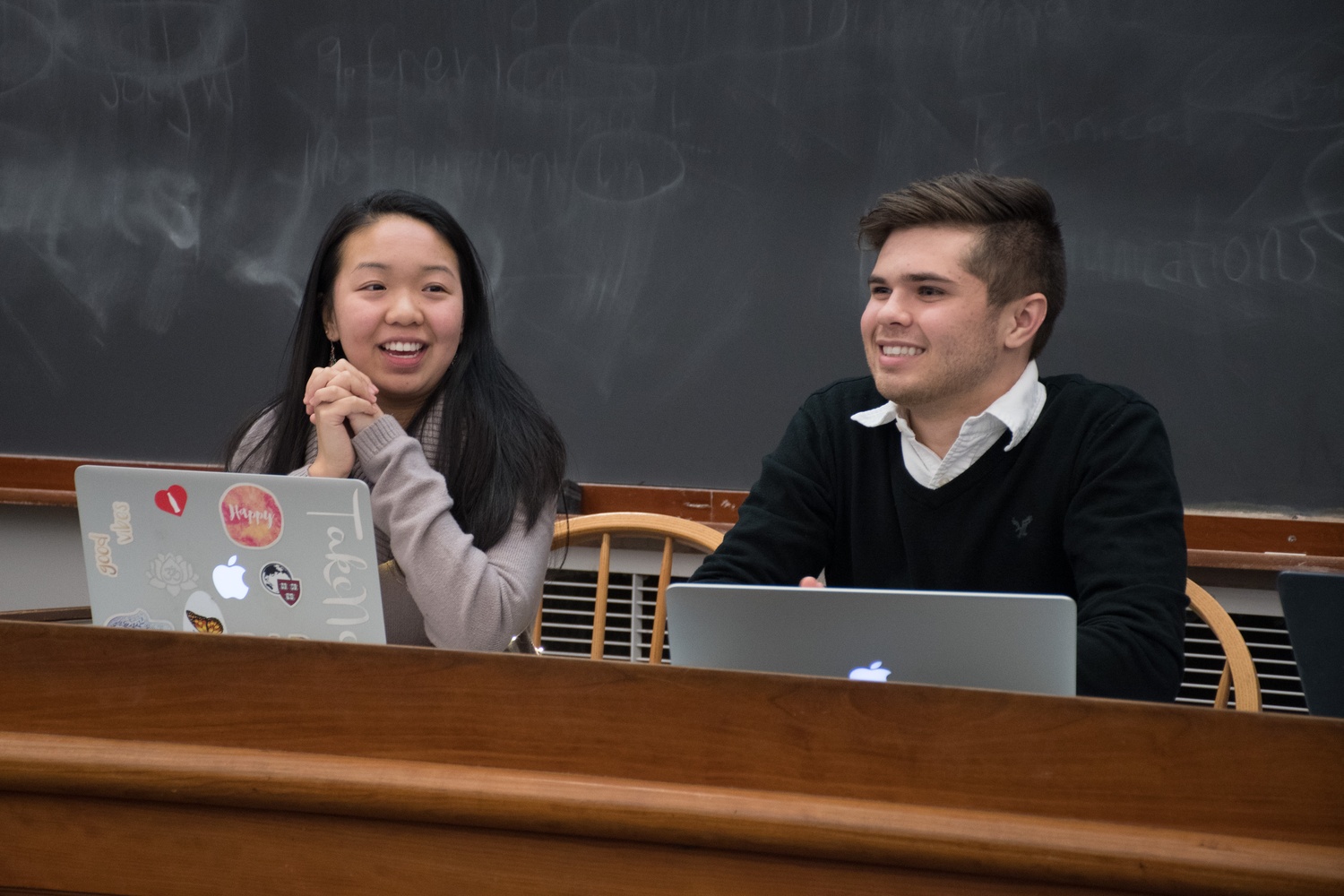 In their first official meeting at the helm of the Undergraduate Council, UC President Catherine L. Zhang ’19 and UC Vice President Nicholas D. Boucher ’19 introduced a piece of legislation that brings together student groups to throw a social event.

The legislation created the Matchmaker Collaboration Grant, a signature initiative proposed in Zhang and Boucher’s campaign for UC leadership last month. The grant will utilize two burst packs—$3,000 sums meant to spur a wide range of initiatives intended to benefit the College’s student body. Boucher said the idea was inspired by what he called a lack of social opportunities on Harvard’s campus.

“The general idea is Harvard is decentralized," he said. "We want to fix that we want to add new social spaces. It’s something that we've been very passionate about."

“We’re trying to create as low a barrier to entry as possible,” he said.

Winthrop House representative Evan M. Bonsall ’19 questioned whether or not the Council should pair random groups instead of groups that share similarities.

“Do you feel that $6000 might be better spent trying to connect groups that might actually maybe have something in common or might really particularly benefit from collaboration?” he asked at the meeting.

Boucher said that the pairings should be random, as the legislation is intended to spark interactions between students that otherwise wouldn’t happen.

“Because Harvard is such a decentralized campus, we don't have a lot of those spontaneous random interactions that we would if we, say, had a multicultural center,” he said.

The Council also voted to endorse a resolution that calls on Harvard to create more summer opportunities for students interested in public sector work.

They also agreed to fund two burst packs—totalling $6,000—for six peer counseling groups to use towards “furniture and space expenses” for their spaces. Boucher said, however, that the groups are free to use the funding for other amenities if they choose.

After technology troubles during its November election, the Council also voted to appoint a Tech Chair to work on projects across the UC, but especially to ensure that future elections run smoothly online.

Students complained that the voting system was down for periods of time, and some candidates directed voters to contact Harvard University Information Technology and the Council’s own Election Commission to resolve the issue. Towards the end of the election, some students submitted ballots via email, though they did not count towards the final vote.

The Council also voted to elect Jackson C. Walker ’21 as Secretary and Nadine M. Khoury ’20 as Treasurer. The body will next reconvene next semester.