As one of two former university presidents serving on the Corporation, Tilghman brings acute knowledge of higher education administration to the search process.
By Leah S. Yared 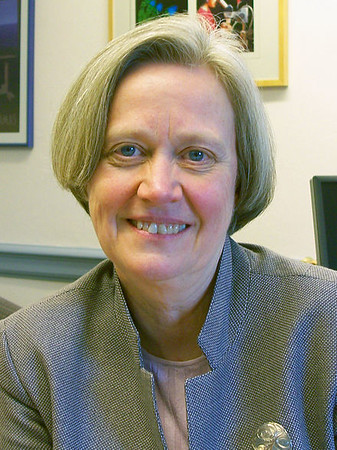 Harvard Corporation member Shirley M. Tilghman knows a good deal about presidential searches, having emerged on top in one herself.

In the coming months, Tilghman will sit on the opposite side of the conference table as she and the other 14 members of the search committee narrow down a list of names, interview candidates, and ultimately select Harvard’s 29th president. As one of two former university presidents serving on the Corporation, she brings acute knowledge of higher education administration to the search process.

Harold T. Shapiro, the Princeton president whom Tilghman succeeded, said he knew early on that she would play a leadership role in the university.

“She’s often quiet, but often very, very effective,” Shapiro said, adding that she was widely respected by the faculty. “Some people just have a capacity to advance the ball down the field with people who have somewhat differing views, but all are trying to do the right thing, so to speak.”

Tilghman may have an eye toward scientists during the search: She completed her postdoctoral studies at the National Institutes of Health, worked on a committee of the Human Genome Project, and founded Princeton’s genetics institute in 1998. In 2002, she was a recipient of the L'Oréal-UNESCO Award for Women in Science.

Harold E. Varmus, a Nobel Prize-winning scientist and former director of NIH and the National Cancer Institute, called Tilghman a “delight to work with.” The two met over three decades ago, and Tilghman served on NIH’s advisory committee while Varmus was director.

“She has been one of the most imaginative and outspoken people on questions that are related to how we attract and train people in the sciences,” Varmus said.

Tilghman has also emphasized both racial and gender diversity in hirings and campus life in her time as Princeton’s president. In 2006, she created Princeton’s Center for African-American Studies. She also oversaw the appointment of four women to positions in Princeton’s senior administration, drawing criticism from a conservative campus journal.

“It doesn’t mean that the person couldn’t be a white male,” Klawe said of the Harvard search, “but it means that we have to be looking for somebody who will be a champion, who will really move the university forward in this way.”

Shapiro added that Tilghman will bring her “extraordinary experience in judgment” to Harvard’s search committee.

“A university president has to be able to say no to a lot of things,” Shapiro said. “The capacity to say no to someone, and yet still have them walk out of that room feeling that you understood them, that you appreciated them, that you wished you could help them but you just can’t do everything, is not a talent everybody has. And it was clear to me that she had that talent in dealing with issues that came before her.”