Harvard-Yale Game Will be Played at Fenway Park in 2018 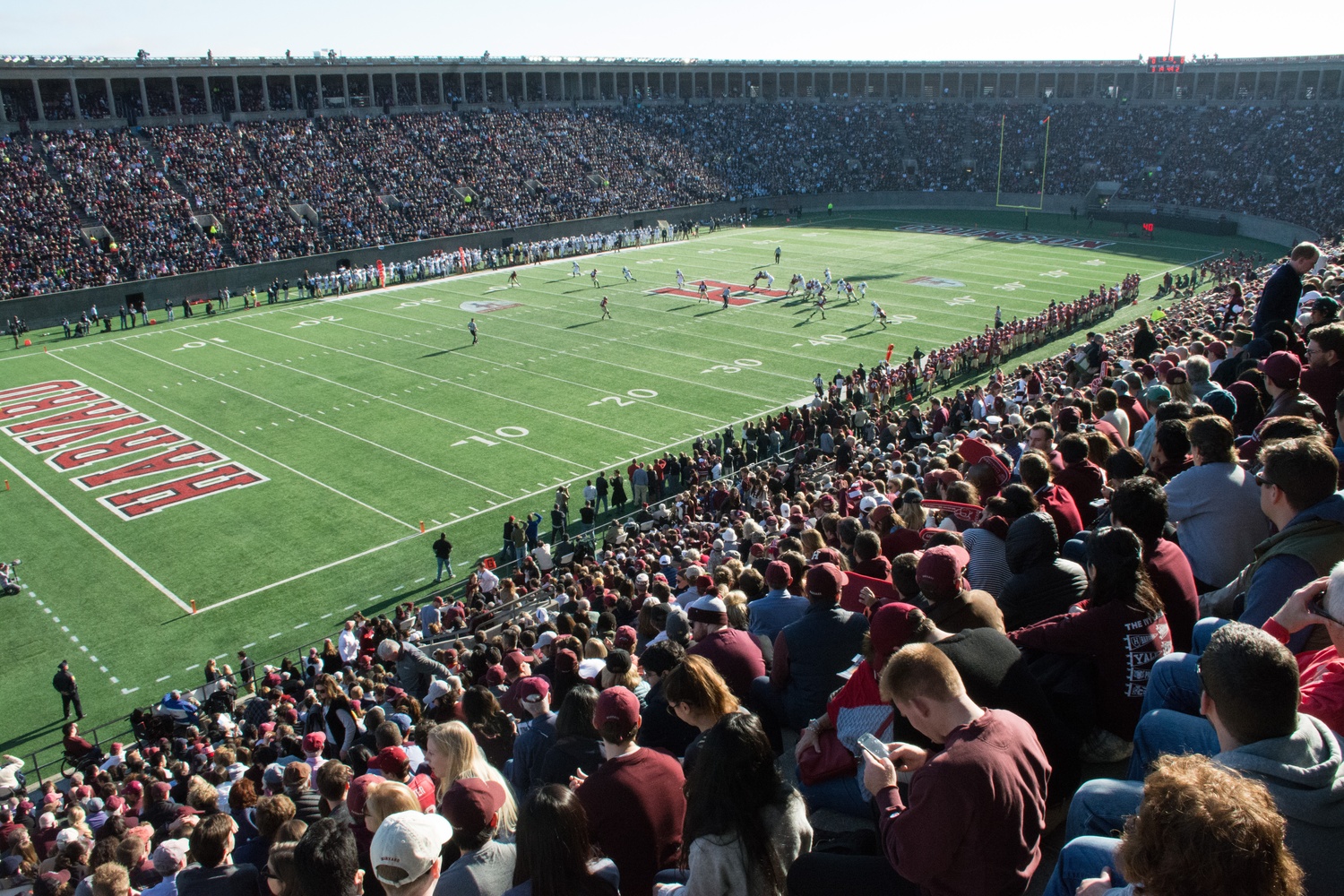 Instead of its usual venue at the Harvard Stadium pictured), the 135th Harvard-Yale football game will be played at Fenway Park next year. By Megan M. Ross
By Kenton K. Shimozaki, Crimson Staff Writer

The 135th meeting of the Harvard Crimson and the Yale Bulldogs will be played at Boston’s Fenway Park instead of Harvard Stadium, Fenway Sports Management announced Wednesday morning.

The annual football match has not been played at a location other than Harvard Stadium or the Yale Bowl since 1912, according to a press release from the Harvard Athletics Department.

The home field of the Boston Red Sox, Fenway Park is located in the Kenmore Square neighborhood of Boston, roughly three miles from Harvard Stadium. It is the oldest park in major league baseball.

“We are very excited to face our historic rivals at Fenway Park, a landmark for New England sports,” Athletics Director Robert L. Scalise said in the press release. “This will be a special experience for our student-athletes, student body, alumni, and fans.”

“Due to the potential restoration work on Harvard Stadium, we will be hosting the 2018 Harvard-Yale game at Fenway Park,” Murphy wrote in the email.

The Athletics Department announced in September that the Stadium would undergo design and engineering studies in fall 2017 “to help inform future stadium improvements.” The Stadium’s renovation and addition also features in the University’s Institution Master Plan for Allston: Harvard plans to repair areas of deterioration, increase accessibility, and construct new locker room and office spaces.

Ticket prices for The Game, scheduled for Nov. 17, 2018, will be announced at a later date, according to the press release.

“To me, Fenway is a super fan experience,” Harvard football head coach Timothy L. Murphy said in the press release. “I know our student-athletes will be very excited about playing our biggest rival at a sold out Fenway Park.”

Harvard Stadium opened in 1903 and predates the construction of Fenway Park, completed in 1912. All other Harvard football home games will be played at Harvard Stadium in 2018, according to the Athletics Department.

Just over a week ago at the Yale Bowl, the Bulldogs defeated the Crimson for the second year in a row, 24–3.