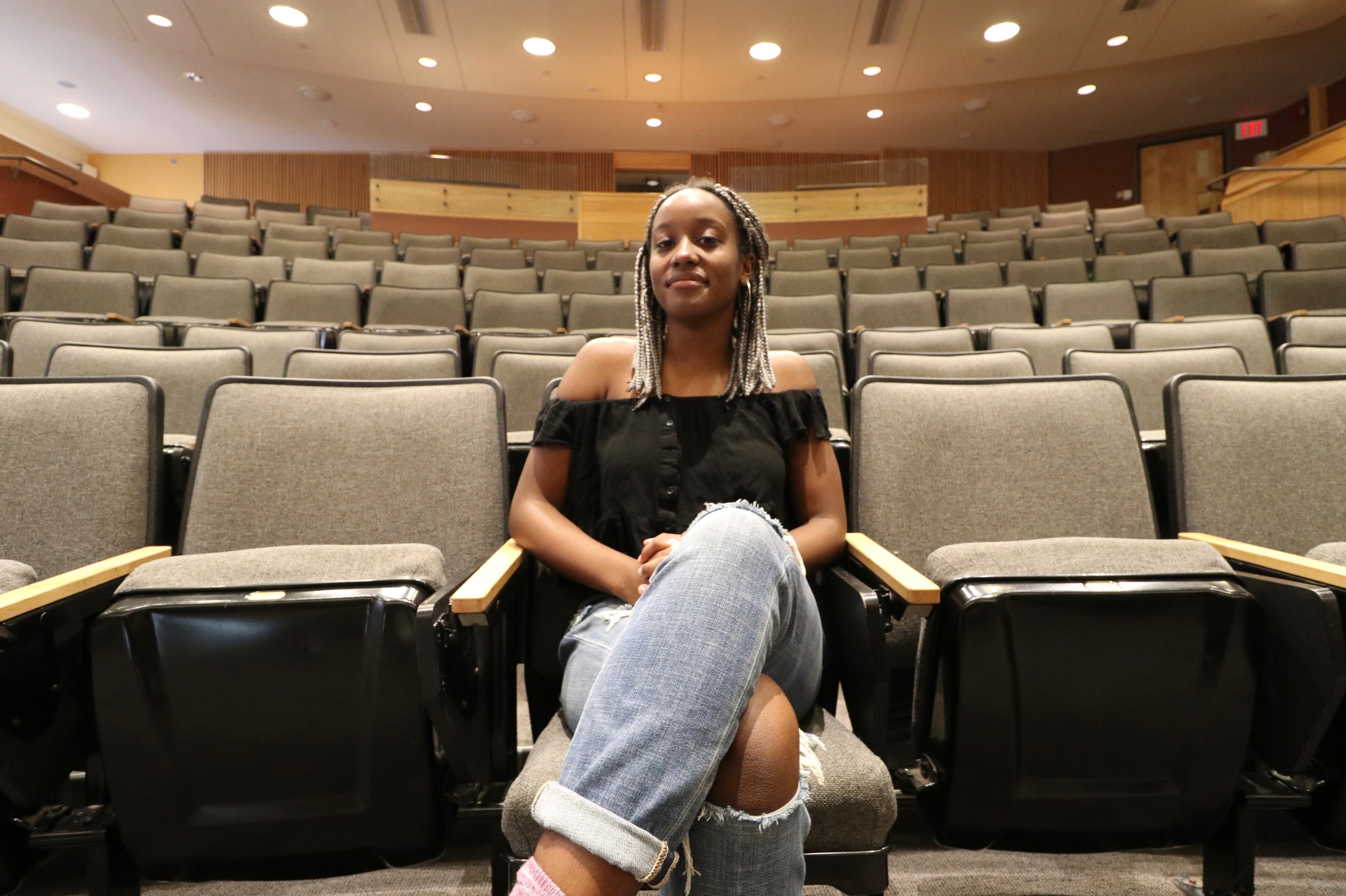 “Well, when I perform naked comedy for example—”

She is explaining her penchant for “breaking norms”; nude stand-up is an example.

Given that imagining the audience naked is an antidote prescribed for performers stricken with stage fright, this role reversal sounds like a special kind of torture—some sort of barbaric, mandated discipline that the Romans might inflict on miscreants too unathletic to participate in the normal fight-till-death bloodshed.

Azor signs up for this activity voluntarily (on a monthly basis, no less) but the hyperbolic battlefield intensity thing might not be too far off. Although she infuses every other sentence with an affable levity, when it comes to the performance of humor—clothed or otherwise—Azor is soberly contemplative.

Her senior year of high school, Azor was involved in a serious car crash. At her first-ever stand-up performance later that year, Azor decided on a whim to bail on the story she had planned. Instead, she talked about the crash. The event was doubly successful: laughter from the audience, and catharsis for her: “It helped me sort through all the weird emotions from crashing your car,” Azor says. 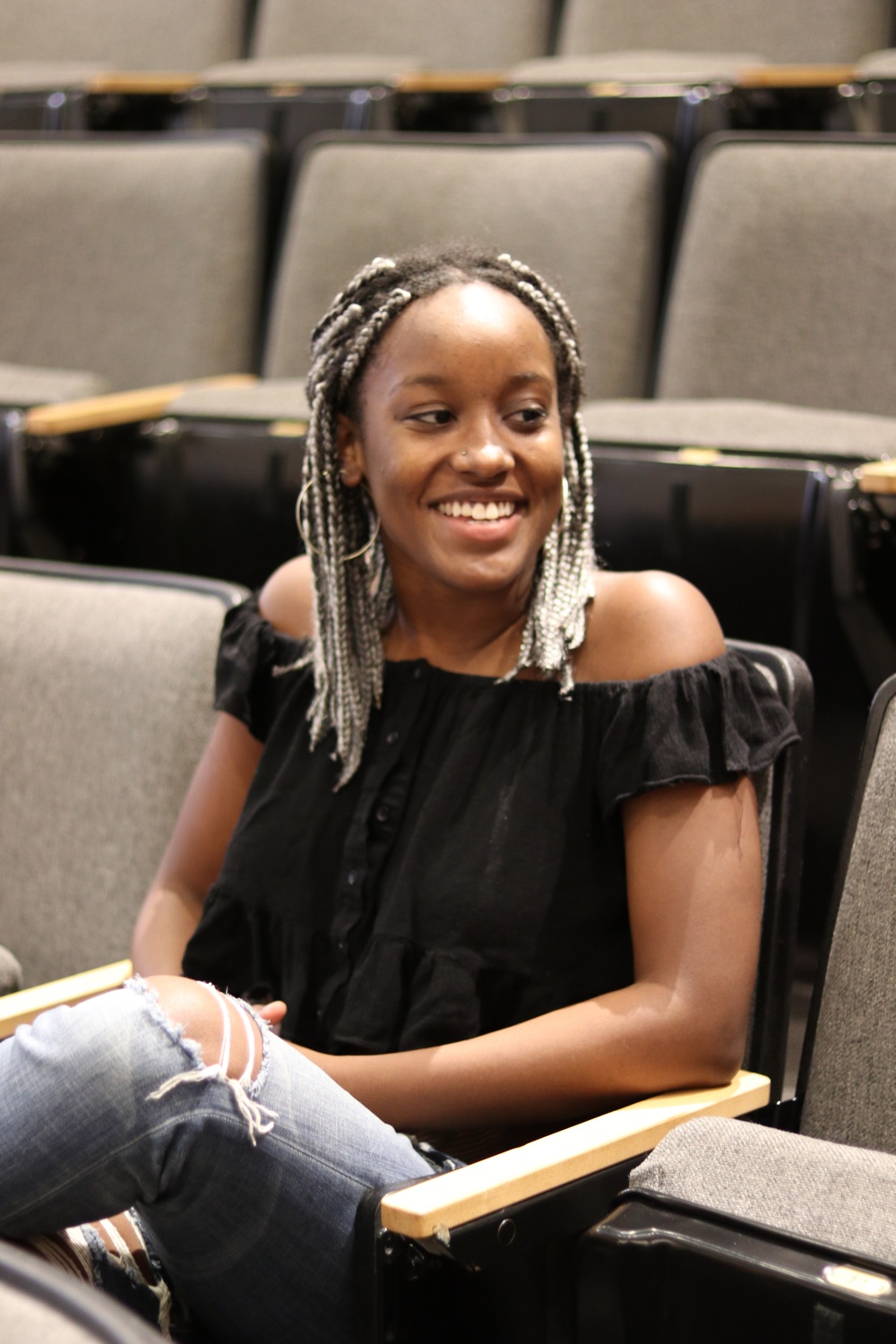 Since then, she says, performing comedy has become a “coping mechanism.” But she also champions its potential salutary effects on society at large.

A self-described natural storyteller, Azor says most of her humor derives from her own experiences—“but I’m also a black woman, so a lot of that experience is inherently political.” She says she made the conscious decision to intentionally lean into that politicization with her jokes, especially when an audience member might not share her identities. “I like to try to get people to laugh at themselves,” she says.

This summer, Azor worked at a comedy group called Lady Parts Justice, a program that combines abortion activism and stand-up. She is currently writing a thesis on “comedy as a form of cultural activism in destigmatization work in abortion,” based on her experience as well as historical examples of cultural activism that used comedy to grapple with difficult subjects like HIV/AIDS and sex work.

Though it might seem surprising to join such solemn justice work with uproarious hilarity, Azor says, the combination is natural—even necessary. “I need the balance of feeling like I’m fighting, or doing anti-oppression work, to feel truly fulfilled,” she says.

But her relationship with performance activism is, at times, complicated. Azor says comedy notoriously excludes marginalized groups. Azor struggled to feel comfortable in Harvard’s comedy scene—even as president of the Harvard College Stand-Up Comic Society—and worries about potentially compromising her identity in performance.

Like all her postulations regarding comedy, she approaches this problem thoughtfully. She worries about “people consuming me without really, really understanding where the pain behind the humor is coming from.”

Her solution for now is to attempt to include her audience in the fun without letting viewers off the hook. She tries to make comedy that reverses power dynamics inherent in humor; comedy that says “you’re not laughing at us any more. You can laugh about how sad our experience has been, at your roles as oppressors, but you’re not going to use laughter as a tool of oppression anymore.”

Azor smiles. “And that’s where I find a lot of my power.”