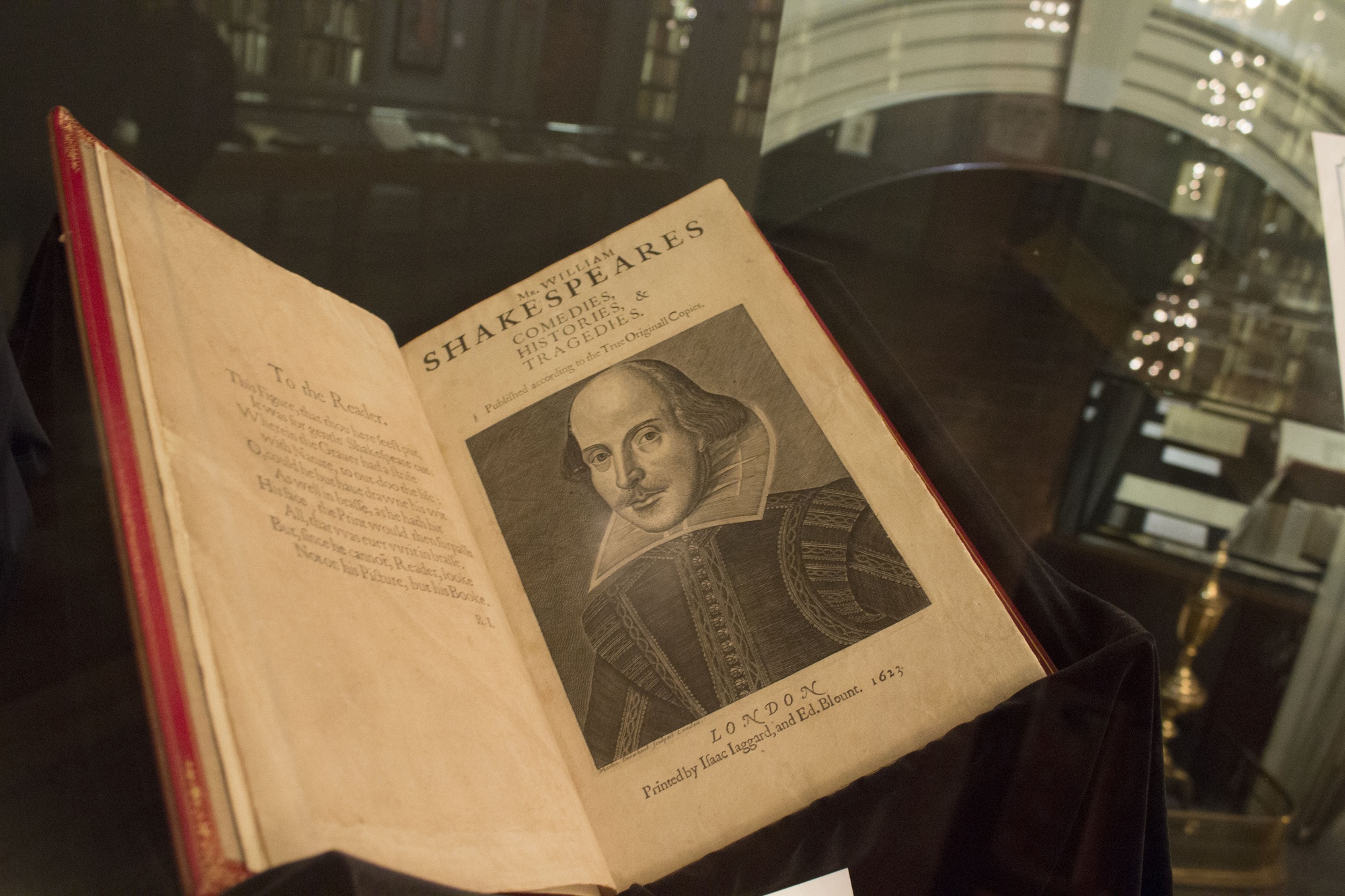 The Houghton Library exhibit “Shakespeare: His Collected Works,” which features a wide array of collections about the playwright from Harvard and around the world, will come to and end this month.
By Madina Radjabova and Narayan T. Sundararajan, Contributing Writers

The Houghton Library exhibit “Shakespeare: His Collected Works,” which features a wide array of collections about the playwright from Harvard and around the world, will come to and end this month. 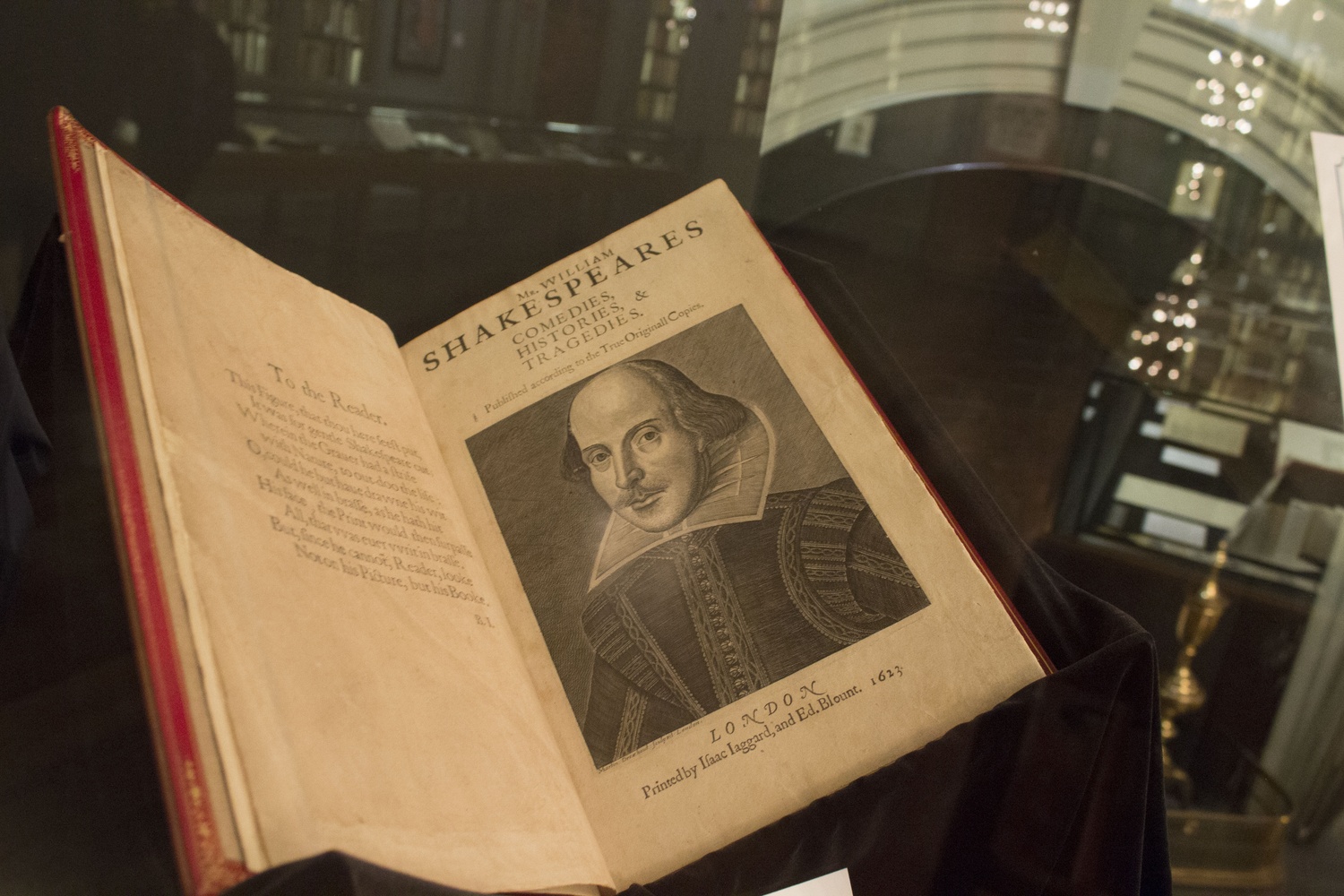 The exhibit, which has been on display since Jan. 19 and concludes on April 30, coincides with the 400th anniversary of Shakespeare’s death and displays many artifacts from the Harvard Collections.

“It was an unexpected gap in our calendar that allowed us to create this exhibition to commemorate Shakespeare, because it’s an anniversary year,” Harvard College Library coordinator of programs and exhibit co-curator Peter X. Accardo said.

Noting that curating the exhibit on Shakespeare’s work was a “daunting” task, Accardo said the library prepared for about a year ahead of the opening.

“We started in March of last year for preparations,” he said. “Unlike some collections that reside on shelves, the Shakespeare collection is all over.”

Accardo, who worked with co-curator Dale D. Stinchcomb, said the exhibit’s primary purpose was to “show as much of our holdings as we could.”

“I suspect this is the first time that Houghton has created an exhibition that draws from all the departments of Houghton,” Stinchcomb said.

Stinchcomb and Accardo said they also hoped to showcase the University’s history with Shakespeare. According to Stinchcomb, the collection features a rare copy of Shakespeare’s First Folio, collected by Harry E. Widener, a member of the class of 1907. The exhibit also contains materials that detail the history of performances of the Bard’s plays at Harvard.

“We tried to answer the fundamental question about performance at Harvard, which is when did students first perform [Shakespeare] here on campus,” Accardo said.

In addition, the exhibit displays numerous artifacts on women and African Americans appearing in Shakespearean productions. According to Stinchcomb, the exhibit’s centerpiece is a life-size portrait of Paul Robeson, the first black actor on Broadway, performing “Othello.”

The curators said the exhibit also aims to serve as an educational resource for students.

“There’s a pedagogical perspective to all of this,” Accardo said. “And lots of interesting projects might derive from this. We always encourage Harvard students to explore our collection and have gifted staff work with them.”

Several groups from Harvard as well as other local institutions have visited the exhibit.

The curators are also collaborating with the Hyperion Shakespeare Company on April 26 for “Bard in the Yard,” an event co-organized by Sabrina G. Yates ’19 and Kier W. Zimmerman ’19, a Crimson news editor.

According to Yates, “Bard in the Yard” will feature a compilation of five scenes from well-known Shakespeare plays that the company has performed previously, as well as a monologue. The event will mark the exhibit’s closure and commemorate the anniversary of Shakespeare’s death.

Donovan, who is also a member of Hyperion, said organizing the event provided the performance group with a unique theatrical challenge.

“It is always interesting to think about how interpretations and approaches to putting on Shakespeare's plays have changed over the 400 years,” Donovan said.