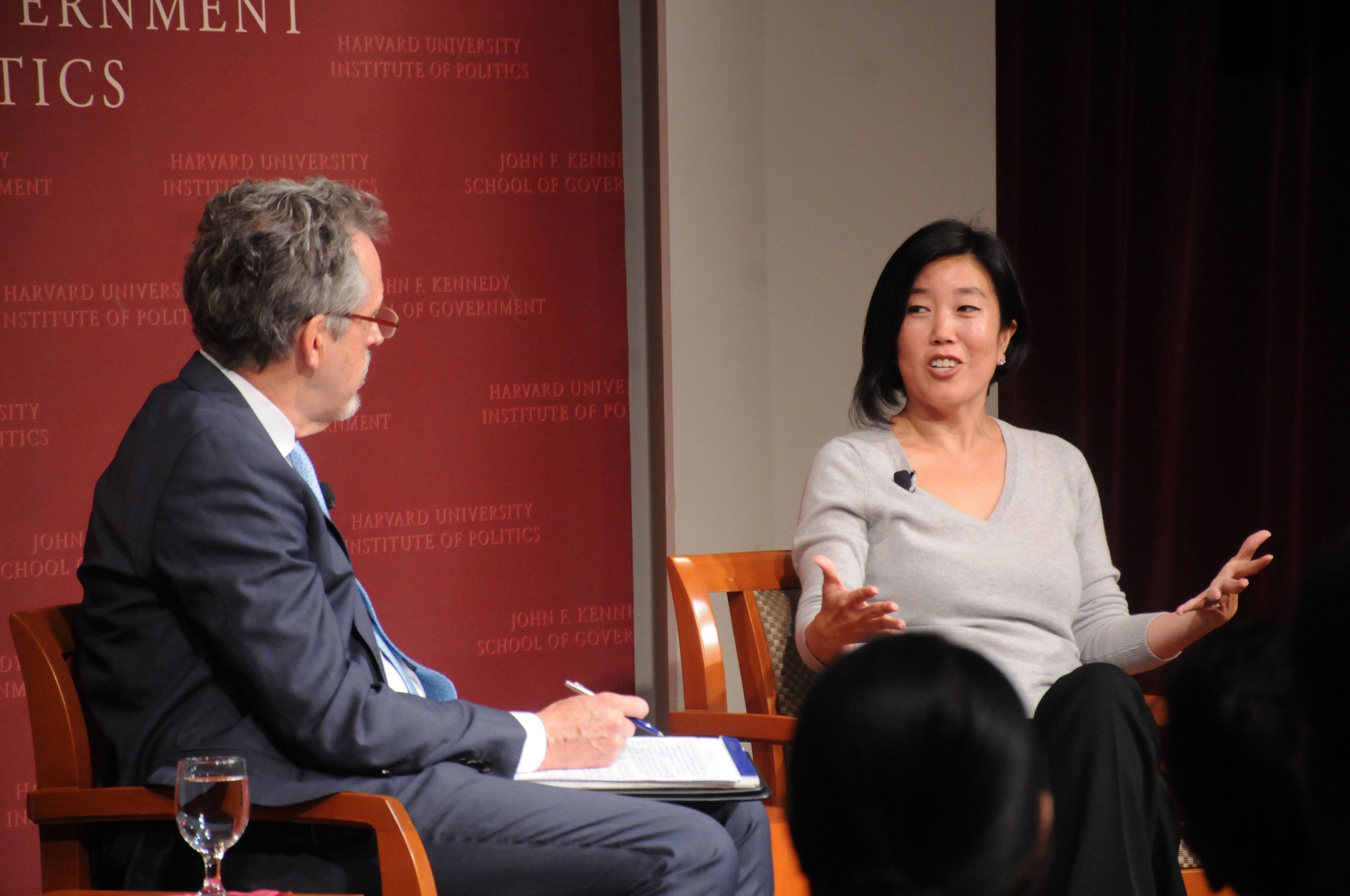 Michelle Rhee, former chancellor of the Washington D.C. Public Schools and founder of the StudentsFirst advocacy organization, reflected on the challenges she faced and the criticisms she received for her education policies while in office at an event hosted by the Institute of Politics on Monday. 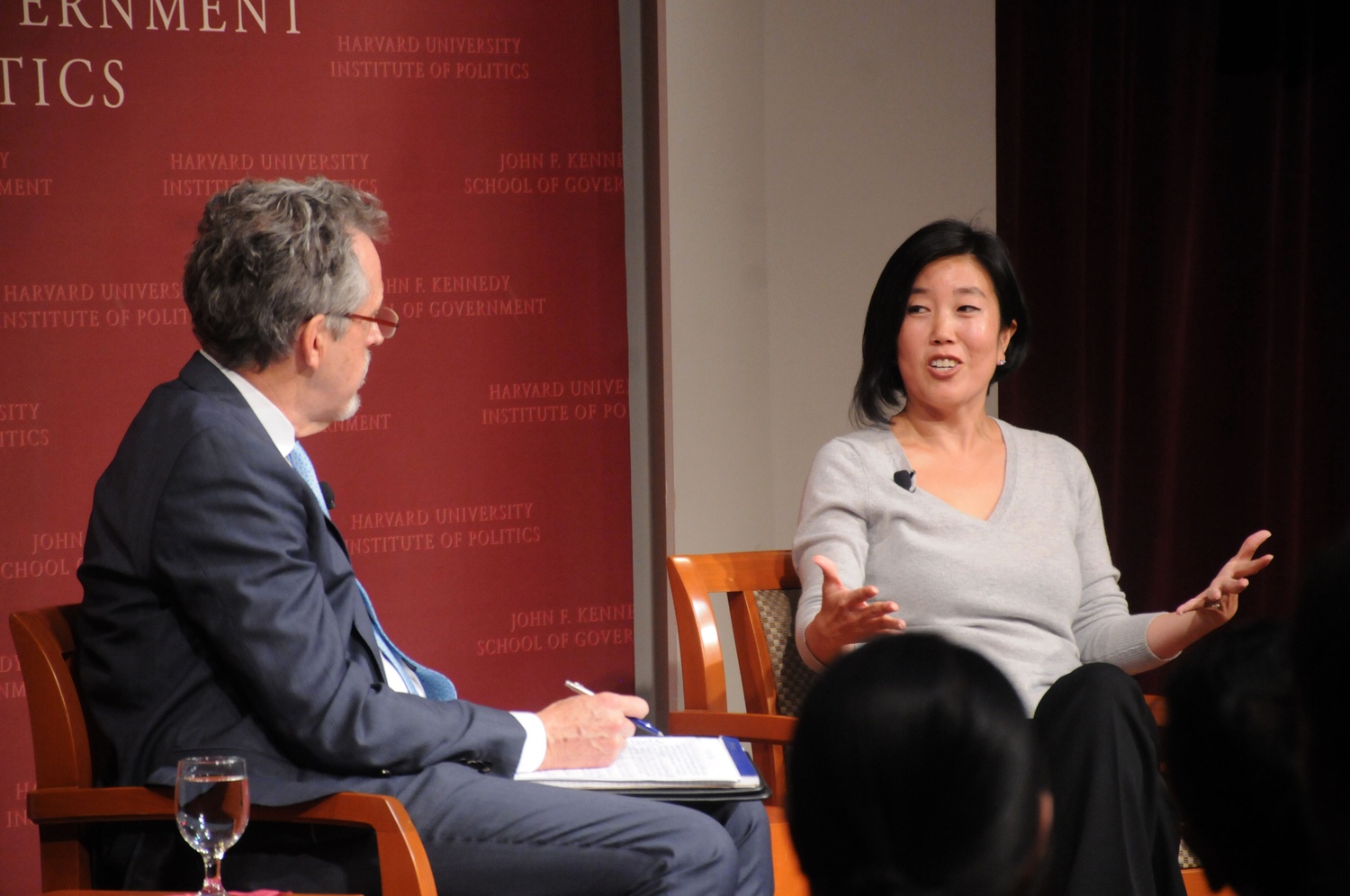 Former chancellor of Washington, D.C. public schools Michelle A. Rhee spoke with moderator Paul Reville about an education agenda for the next U.S. president during a JFK Jr. Forum event Monday evening. By Sidni M. Frederick

Rhee said her unexpected appointment in 2007 created political opposition because of her relatively young age and limited experience in educational leadership. Despite the “pushback” she received, Rhee said she remained focused on taking a new path to bring rapid change to the Washington, D.C., public school district.

Rhee said her biggest accomplishment was improving the schools in her district along a variety of measures, including higher reading and math scores, and increased graduation rates and enrollment.

“What we managed to do was to set the district on a completely different trajectory. When we took over, it was the lowest performing school district in the country,” Rhee said. “After our first few years in office, we became the fastest-growing district in the case of student-achievement levels.”

Much of the pushback she received was related to her policies for teacher evaluation, which linked student test scores with teacher performance ratings.

Rhee acknowledged that the criticism she received had a “kernel of truth” to them. However, she said every decision was made was “in the best interest of students” and emphasized the importance of teachers as a solution to America’s education problems.

“She understood that she did it for a reason and that not everyone’s going to be happy with what she did,” Mora added.

However, Rhee said her goals were not fully realized because of the four-year term limit for her appointment.

“At the end of the day, we did not accomplish what we set out to, in that what I hoped was that we would close the achievement gap, that we would be a district where race and income were no longer the determining factors of student achievement levels,” Rhee said.

Rhee’s discussion inspired Charles A. Grandson IV, the associate director for leadership development at the Harvard Kennedy School’s Center for Public Leadership, to change his perspective on Rhee’s educational policies.

“I actually am a product of D.C. public schools,” Grandson said. “I was not her biggest cheerleader before...but after listening to her today, I totally get what she’s about, what she’s trying to accomplish.”