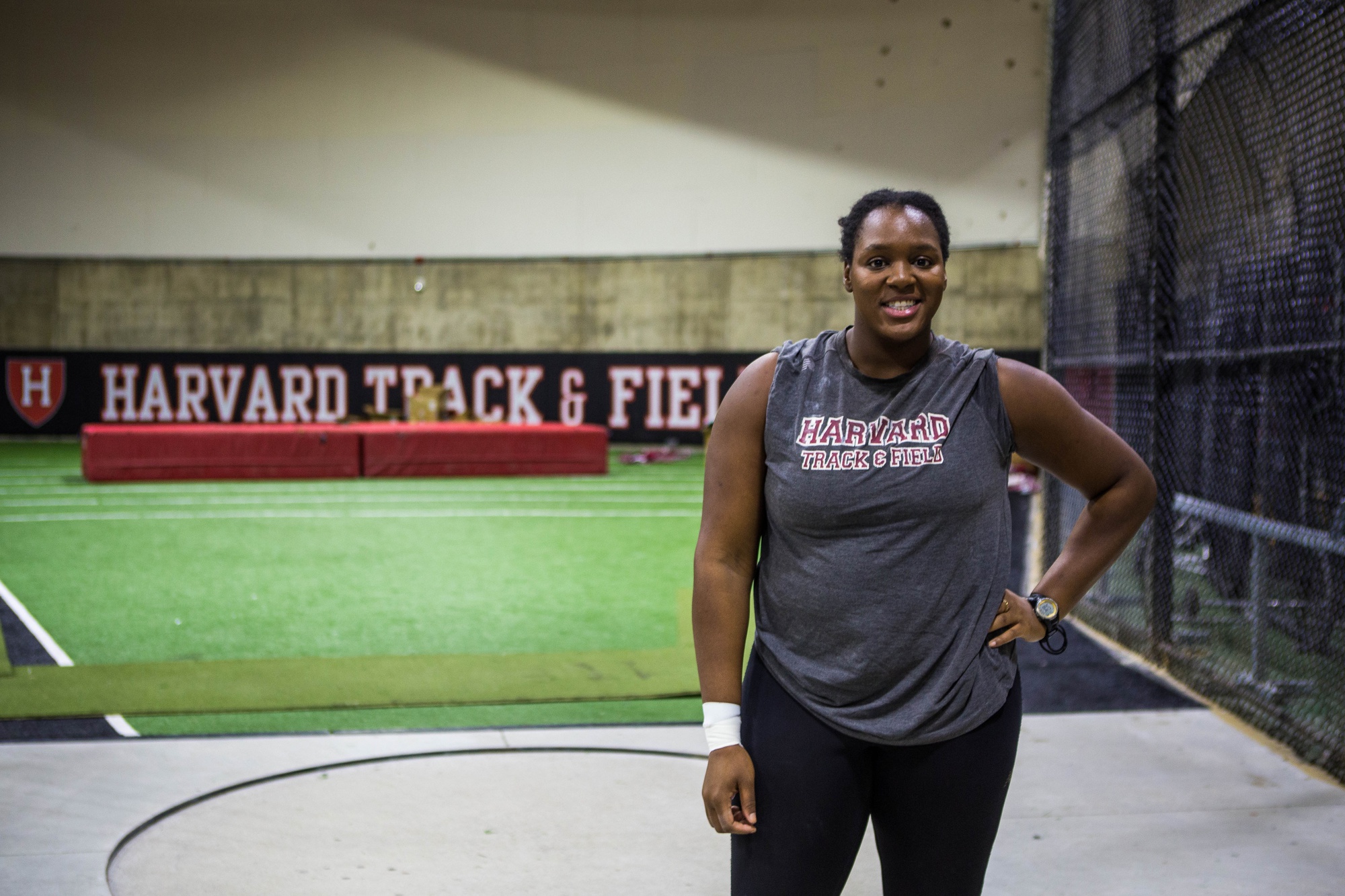 By Kathleen A. Cronin, Crimson Staff Writer
By Cynthia Guo

Okwelogu has also had success competing in shot put and discus for Harvard for the past three years. As she enters her fourth year of competition, Okwelogu boasts four All-American titles, seven All-Ivy League titles, and two Academic All-Ivy League awards. She’s broken and re-broken the Harvard records for women’s indoor and outdoor shot put and women’s discus.

Her favorite place on campus, she says, is “right in front of this record board” on the wall beside the indoor track.

“It’s the thing that I’ve been looking at for the past three years. First it was getting on it, then staying on it, and getting better, you know? Seeing where I was last year and watching myself progress is my favorite part,” she says.

For Okwelogu, a Human Evolutionary Biology concentrator, it can be difficult to balance athletics with a rigorous academic schedule—especially last semester, when she was training for the Olympics. But she managed to pull off straight As, a feat she considers her greatest accomplishment at Harvard so far.

“There wasn’t even a minus anywhere, and I thought it was a mistake!” Okwelogu laughs. “I thought about going to one of my professors because one of my classes in particular, I was like, ‘There’s no way.’... You just never know. You try your best, but you never know.”

She has found a reprieve from the rigor of her academics and athletics in the Harvard Noteables, a show choir she describes as “a little oasis.” 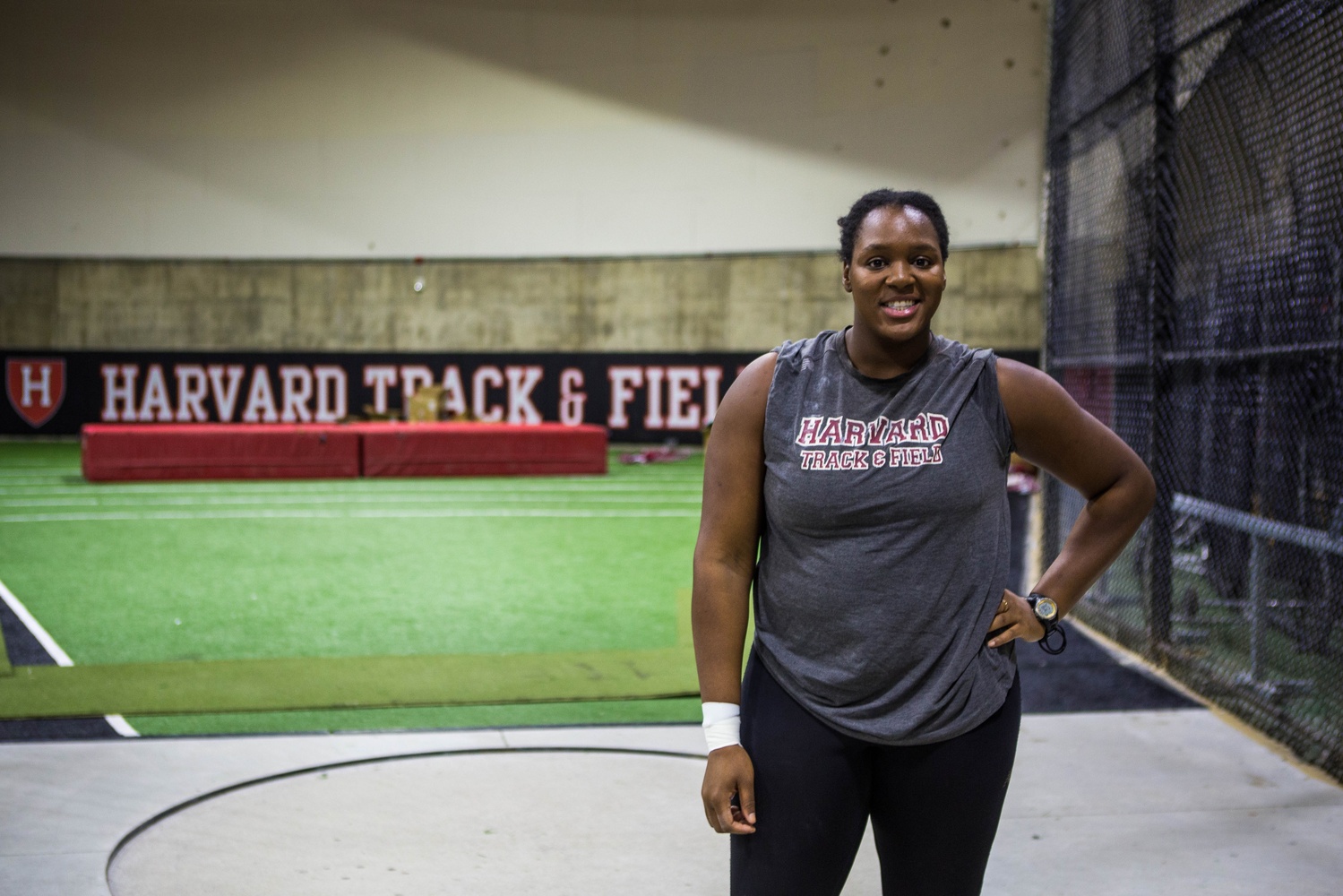 Before the Noteables, before her multitude of track and field titles, when the Olympics were still a distant dream, Okwelogu and a friend decided to get tattoos together. Okwelogu’s was a small bird with a banner reading “Miles to go.”

“I wanted to put life in perspective and remind myself that there is always more to come,” Okwelogu says. “Nothing is the end of the world.”