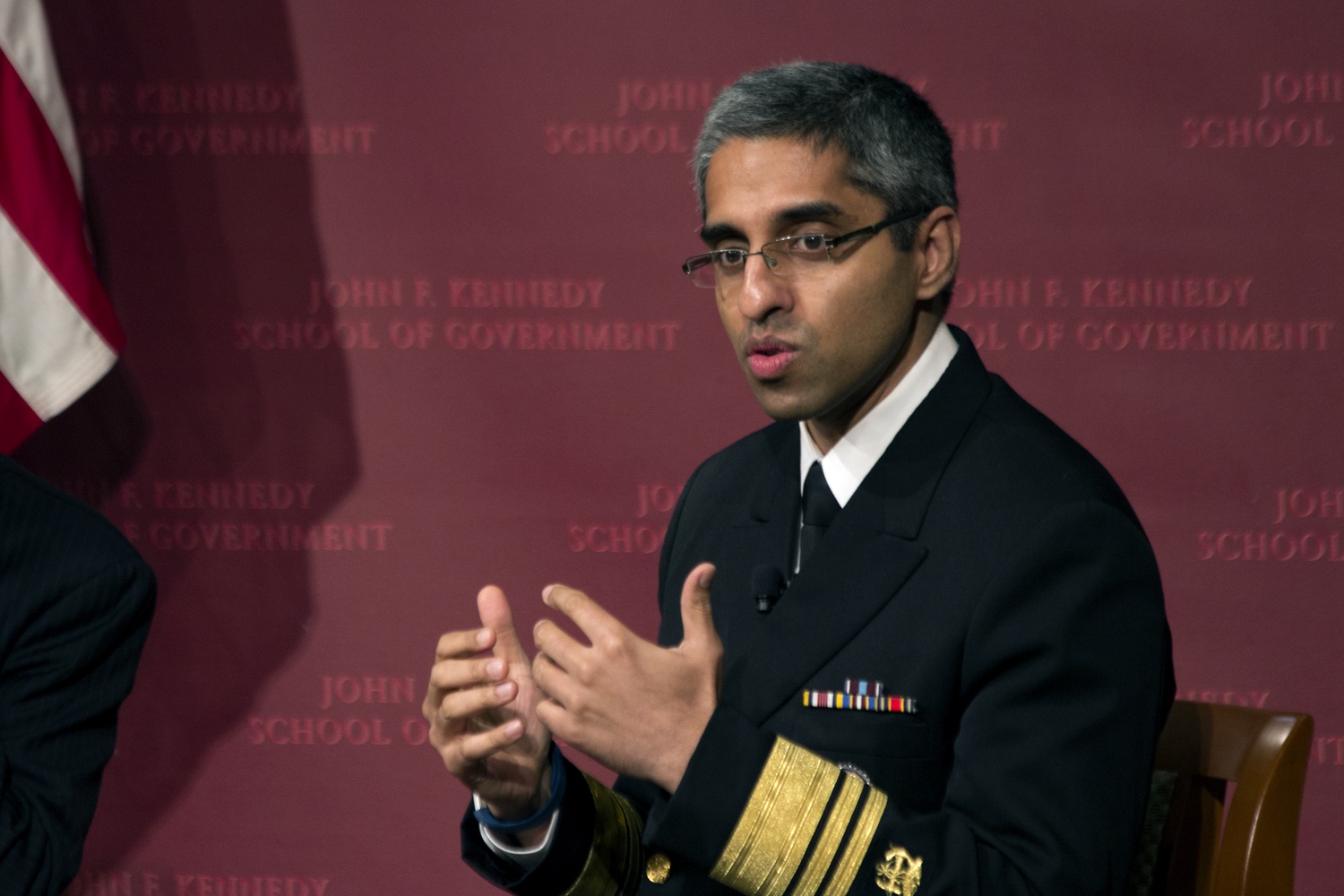 Murthy, a former Harvard Medical School instructor, began the event by addressing the nationwide “abuse” of prescription painkillers and other opioids, which he said is one of the most pressing public health issues today. Amitabh Chandra, a professor at Harvard Kennedy the school, moderated the discussion.

In August, Murthy wrote a letter to American physicians asking for their help in combatting the opioid crisis, the first time the Surgeon General’s office had issued such a letter.

While Murthy admitted his confirmation process to become Surgeon General was contentious, he said he does not think his policy positions are controversial. He said he sent the letter because he believes that clinicians must not only prescribe medication but also educate people about health and medicine in ways the government cannot.

“I also believe that the scale of the crisis warranted it,” he said.

He also called for doctors and other medical professionals to expand their traditional roles beyond the offices and into public life. He said they not only need to safeguard the health of their individual patients, but also fight to improve the environments in which their patients live.

“It’s no longer enough for us to sit in our hospitals and clinics and hope that the healthcare system gets fixed, hope that social determinants [of health] get addressed, and when in fact we need to step up and be that voice that calls for some of that change,” he added.

When Chandra asked Murthy what changes Donald Trump, the president-elect of the United States, would make to public health policies, especially regarding substance abuse, Murthy said he thinks progress will be made on these issues in the coming years.

“This is an issue that has been bipartisan for a number of years now,” Murthy said.

Carl G. Streed, a research fellow at HMS, said he agreed with Murthy and enjoyed the discussion.

“His response around education was a good one because it reduces barriers to patient understanding and physician’s ability to actually engage with patients,” he said. “Once patients have actually heard about this issue they’re more willing to hear the doctor out on this.”