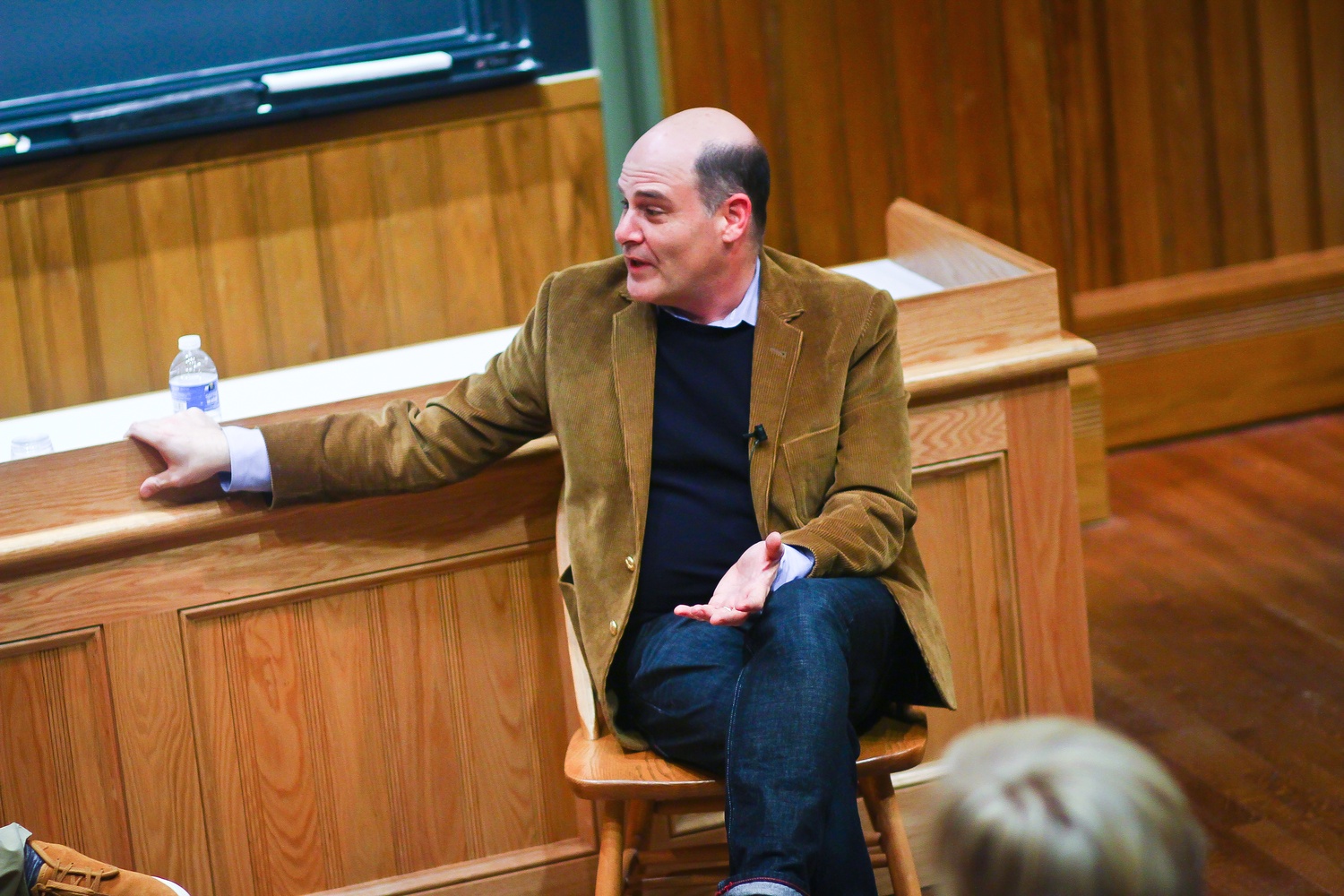 Matthew Weiner, the Emmy Award-winning creator, producer, and writer of “Mad Men,” spoke to a packed crowd about the literary process behind television writing as part of the College’s annual LITfest festival on Monday night.

The event featured a discussion between Weiner and Bret A. Johnston, co-director of LITfest and director of creative writing at Harvard, and included select clips from “Mad Men” that guided the conversation about Weiner’s writing.

Weiner spoke at length about his commitment to depicting real experiences as accurately as possible in his show.

“Television offers us a world where everybody is friends,” he said. “I was interested in capturing reality, something that was completely removed from any abstractions.”

Following a clip from the show’s fifth season, Weiner shared his personal experience with the undiagnosed depression he said he suffered from at the time of the episode’s writing.

“I was the most depressed I had ever been when writing that episode,” he said. “I had a lack of gratitude for what I had, and the characters in that episode all can’t appreciate what they have.”

He summarizes the essence of Mad Men as an exploration of the human condition of dissatisfaction, adding that, “when I was selling the show, I summarized it into two questions: ‘Is this it?’ and ‘What is wrong with me?’"

Weiner also discussed his unique scriptwriting process of dictating his ideas for each episode aloud to a transcriber, explaining that this process helps him more effectively and succinctly distill his ideas to the essential details of each scene.

“If I sat in front of a screen, I could spend a day trying to write the description of a single scene,” he said. “It’s surprising that [by dictating] you can write a whole first draft of a script in a day.”

In response to an audience member’s question, Weiner spoke to the importance of perseverance in order to break into the competitive industry of television writing.

“The truth is you will need a relative or friend to get into show business,” he said. “But there are ways to get there, like going to grad school, or taking a job so far below you, and keep writing, do contests, everything.”

“He has a very good way of giving young writers hope, which is desperately needed,” he said.

Johnston wrote in an email to The Crimson that he invited Weiner to LITfest to inspire and offer insight to aspiring writers at the College.

“He's an artist and a craftsman in the way he approaches making stories, and he has the sensibilities of a poet,” Johnston wrote. “His influence is profound and, I have no doubts, lasting.”