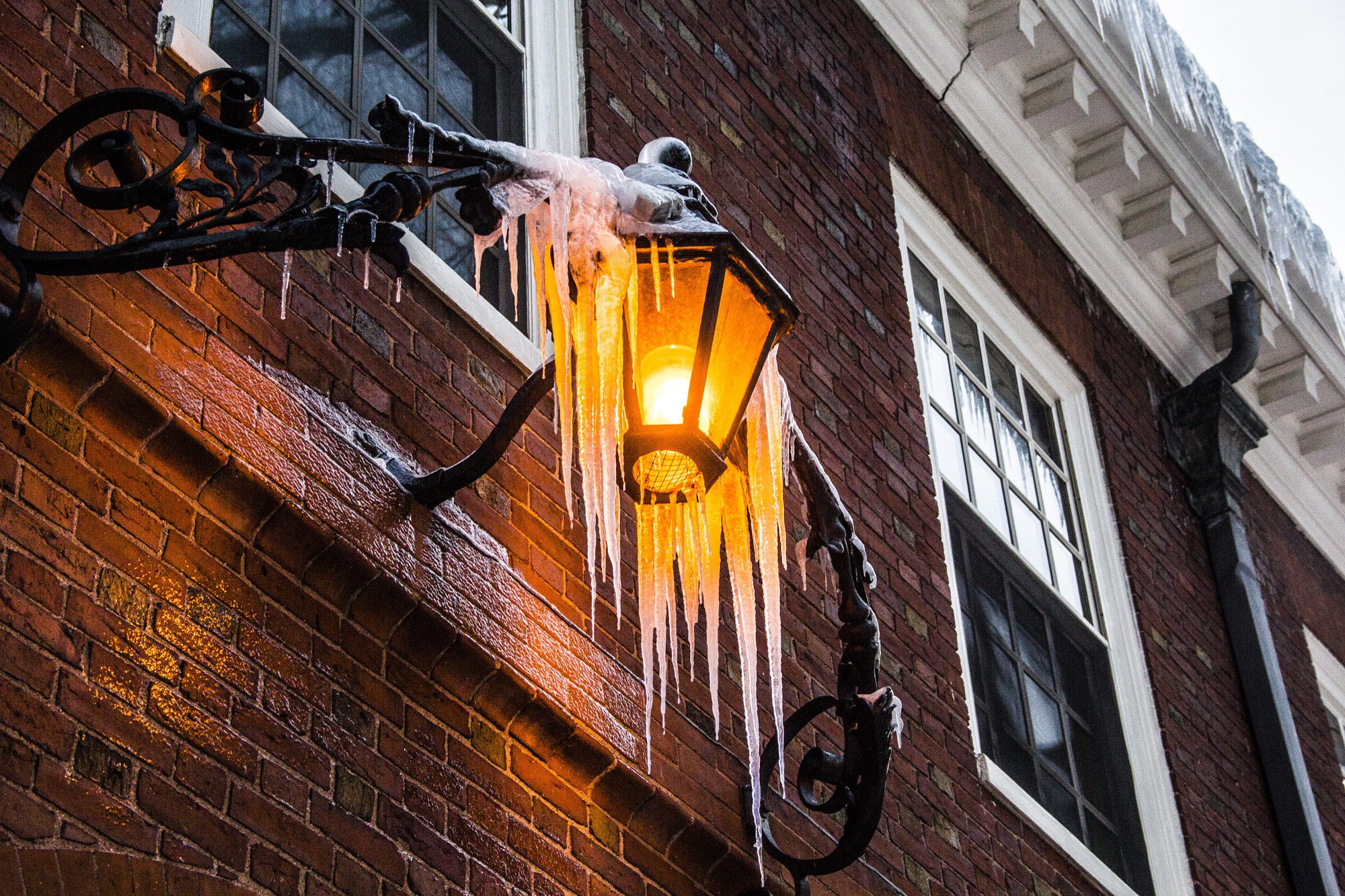 With continued snowfall over the past two weeks, the Greater Boston area is expecting below freezing temperatures for the next few days as the area is dealing with excess snow.
By M. Hanl Park, Contributing Writer

While the weather has begun warming up a month after Harvard last canceled classes due to inclement weather, remnants of the historically snowy winter still remain in the form of falling icicles.

Icicles attached to the side of buildings on campus and in Harvard Square have begun to fall onto the sidewalks, potentially posing a danger to pedestrians. 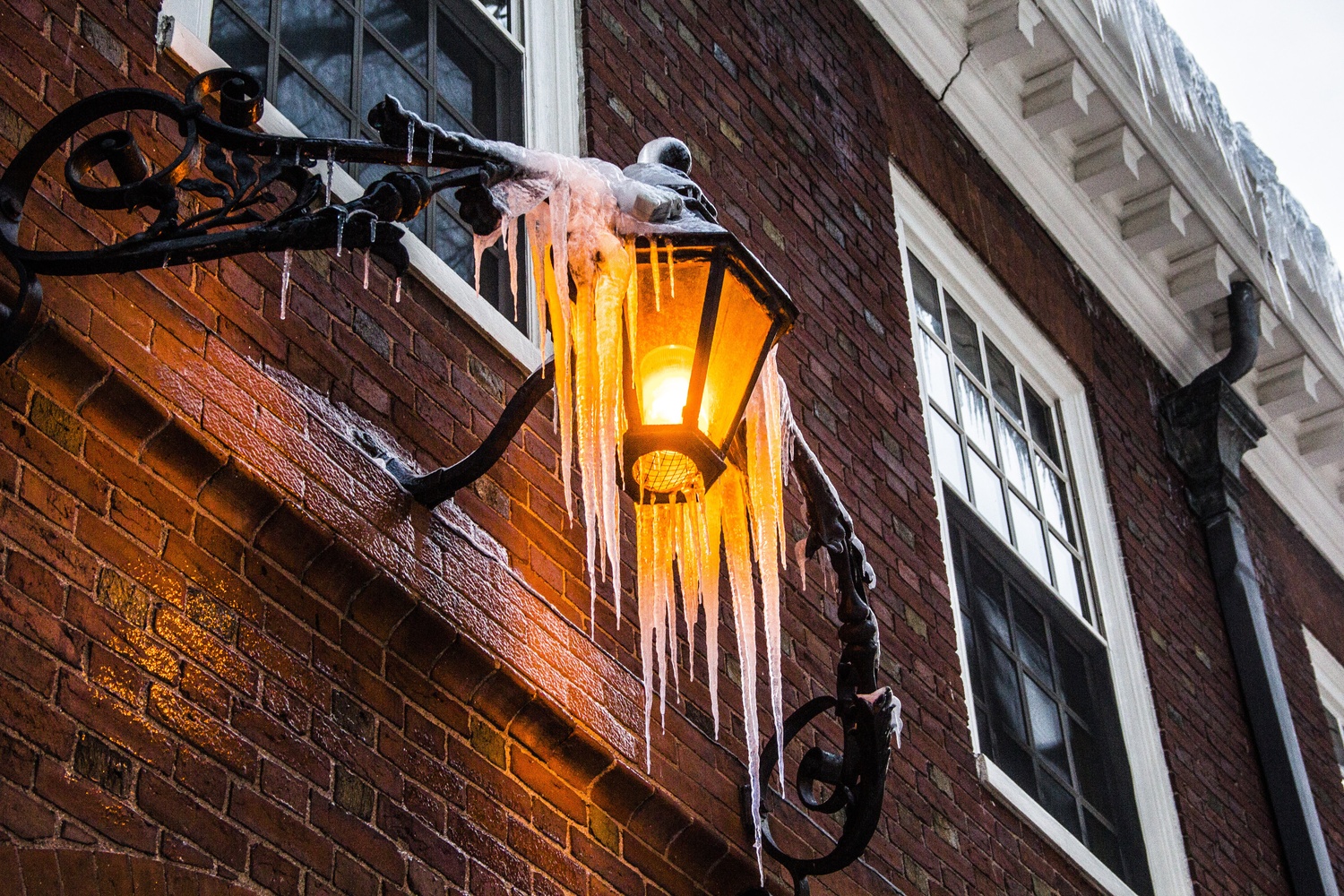 Icicles in February, after Harvard canceled several days of class in response to snowy weather. By Zorigoo Tugsbayar

As soon as the first storm of the season ended, Harvard has focused on icicle and ice dam clearing through physical removal and melting, according to Faculty of Arts and Sciences spokesperson Anna Cowenhoven. She said the majority of the ice has been fully removed.

According to Cowenhoven, the snow removal process has been a collaborative one.

“Removal is managed through a joint effort by Campus Services, local FAS building managers, and external contractors,” she said.

Local concerns about the potential danger of falling ice have appeared in the form of yellow caution tape as various stores and buildings around the Square place signage on their windows warning pedestrians to avoid standing too close to building walls.

Individual Houses and buildings have also made their own efforts to clear icicles and ensure safe walkways for students and other members of the community.

This past Saturday, Adams House co-master Sean Palfrey '67 sent out an email to Adams residents with the subject line “Falling ice can kill,” warning the House about the potential dangers posed by icicles. Adams House in particular has had yellow tape surrounding most of its buildings for the past few days.

“There are still massive boulders of ice on rooves around Harvard and some of us have almost been killed by them,” he wrote. “You will not have time to jump out of the way when the ice starts to slide.”

He added that it is impossible to determine when icicle removal will end because the formation of new icicles will depend on the coming weather.

“I can’t control the weather, so unfortunately it’s a little more complex,” he said. “Will there be [more ice]? I don’t know.”