Professors Discuss the Future of Engineering at 'Harvard Thinks Big' 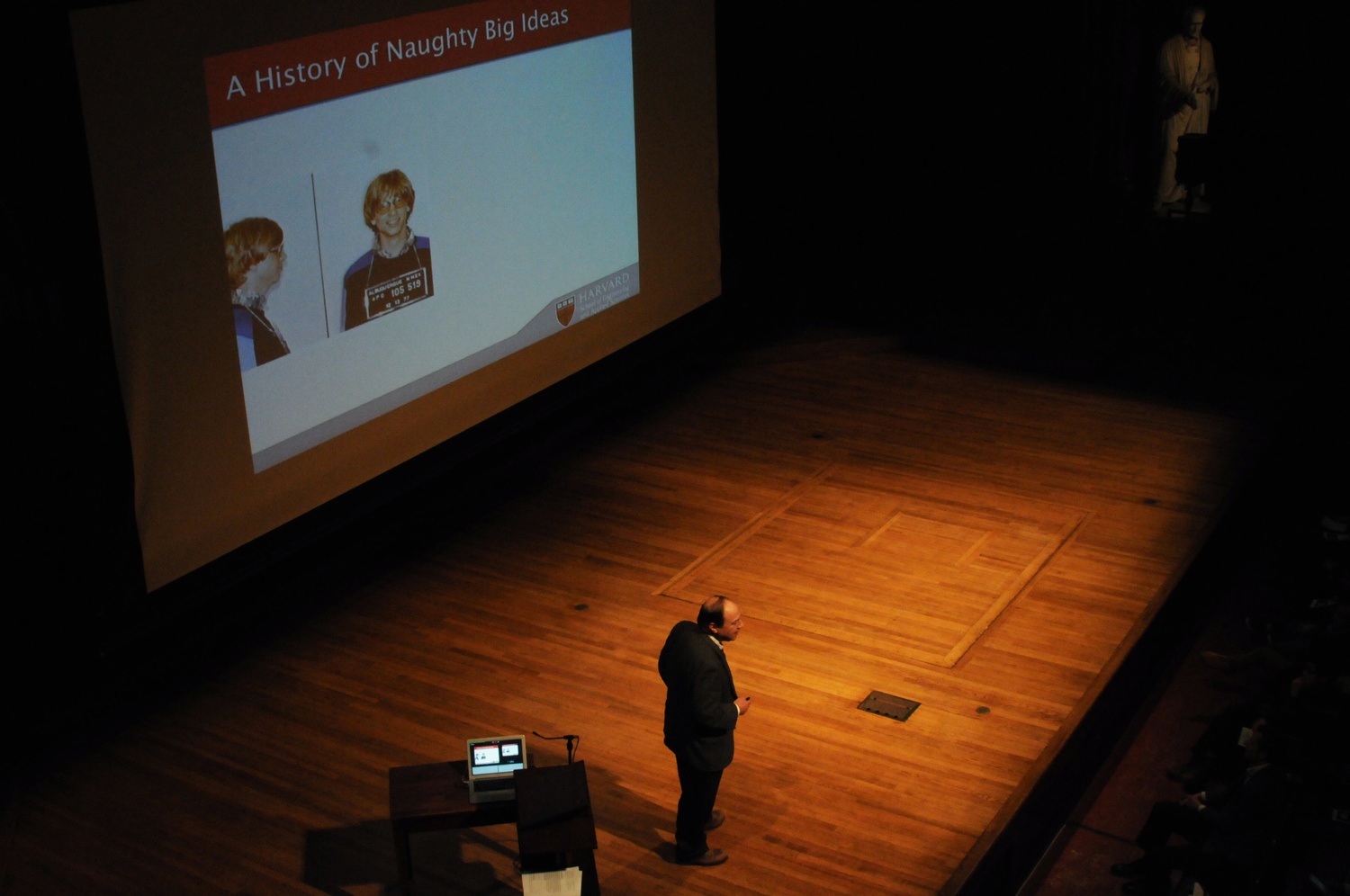 RoboBees, mathematical theories of fire, and predictions that 2015 will see the discovery of extraterrestrial life abounded in Sanders Theatre on Thursday night at "Harvard Thinks Big," an annual evening of short presentations by professors sponsored by the College Events Board.

Interim Dean of the School of Engineering and Applied Sciences Harry R. Lewis ’68 began the series of presentations by presenting a summary of Harvard engineering’s past, present, and planned future. He said former presidents Charles W. Eliot ’20 and A. Lawrence Lowell negatively affected the school by asserting that engineering did not belong in a liberal arts setting, while Abbott Lawrence and Gordon McKay helped Harvard by endowing early versions of its applied science program.

He concluded his presentation with details about the upcoming Allston move, including a slide that displayed an aerial view of the campus and labeled Allston as “The Promised Land.”

“We are going to change Boston, change Harvard, and change the world with what we’re doing there,” Lewis said.

He also called the move “the most important thing that’s going to happen at Harvard in a hundred years.”

Bethanne Altringer, lecturer on innovation and design at SEAS, spoke about technology brokering, a strategy in which inventors merge the expertise of different disciplines to create something new. 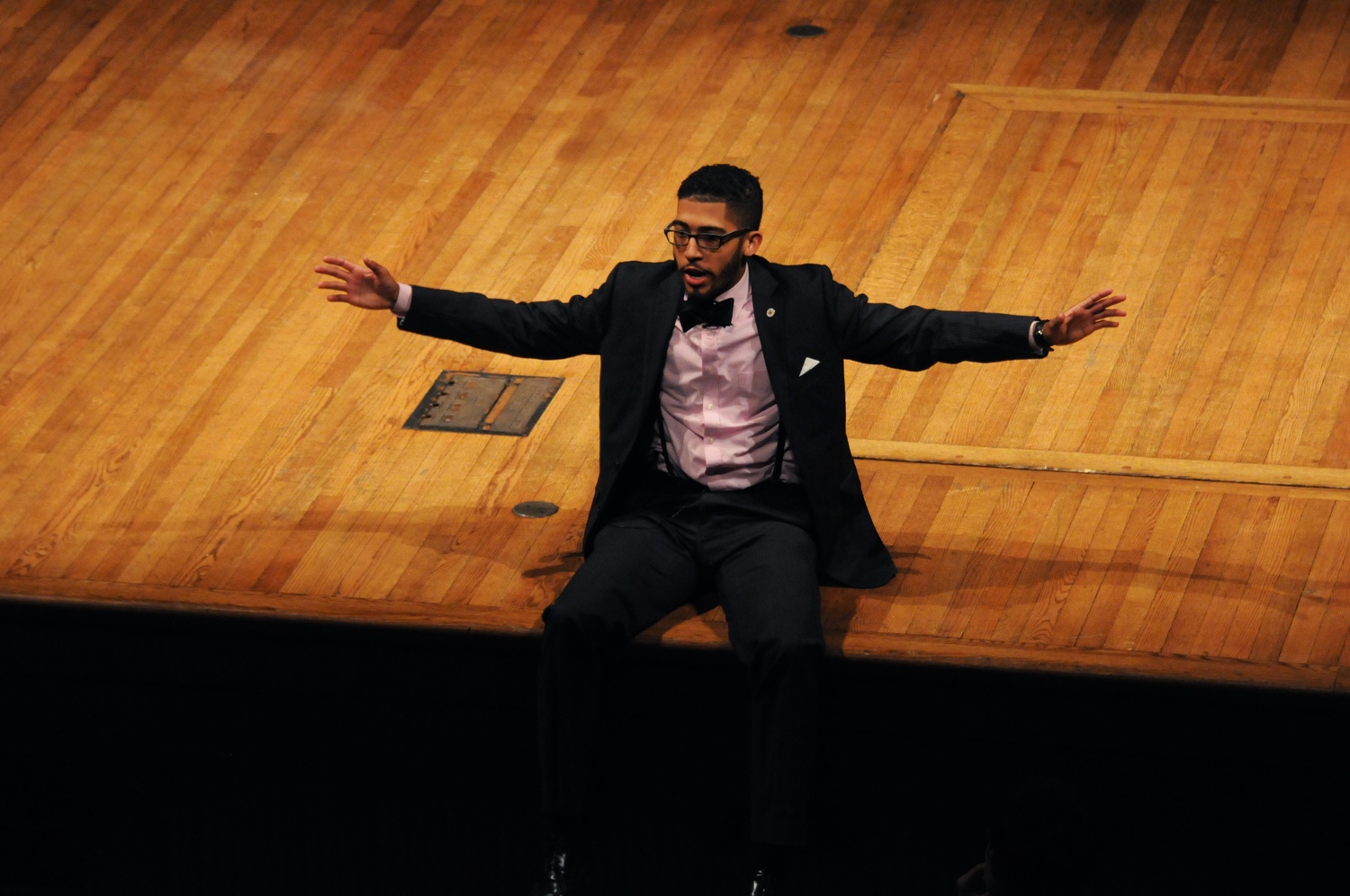 Joshua B. Scott '15, one of the MCs at "Harvard Thinks Big," introduces the next speaker. By Elizabeth Choi

Astronomy professor David Charbonneau, who spoke after Altringer, donned a graduation cap and hood for his presentation. Pretending to exist 30 years in the future, he spoke about a May 2015 discovery of extraterrestrial life as though it had already happened.

Charbonneau also described anticipated successes of the Giant Magellan Telescope, a device expected to be completed in 2021.

After the talk, some students said they would have liked to hear from more professors outside of SEAS.

“I wish there was a little bit more academic diversity in the speakers,” Brandon A. Wright ’18 said.