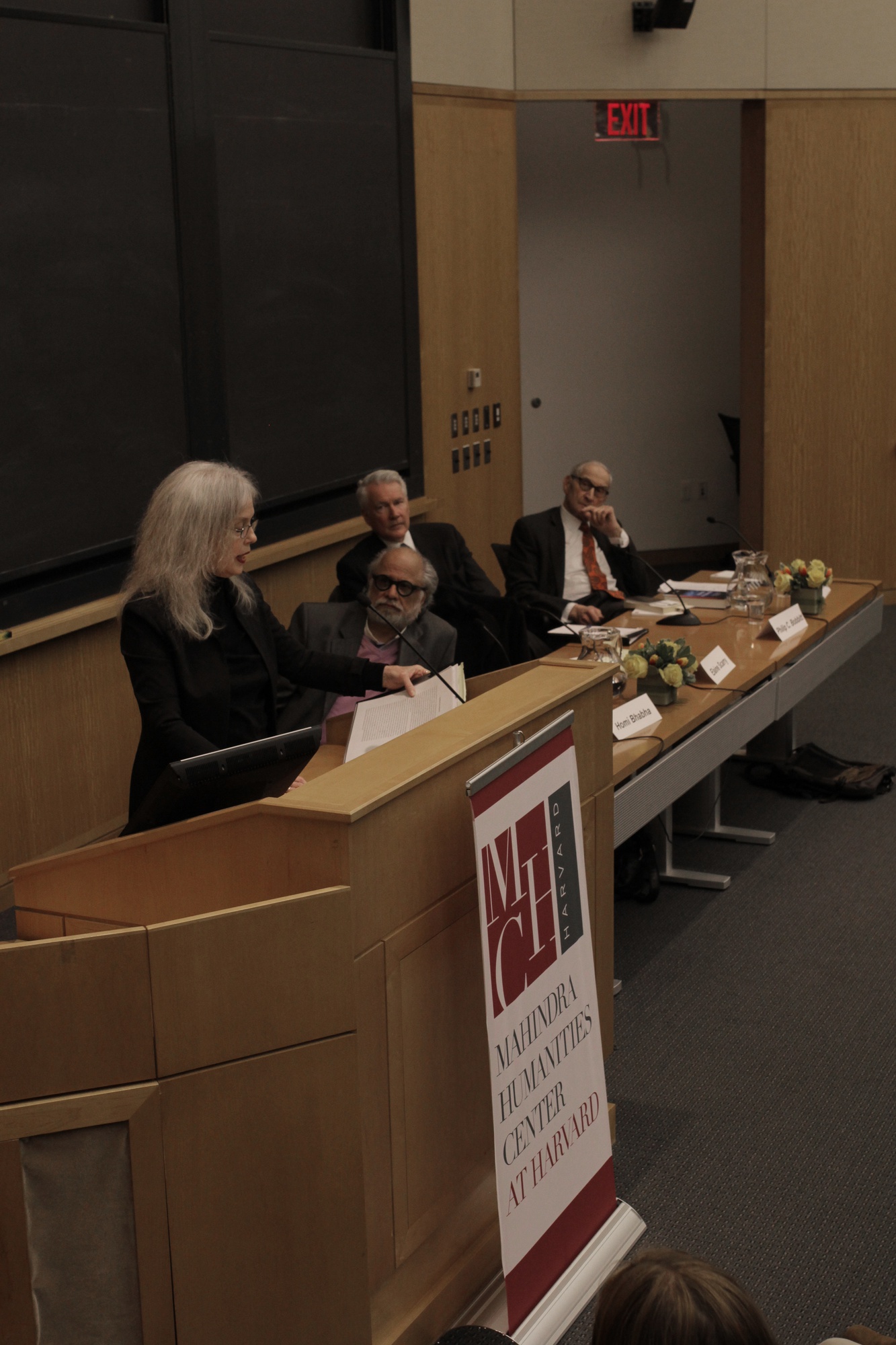 Scarry opened the talk in Tsai Auditorium the same way she opens her book, with a thought experiment. 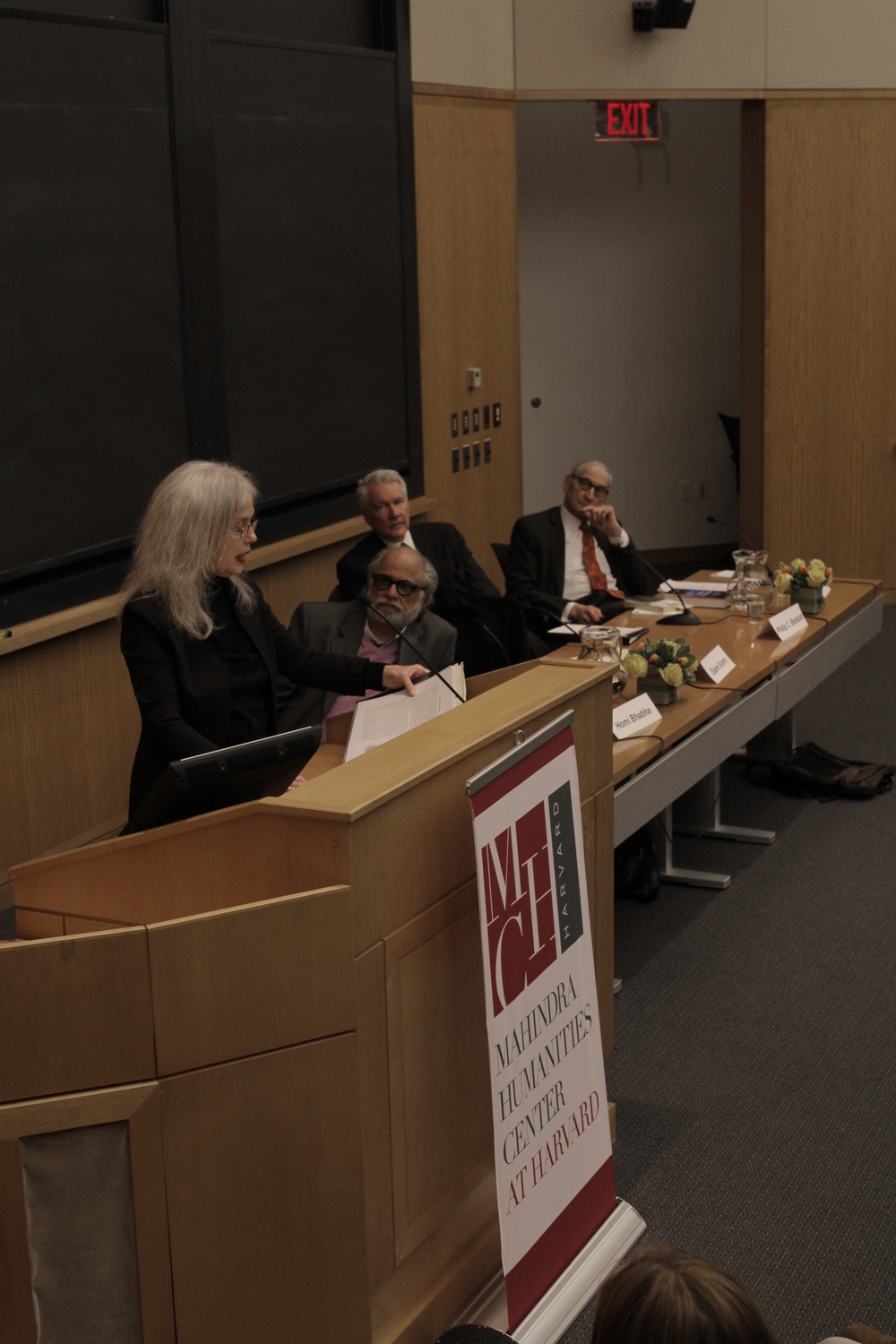 “Imagine that there one day came to exist on earth—sometime in the future—a solitary country with a new technology.” This technology is waht Scarry calls an “out-of-ratio” weapon, meaning that it gives a small number of people the power to annihilate large numbers of people and include nuclear, biological, and other weapons of mass destruction.

According to Scarry, these weapons are monarchic rather than democratic.

“Two provisions of the United States Constitution are radically incompatible with nuclear weapons,” Scarry wrote in her book.

She proceeded to discuss the ways in which the constitutional requirement for a Congressional declaration of war and the Second Amendment support the notion that control of “out-of-ratio” weapons should not be left to a small subset of the populace.

Bobbitt and Fried, who questioned several aspects of Scarry’s work, discussed its legal arguments at length.

“It is unusual, dense with legal texts, precedence, reasoning,” said Fried about the book. However, he said that though “there are powerful moments of rhetoric and evocation” in Scarry’s book, it does not make a convincing legal argument.

One of the points that Bobbitt addressed is the difference between Congressional declarations of war and joint resolutions. He said that if Scarry wants to convince people who are not already persuaded, like himself, then some of these technical questions need to be handled more carefully.

According to the New York Times, Scarry has worked on the subject of “Thermonuclear Monarchy” for 28 years.

“It is very important that we, all of us in the University community, study injuries of the past and contemplate and marvel over how no one tried to stop them. But they can’t be undone,” Scarry said. “The only ones that can be undone are the ones that haven’t yet happened.”

Bobbitt said that despite disagreements on the topic, he feels that everyone can agree that these are terrible weapons that have the power to inflict awful destruction.

“The question is, what is the surest way to protect not just our people, but the people of the earth?” he said.