So What Was a Harvard-Yale At Harvard Actually Like? 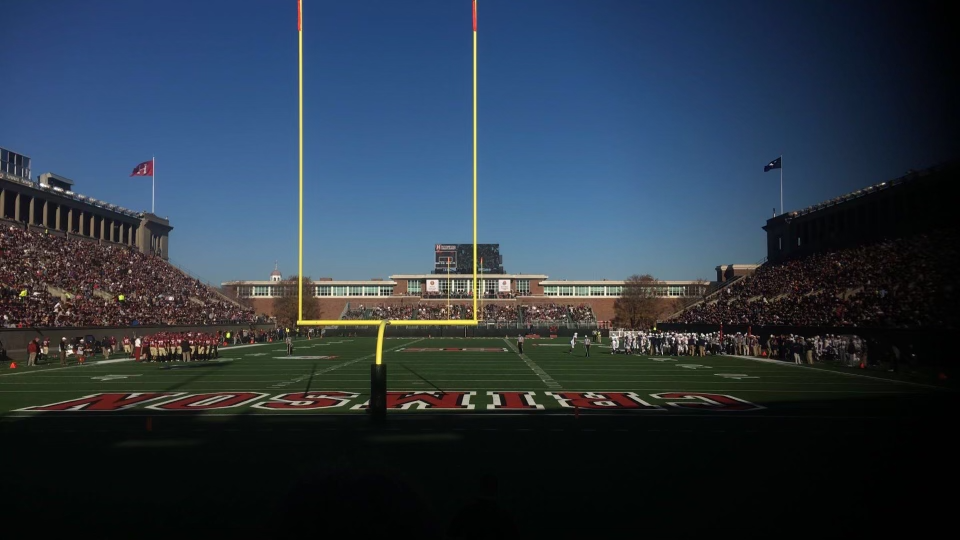 By Courtesy of Lydia L Cawley

Harvard-Yale is happening this weekend. At Harvard. It’ll be a solid two days full of Jefe’s, muddy shoes, getting lost in Cambridge, touchdowns (hopefully), and “yuck fales”.

Or so we think. Because the last time we had an actual Harvard Yale at Harvard was 2016. Between the stadium being under construction and a little global pandemic, it’s been a while since we’ve had a true Harvard-Yale experience on our home turf. So we chatted with two members of the Class of 2020 who were more than willing to give us a play-by-play of their gameday experience in 2016 — which was their FRESHMAN year. Time, what a crazy concept.

Anyways, read on to find out where to be, where not to be, and all the other essentials to having a good time this coming weekend. We chatted with two friends-that-go-way-back Lydia L. Cawley ’20, former Flyby chair, and Priya Gill ’20-’22, former Flyby editor to give you the scoop:

LLC: I feel like partially this is not gonna be accurate, because Harvard has changed so much since 2016. But back in my freshman fall, people were going to final clubs. I'm pretty sure I went to a final club the night before — it was a much more open door policy.

Looks like there was no #gatekeeping, gaslighting, or girlbossing back in 2016.

~Now, a brief but important interlude on the subject of parties~

JS: Are you familiar with the words Tasty Basty?

Back to HY stuff now:

PG: We [also] went to the Annenberg thing the Friday night before, and we met two handsome Yale rowers, remember?

LLC: Yeah, we met handsome Yale rowers, apparently. Because of the Yale people, there was a line around the block to get into Annenberg. Maybe the event was just for the freshmen — I think it was a first-year committee thing. We wore Crimson crop tops and choker necklaces, because this was 2016 — I’m not recommending that.

On an unrelated but important note, let the record reflect at this point that during her time at Harvard, PG coined the phrase “river daddy” to denote an individual who can be relied on for a good night’s sleep by the river A legacy worth mentioning.

PG: But yeah, after [Annenberg and a final club], I think we bounced around. Actually, just find a picture. We probably have such hilarious pictures.

LLC: Where is this? Oh, this is Tasty Basty

That’s right. TBB strikes again. And turns out it was a FLYBY BLOG party in TASTY BASTY. We stay winning. You stay jealous. Unless you comp Flyby ;)

LLC: People went pretty early. I don't know when the actual game is scheduled to happen but we were at the tailgate by 10:30. Definitely wear shoes that you don't care about. At Harvard it's great, because your commute [to the tailgate and stadium] is easier.

Yeah,,, yikes. Imagine having to take a bus to get to your stadium.

LLC: And Priya at the time made a sign called “Yale Boys, DM me” with her Instagram.

PG, you are an icon.

PG: It's quite chaotic. It's kind of like Harvard-Brown. But it's just bigger, because people get more crazy. And it was divided by final clubs. You had the Spee car with their little flag. You had the PSK, [etc.]

LLC: Yeah I don't know where they got trucks from.

The origin of the tailgate trucks will forever be a mystery.

LLC: Oh, also EAT FOOD. If you see food at the tailgate, eat it. There'll be some groups of alumni—older alumni like parent vibes. They'll still be drinking, but they'll have barbecue and burgers. So if you see any food from them or Harvard, eat it or stash it.

Like any true Flyby writer past, present, or future, LLC is a lover of free food.

LLC: We did indeed go to the stadium inside to see the game. The ticket-collecting thing was quite annoying, but I might be confusing it with Yale. I’m pretty sure everyone takes a nap after. Whether it’s because of your substance intake (if you’re 21+ obviously) or you just woke up really early for the tailgate.

LLC: Everyone is so exhausted afterward that Saturday night is quite dead. If you do go out on Saturday, a big meal and a nap is mandatory.

LLC: But the biggest recommendation I have is the Saturday or Sunday after Harvard Yale, just leave. Unless you actually have an exam (which is so rude), there’s no point in school that Monday and Tuesday.

You didn’t hear it from us, but if you haven’t booked your ticket home for Thanksgiving yet 👀

JS: And do you have any final words of wisdom?

LLC: Make it into the stadium. Get enough sleep. Pace yourself. It’s a really fun experience to watch the game, and this might be the only time that a lot of Harvard students actually go inside!

In the wise words of LLC, stay hydrated and stay happy this fine weekend when H-Y finally returns to our hallowed halls. Who knows — maybe in 4-8 years, you’ll be interviewed by us too :)