13.1 Things I Wish I Knew Before Running the Boston Half Marathon 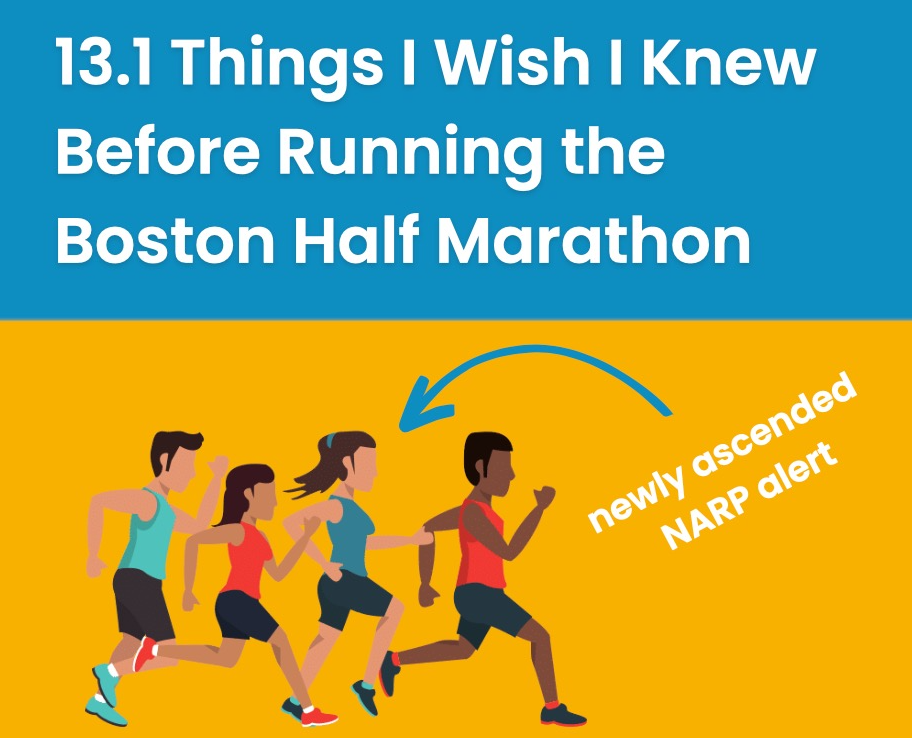 In September 2022, I made the monumental decision to transcend my lowly status as a NARP by signing up for the Boston Half Marathon. Tired of people scootering around me, I decided I would in fact become the scooter itself — the scooter-ee would surpass the scooter. But beyond that and the general masochism that comes with being a Chemistry concentrator, this was also something my running-fanatic mother pressured me into doing with her.

I wouldn’t call myself a running noob, having run casually by the river whenever I needed to forget my life whenever the weather is nice, but I’d never run more than five miles at a time before this. Despite my lack of experience, I finished happy and smiling this Sunday (yay!!). I know you didn’t ask, but here are 13.1 things I wish I knew before racing. I’m telling you so that you too have all the information you need to feel a sense of athleticism, testosterone, and moral superiority the next time section kid interrupts you. 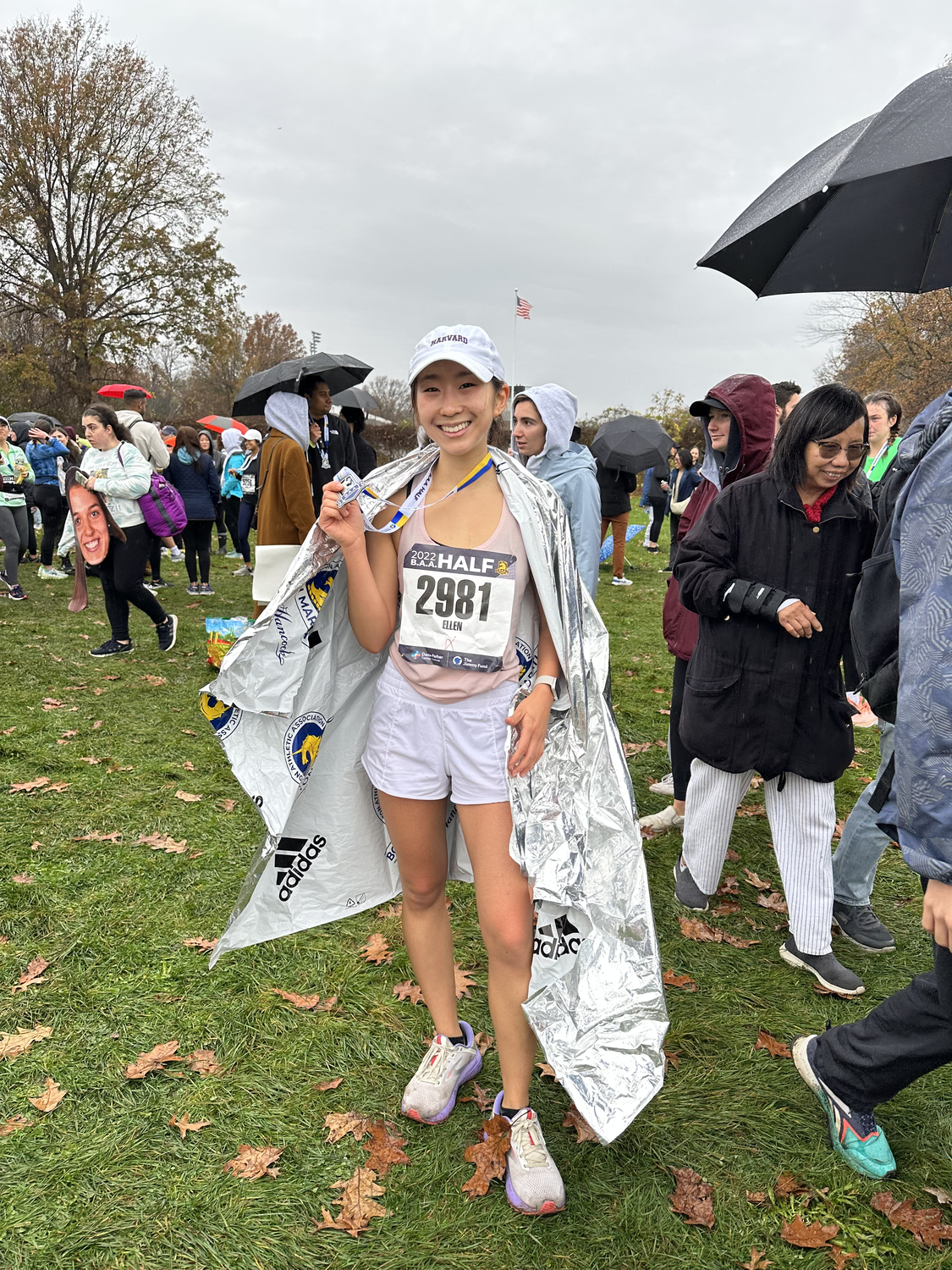 I’m cripplingly indecisive to the point that I’ll spend five minutes looking at the Barker Café menu which has a total of about six hot drinks on it. Training plans alleviate the stress of deciding your mileage for that day/week!

My class schedule didn’t allow for afternoon training, so early morning wakeups were necessary in order to get the requisite mileage in. Long runs require even more time plus recovery so be prepared to intentionally carve out time in your schedule to accommodate!

To avoid injury, I braved the sweaty pits of the Mather gym to get my weekly lifts in. But the benefits of lifting didn’t mean the task was enjoyable.

During long runs, I listened to a lot of podcasts. Like a lot. Also a good way to listen to lectures that you definitely 100% did attend.

*Note from the editor: it’s true — ESD listens to a lot of true crime, and then becomes truly scared.

I stole borrowed my sister’s watch where I could track my mileage and pace which was helpful for….

When racing, it’s easy to get caught up in the adrenaline. Especially since the Boston Half is so hilly, I found it important to maintain a steady pace in the downhills to preserve my legs for the literal six-mile uphill segment that closed out the race. Still easier than a physics pset.

Sounds like a proverb but no. You’re going to get wet anyways, and wearing a shell on top of your running gear may lead to overheating.

9. Soak in the crowd but also do bring earbuds

Nothing can beat a crowd on race day, but also nothing can beat the pure rush of fear and adrenaline when a Pitbull song comes on. Choose your poison.

I didn’t know how hilly the Boston course was until about three weeks before the actual race and had been training on flat ground up until that point. Then in sheer panic, I ran hills every single day until the race. 1/10 would not recommend. Do your research.

Could be fake but could also be helpful. I used it mostly as an excuse to indulge in some good good bread but found myself surprisingly energized during the race.

The most cliché of all clichés, but the race was genuinely so fun! Seeing all the spectators and running with friends made the experience one I’ll definitely remember forever :)

13.1 Your pre-race poops are *probably* just out of excitement. Don’t poop.