Flyby Investigates: The One Time Every Two Years Providence, R.I., Is Actually Relevant 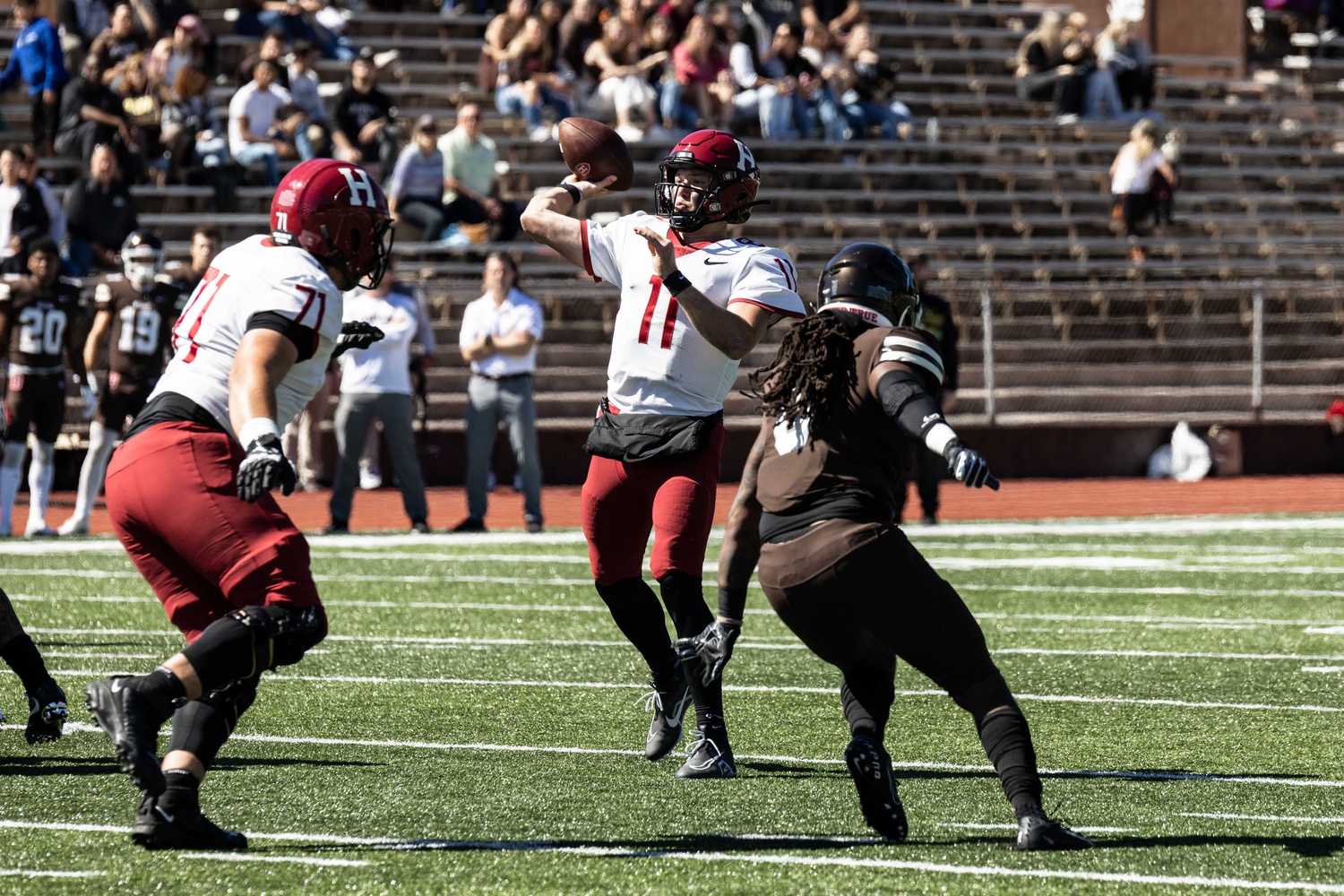 Harvard-Brown typically falls into the shadow of the highly anticipated Harvard-Yale game, but — as part of the 0.00001 percent of the time when the student body decides to rally around something in the name of school spirit (even though we don’t have a real mascot #sad) — it can still be really fun. And judging from everyone’s Instagram stories from the weekend of the game, I’m not the only one with this opinion. So here’s how the day went:

For all you I-put-lunch-and-hanging-out-in-my-gcal folks, this is the minute-by-minute rundown of my trek to Brown. This year’s Harvard-Brown game was on Saturday, Sept. 24th at 12:30 p.m. in Providence, Rhode Island. My friends and I hopped in an Uber from Eliot House at 9 a.m. to catch the 9:40 a.m. Amtrak. Maybe this was a giant overestimation of travel time, but one, I had to ensure we had a few minutes to stop by the La Colombe Cafe across from South Station because their oat milk draft latte is to DIE for, and two, better early than not on the train.

On the platform, we ran into more friends who were on the same train (surprise surprise), which made the forty minute ride pass much faster than a gened lecture. I’m sure the 238,928 Harvard Shop locations in the Square had major foot traffic the night before, because everyone was head-to-toe in Harvard gear. It was actually really nice to see that everyone was excited for the day (and good at pretending we go to a state school).

Once in Providence, a LOT of walking occurred. It was about a thirty minute walk to the stadium where the tailgate was, but again, it went by quickly with friends.

Ivy League students “tailgating” is always funny, because our tailgates consist of a few students standing awkwardly in the grass, bobbing their heads while holding warm beers. This tailgate was basically a bunch of sweaty people squished in between two U Haul pickup trucks, but I will admit I enjoyed myself, even though I regret my choice of long sleeves. It was a fraction of the size of last year’s Harvard-Yale tailgate, and tl;dr: Brown students need to work on their speaker system. But it was a picture perfect day weather-wise (cue the Instagram stories).

The game itself was… not very exciting (but also when is it ever,,,). So I stuck around for about twenty minutes, really just to be able to say I went, then ventured to the Shake Shack for a much needed Double Shack Burger. I demolished it.

At this point, the football was basically forgotten. I eventually ended up on the 3:30 p.m. train back to Boston. While spending time in Providence was a refreshing break from the Harvard bubble, I still think we win in terms of best college town :’)

Overall, I’m really glad I went to the game, even if I felt like I spent the following week catching up on work. It was an awesome pregame for this year’s Harvard-Yale game, and I can’t wait for all the awkward tailgating, good times, and additional profit for the Harvard Shop to come. #rollcrim.