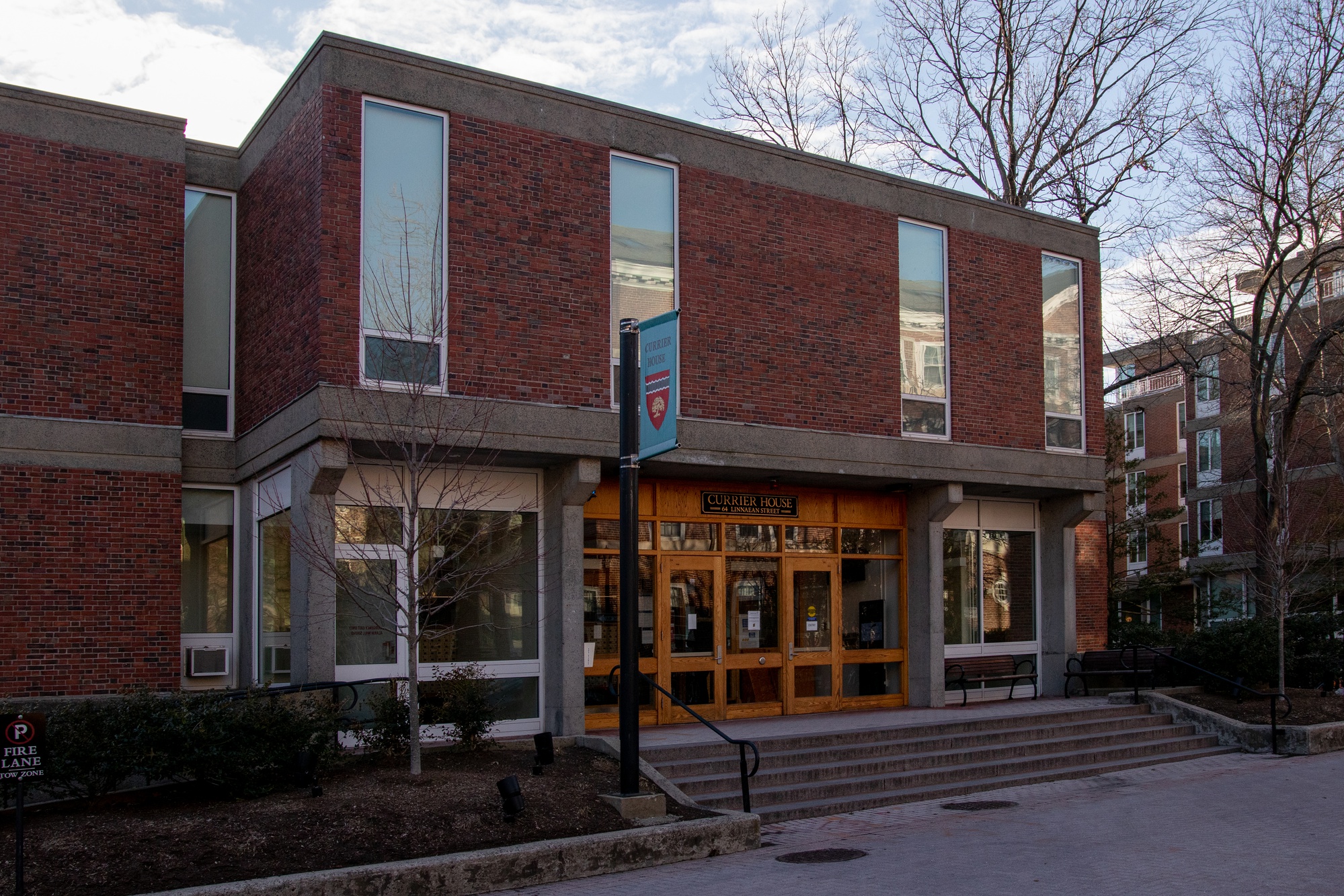 The Exterior of Currier House, Housing Market 2021 By Anne M. Foley
Welcome to Currier House! The only one out of all twelve to be named solely after a woman! Radical and shocking, we know.
By Katie E. Hennessey and Olivia M. Jochl

Home to the infamous Ten-Man suite and some wild stein nights, Currier has a little party for everyone. While most of us know this special member of the Quad has an amazing number of singles, what’s the real tea on being sorted into the friendliest House at Harvard, and what’s the deal with all those trees? 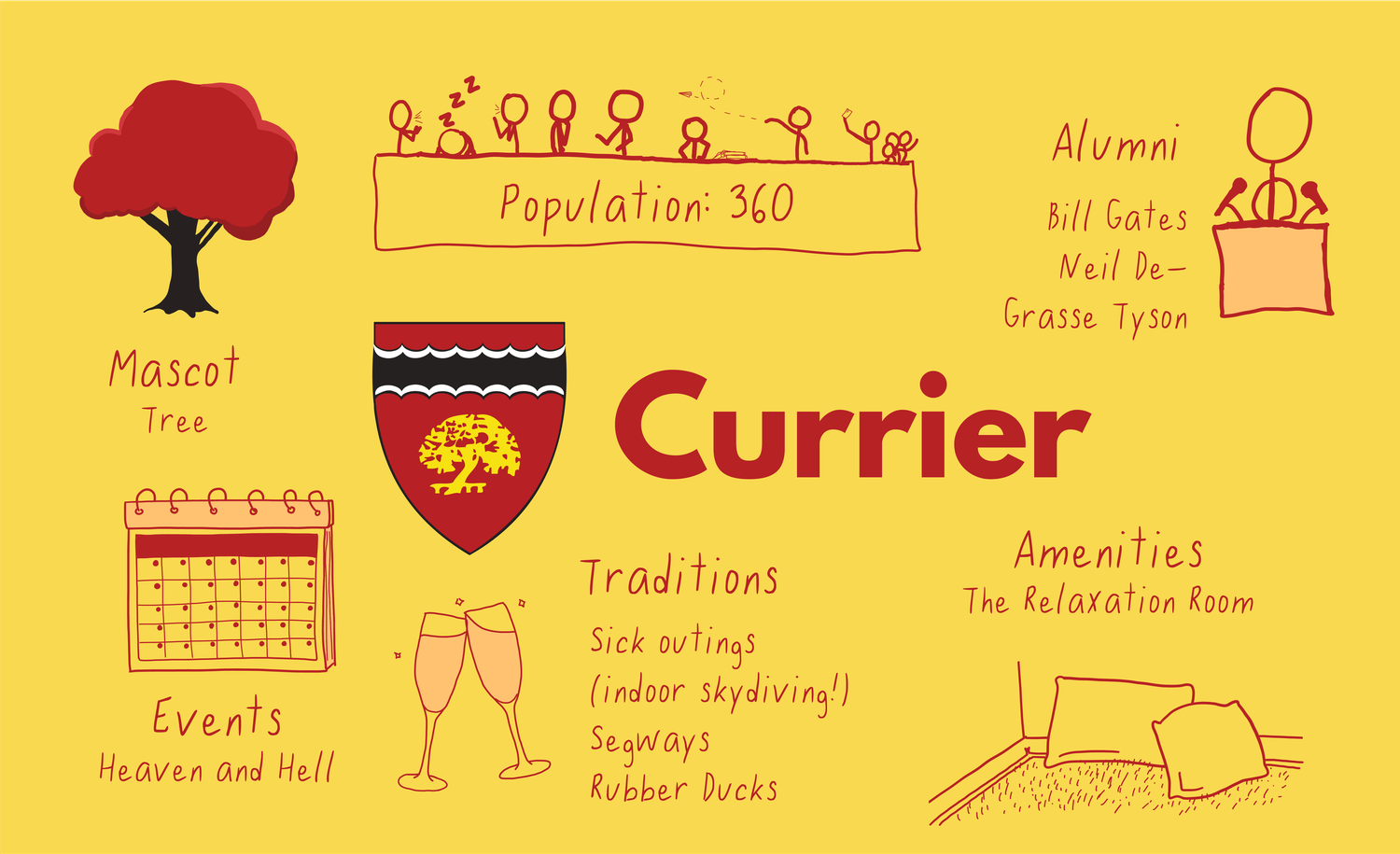 By Madison A. Shirazi and Matthew J. Tyler

“Oh man, so where to begin??” HoCo co-chair Itay Dvir ’22 laughed when asked what he thinks is unique about Currier. Described as the “most inclusive House” by Dvir, Currier prides itself on its incredible support network through tutors and a strong LGBTQ+ community. HoCo co-chair Caroline M. Kubacki ’22 added that “we truly listen to our Currierites’ needs” and try to respond to them, as Currier culture is super focused on making sure all students feel supported and included in academic and social life.

Dvir and Kubacki made it clear that when it comes to intramurals, Currier’s (really) not messing around. Currier holds the current title in intramural volleyball, and also has a strong soccer team, with dozens of Currierites showing up to watch each game, according to Dvir. “We bust out people, we just bust out... It’s a really, really strong culture,” he said. Currier also proudly displays the “Green Cup” in its dining hall, a trophy Kubacki described as “like the Stanley Cup, but [for being] environmentally friendly.” 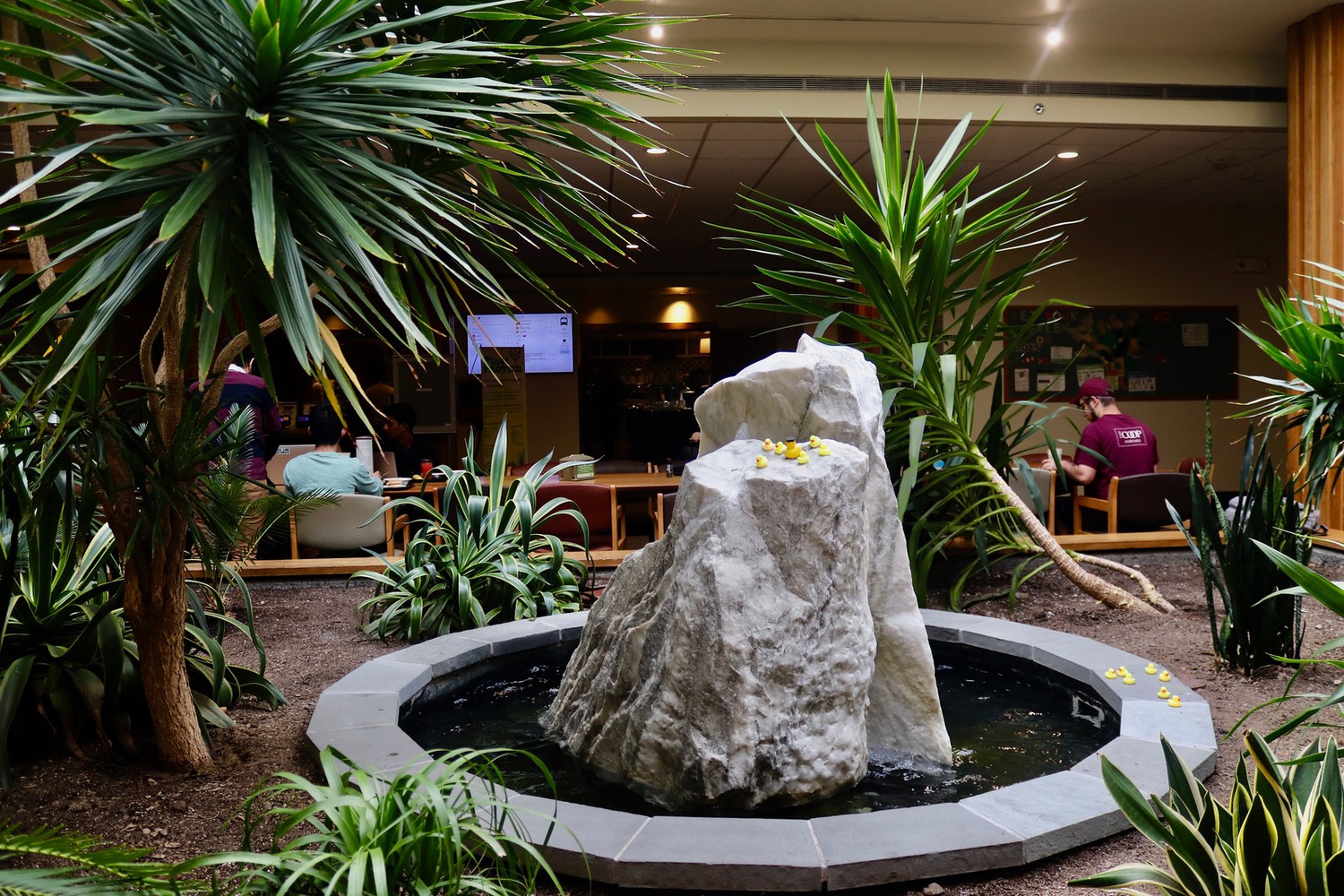 The co-chairs emphasized that Currier can really be curated to fit the needs of any Currierite, — whether you need to socialize and relax a little bit, get help with a pset, work out, grab food, or catch up on reading, there will always be a space and a group of people that are willing to do that with you. Kubacki said one of the best parts of Currier is that “it’s really hard to feel invisible,” and, as one of the most social and inclusive Houses, it’s “always a party.”

While it might sound surprising, when we sat down with the Currier HoCo co-chairs and asked for some favorite Currier memories, a few of their most memorable times in the House included this year’s virtual events. Currier House has been popping off with some exciting Zoom activities, such as a matcha making class that made it into Kubacki’s top mems. If matcha making isn’t your style, the past few weeks in Currier have also seen a chocolate tasting class and a tea meditation. And that’s just in the past few weeks! Kubacki also noted that “the fun and camaraderie of Currier” comes through in these events, even if the community can’t experience them together in person. Clearly, Currier seems to be killing it in this virtual world! 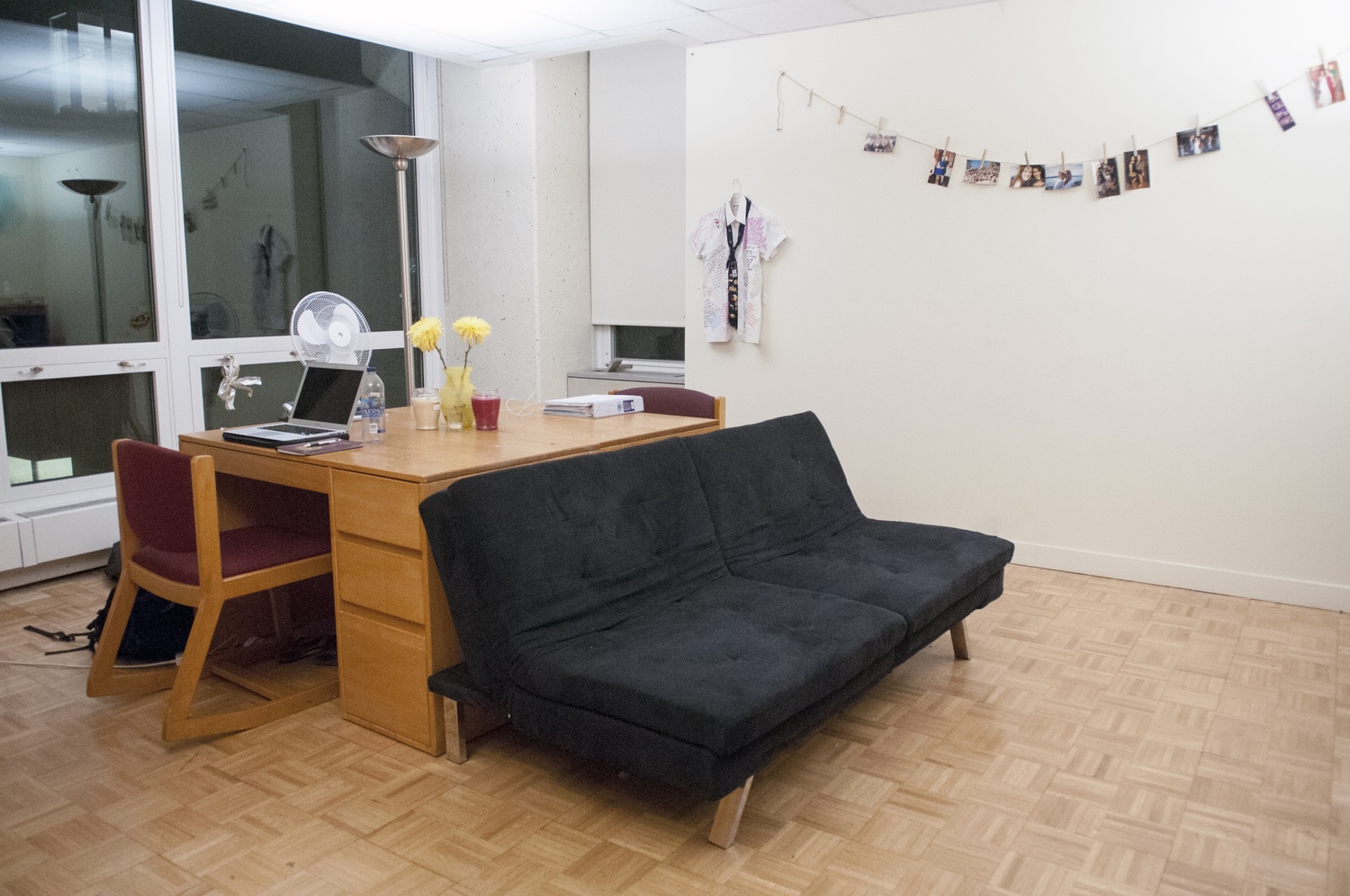 Both of the co-chairs said one of the best parts of Currier is the physical set-up of the building. The House boasts an absurd amount of kitchens, topping off with around 52 cooking spaces, and also offers some more unique spaces like massage rooms, music rooms, and most recently, a meditation room, which was added after a group of Currierites asked if an area could be designated for prayer.

With only one main door, there is no sneaking in or out of Currier. Kubacki and Dvir described it as a “sucker culture,” because by the time you’ve gotten to your room, you’ve already passed dozens of Currierites eating in the dhall, chatting in the Fishbowl, enjoying some of Currier’s various game tables, or maybe even singing some ~Currioke~. Truly no way to escape this House spirit! 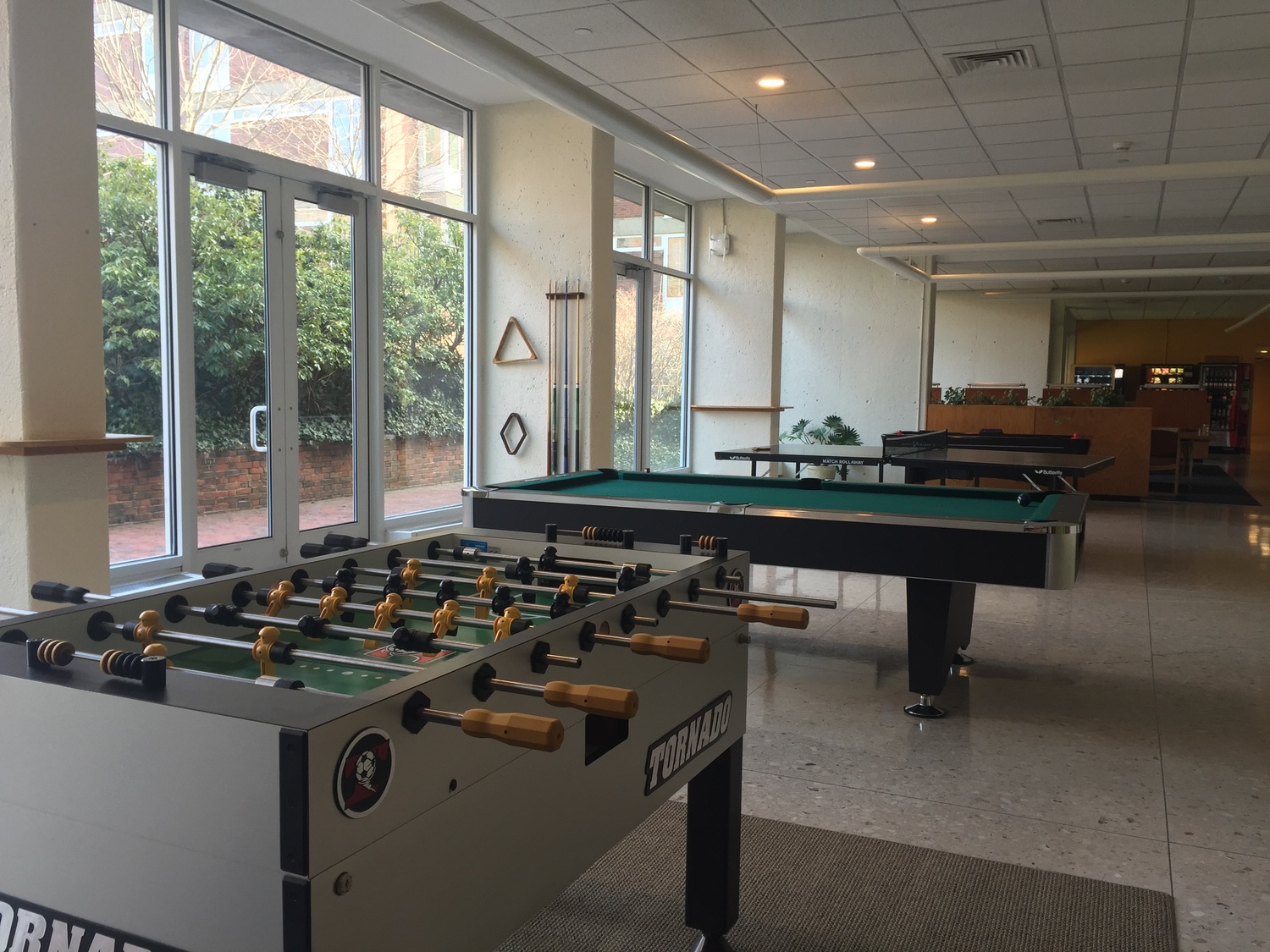 If all this exciting info hasn’t satisfied your Currier curiosity, Kubacki and Dvir answered even more questions for us.

If your House were a Harry Potter house, which one would it be?

CMK: I’m thinking Hufflepuff — and we have a huge Quidditch community!

ID: So both me and Caroline are both Hufflepuff, like probably hardcore Hufflepuffs, and a lot of HoCo is also Hufflepuff. Some of the most social people in Currier are Huff. I think that we are a social House — we’re caring, we have a lot of empathy. I’m thinking Cedric Diggory, I’m thinking honor. We have House pride, to the max… so I think we’d have to take Hufflepuff.

If you had to describe your House in three words, what would they be?

CMK: Inclusive is definitely one of them. I want to say creative. We have a huge dance studio, so I feel like there’s a lot of dance teams always coming through here, there’s a lot of artists...

ID: If I'm going to go in depth a little bit more — there’s a Hebrew word that doesn’t translate directly into English, but it’s called “firgun,” and it’s just this ability to be truly happy and supportive when other people in your community succeed… I think there’s constant support for you everywhere you look. 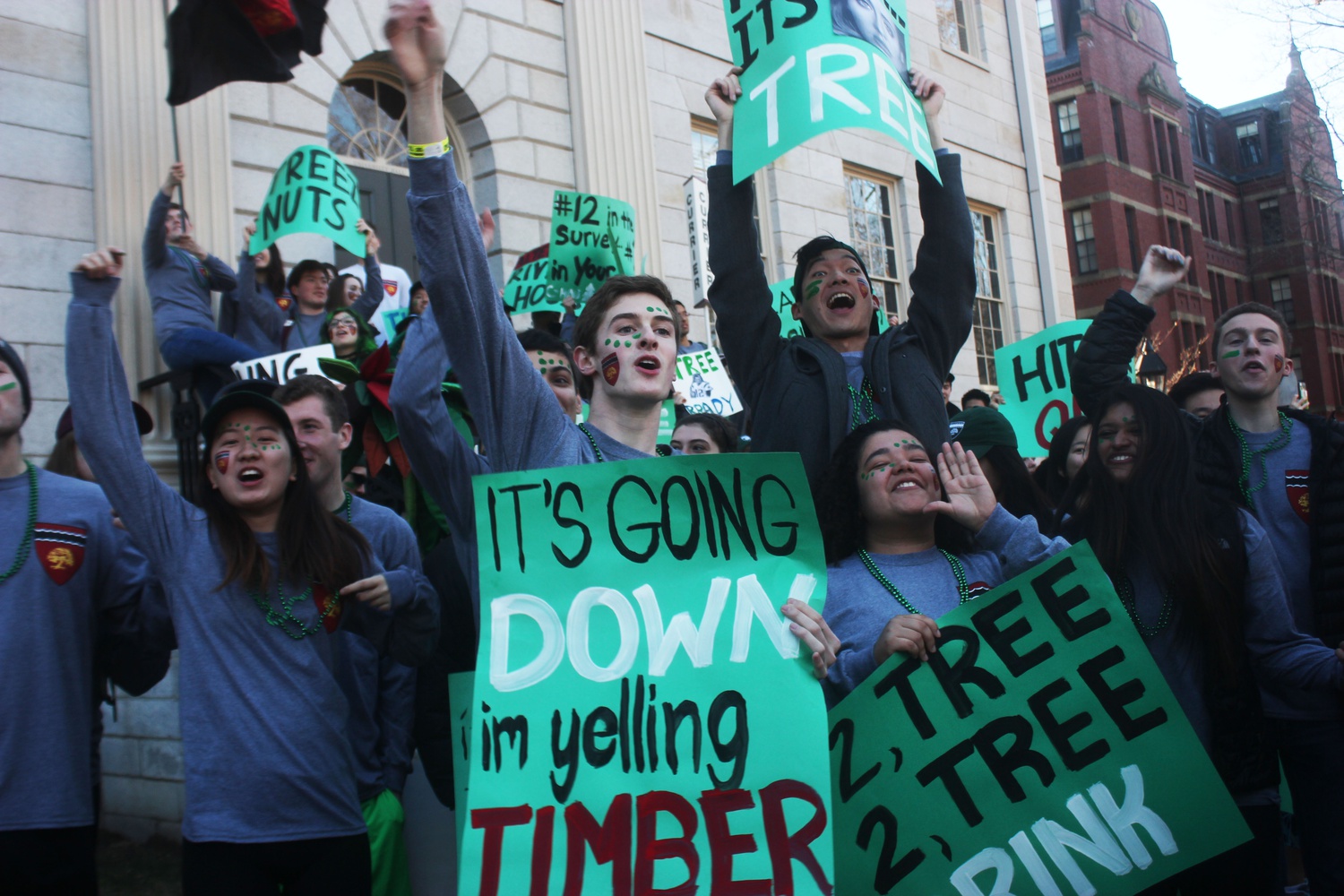 What is one thing you want incoming Currierites to know about their House?

CMK: You just won the jackpot! You might be a little far away, but honestly the distance is nothing. I actually think the entire Quad community as a whole is absolutely incredible on top of the Currier community. So, I think you’re going to be supported and it’s going to be a very social, fun, enthusiastic, energy-giving environment.

ID: I remember getting sorted into Currier… I came in with a very open mind, very excited, and I’ve gotten everything that I’ve wanted and more out of the House, and I think that’s a shared opinion from a lot of people. So, I just think everything that Caroline said. Have an open mind, be excited, and we’re super excited to welcome all of them in!

Read our overviews of the other Houses here!