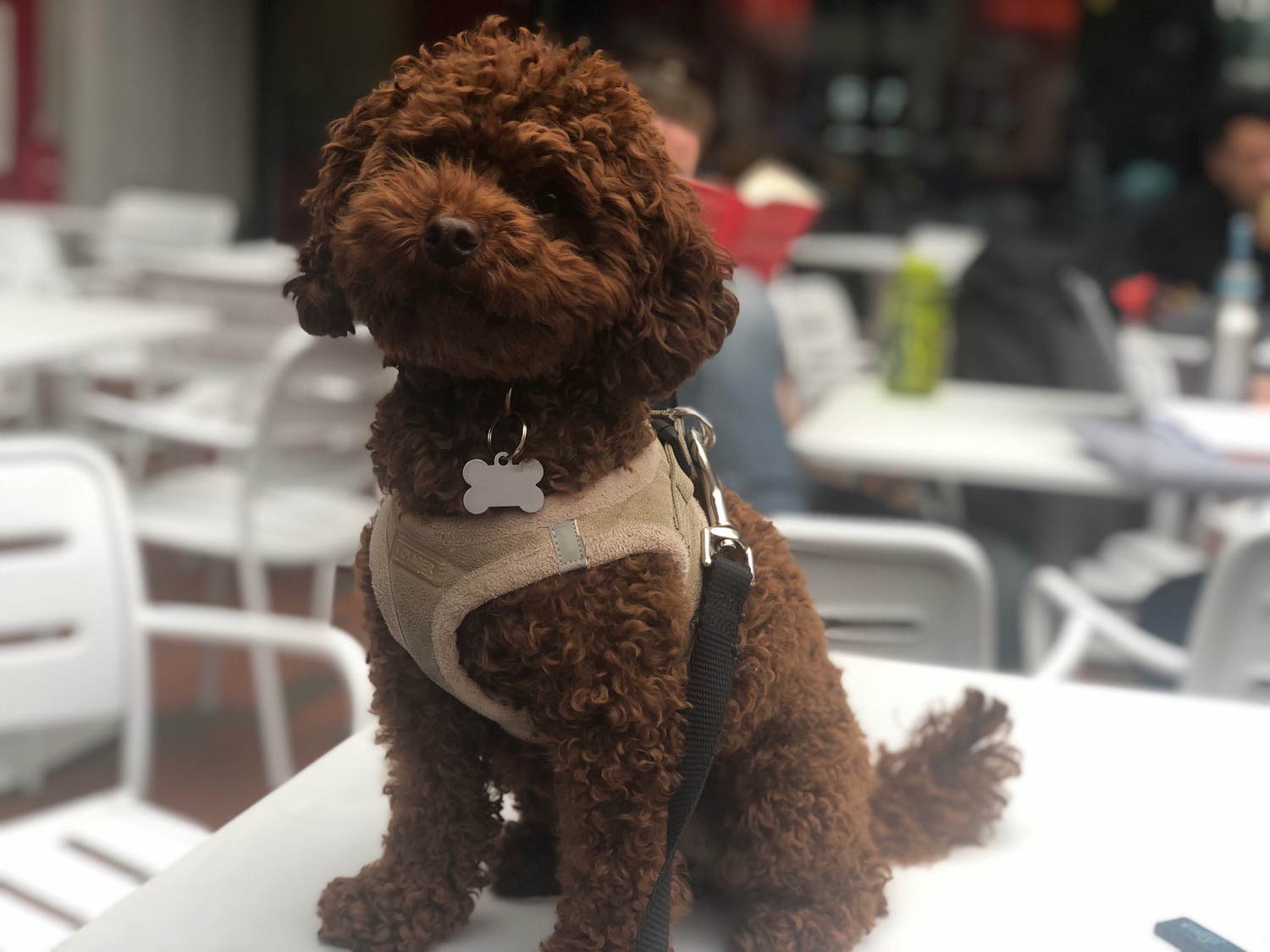 If you’ve ever been walking near Adams and you’ve seen what looks like a tiny teddy bear roaming around, have no fear: You’ve just been blessed by Pepper, the toy cockapoo owned by two tutors in Adams House. It’s hard not to feel complete joy and an immediate need to pet him when you come across this tiny ball of fluff, so when we heard that he wouldn’t be residing in Adams next year, we had to go learn more.

Tutors Sheila A. Gholkar and Vinayak Muralidhar have had Pepper for just over a year, and he’s been an adorable addition from the start. “When we first got him, you could literally hold him in the palm of your hand,” said Gholkar. “We couldn’t even find a collar that was small enough for him!” He’s grown a bit in the past year, but as the runt of his litter he’s still the perfect size to carry around. While it may seem surprising, he’s actually fully grown, so he’ll be staying perfectly pint-sized.

Students in Adams are especially fond of Pepper’s “puppy office hours,” where they can sign up to spend a few minutes one-on-one with him. With even those outside of the House asking for the chance to spend time with this popular pup, his social schedule rivals that of even the most outgoing students on campus. Pepper is a big fan of the students too, as he can often be seen standing by his door waiting in excitement for his next visitor to come.

Pepper loves to be anywhere he can see other people around campus, but one of his favorite spots is the security office in Claverly Hall. There may be a “Warning: Security Dog” sign making his presence known, but don’t worry — he’s anything but threatening and loves to sit there for hours greeting students who are coming home after a long day of classes.

Beyond puppy office hours and his favorite hang-out spots, he’s also known to spend some time in the spotlight. At this point, nearly everyone has seen the legendary Adams Housing Day video, but next time you watch be sure to pay close attention during the scene in the main lobby: You may spot a very special cameo!

Pepper isn’t just a favorite of students around campus; he’s also a volunteer for Pets as Therapy. Every week, he and other dogs of faculty members and tutors travel to the Cambridge Rehabilitation and Nursing Center to spend time with its residents. Though he’s known to be pretty energetic, he does a great job when volunteering and has become pals with some of the other dogs in the group!

Now, for the bad news: Unfortunately for those of us new to Pepper, he and his family will be moving away from campus this upcoming summer. But, don’t start your mourning yet — Pepper isn’t going far! “We’ll be staying in Cambridge, so you’ll definitely still be seeing us around,” said Gholkar. Though Pepper sightings may be a bit more rare in the future, that’s even more reason to cherish every opportunity you get to see this sweet pup around campus!