Types of People You'll Find at a Harvard Football Game 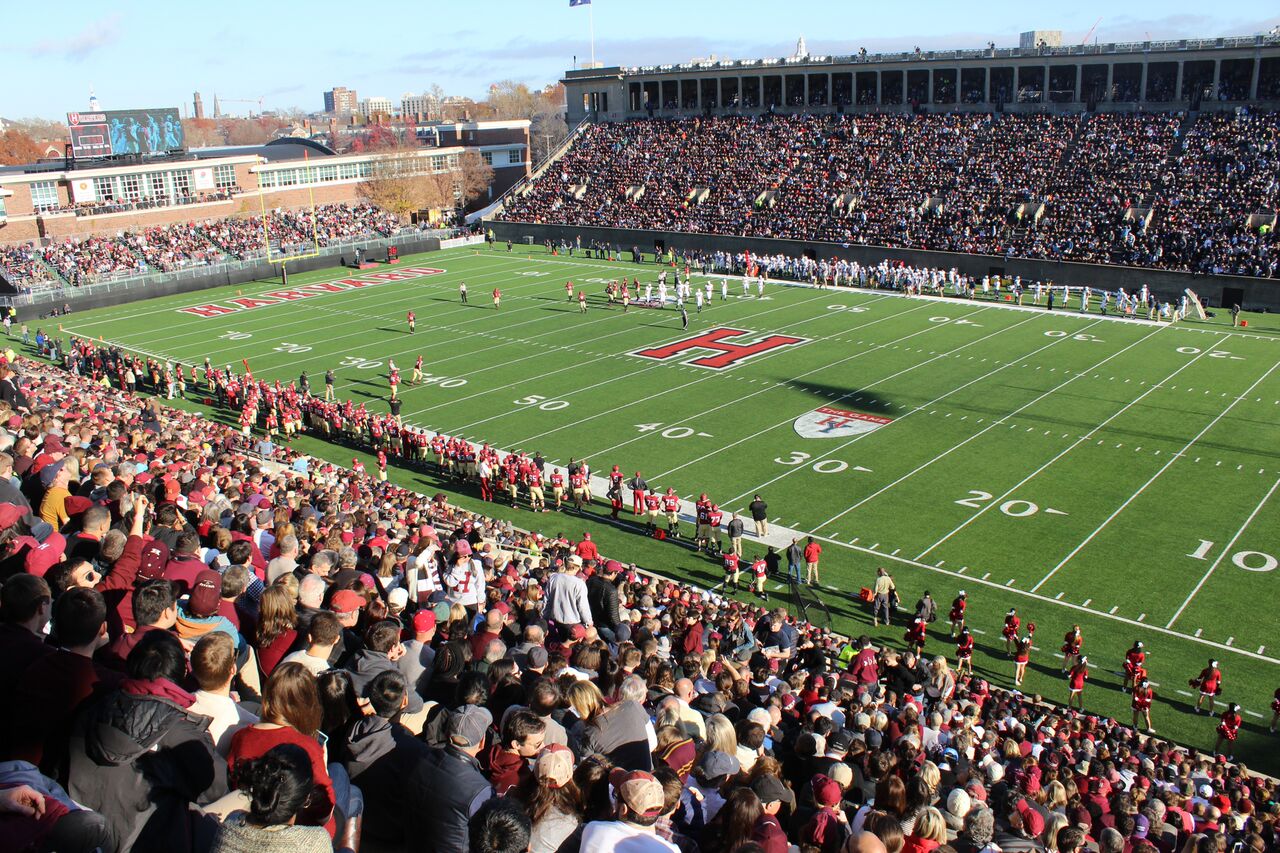 Harvard is no state school when it comes to sports, but a Harvard football game is still a classic experience: fans roll in, lights come on, and, hopefully, the Crimson crush their opponents. Though not everyone makes these games a regular part of their weekend, it’s worth checking out a game before Harvard-Yale. With football season in full swing, here are some people in the bleachers you’ll definitely run into:

They’re ready before the game even begins. Dressed head to toe in Harvard merch — with a foam hand sign, warpaint, and all — these die-hard fans are walking Coop ads who know that to win, it’s either go big or go home. With stronger lungs than that tuba player marching on the field below, you’ll hear them cheering, whether you like it or not.

Football isn’t that hard to understand. It’s running into each other until the whistle blows, right? Not everyone walks out to the game knowing the rules, but you’ve got to admire this game-goer’s confidence. We don't know why they came, but they’re here. They need help understanding the yard lines, the scoring, and everything in between. You might even hear them cheering for the wrong team. But hey, it’s the thought that counts.

Cute outfit? Check. Hand on hip, head slightly tilted, and a big smile, this person came to the game and their Instagram followers are going to hear about it. They’ve got more friends than you can count, and heck, they even know kids from the other team. If they’re in your way, you’ll just have to deal with it. There’s no rule against being too friendly, and they’re just here for a good time.

If you ask this person what the best part of a game is, they’ll tell you it’s the pretzels. They’re begging to leave before it even it starts, and we know they’re only in the bleachers because a couple of friends dragged them along. They complain about how boring the game is, but you can’t really blame the game when they’re in the bathroom — for the 6th time — when Harvard finally scores.

To some people, football isn’t just a game: it’s scientific research. They know the stats, they know the players, and they know all the plays. You’ll get the minute-by-minute commentary whether you asked for it or not. They’re low-key flexing on you. But you just let ‘em.

If you and your friends have already made it to a game this season, we hope you had a great time. If you missed it, no worries — there’s plenty more to come this fall. Don’t forget to check out the athletic calendar for ticket pre-sales, and GO CRIMSON!