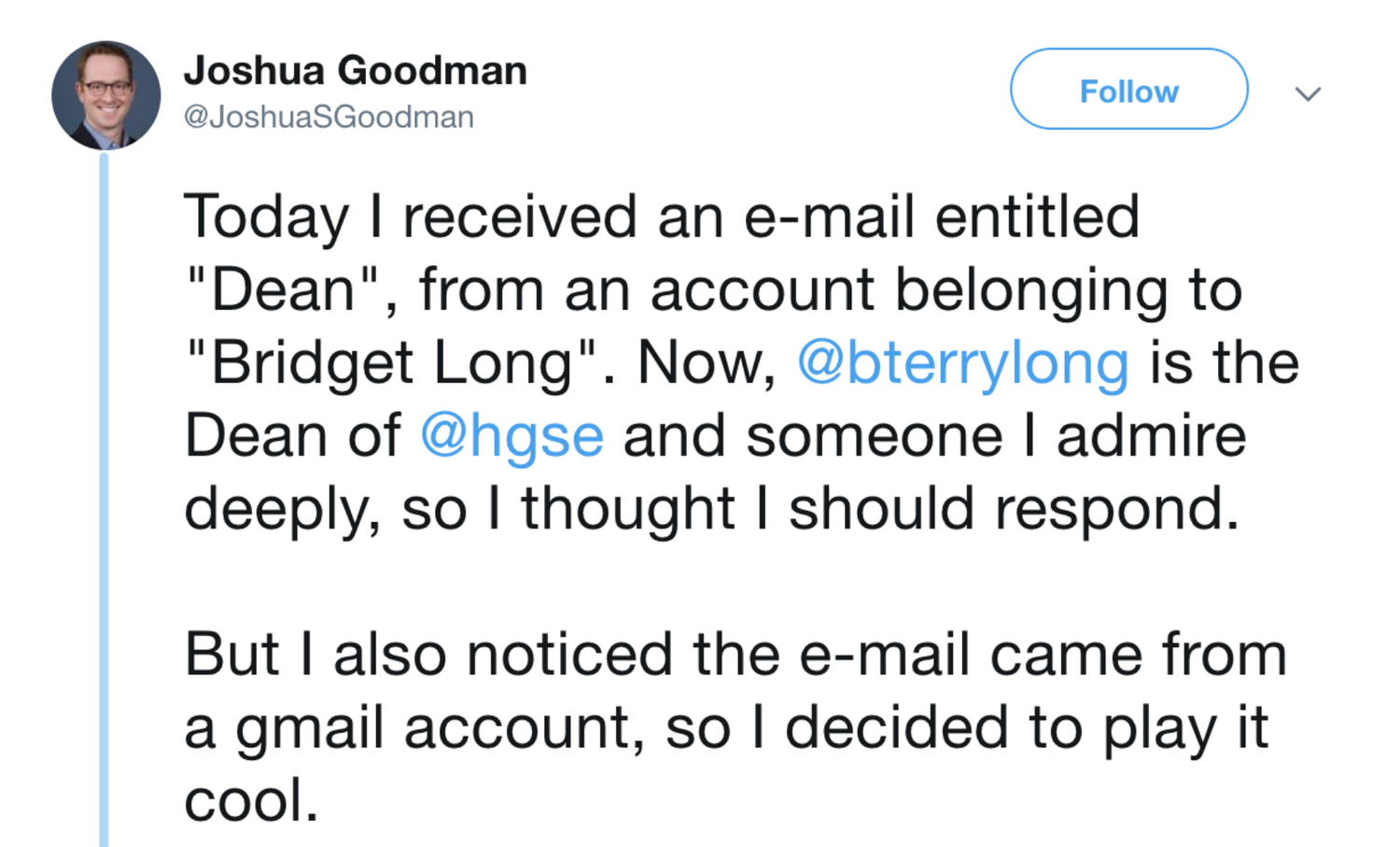 It seems as though faculty would be used to receiving questionable emails at this point — after all, we’ve all written our fair share of late night, sleep deprived pleas for extensions. However, it seems as though the senders of these odd exchanges aren’t limited to students. Apparently, Bridget Terry Long — the dean of Harvard Graduate School of Education — was the latest Harvard figure to try to scam University faculty members.

The two question marks really makes it seem urgent (and really gives off “I’m the Dean of the GSE” vibes). Well-played, “Dean Long.”

Seeing that the email came from a Gmail account, Goodman wanted to “play it cool.”

Good effort, Professor Goodman, but if the combination of “Yes” and “what’s up?” gives off any “play it cool” vibe, it’s my grandpa’s.

“Dean Long” told Goodman she was “in a meeting” and couldn’t use her phone. She needed Goodman to get her an Amazon gift card from the store immediately!

Goodman played along for a while, and even asked “Dean Long” to verify her identity by telling him a very specific piece of academic information. 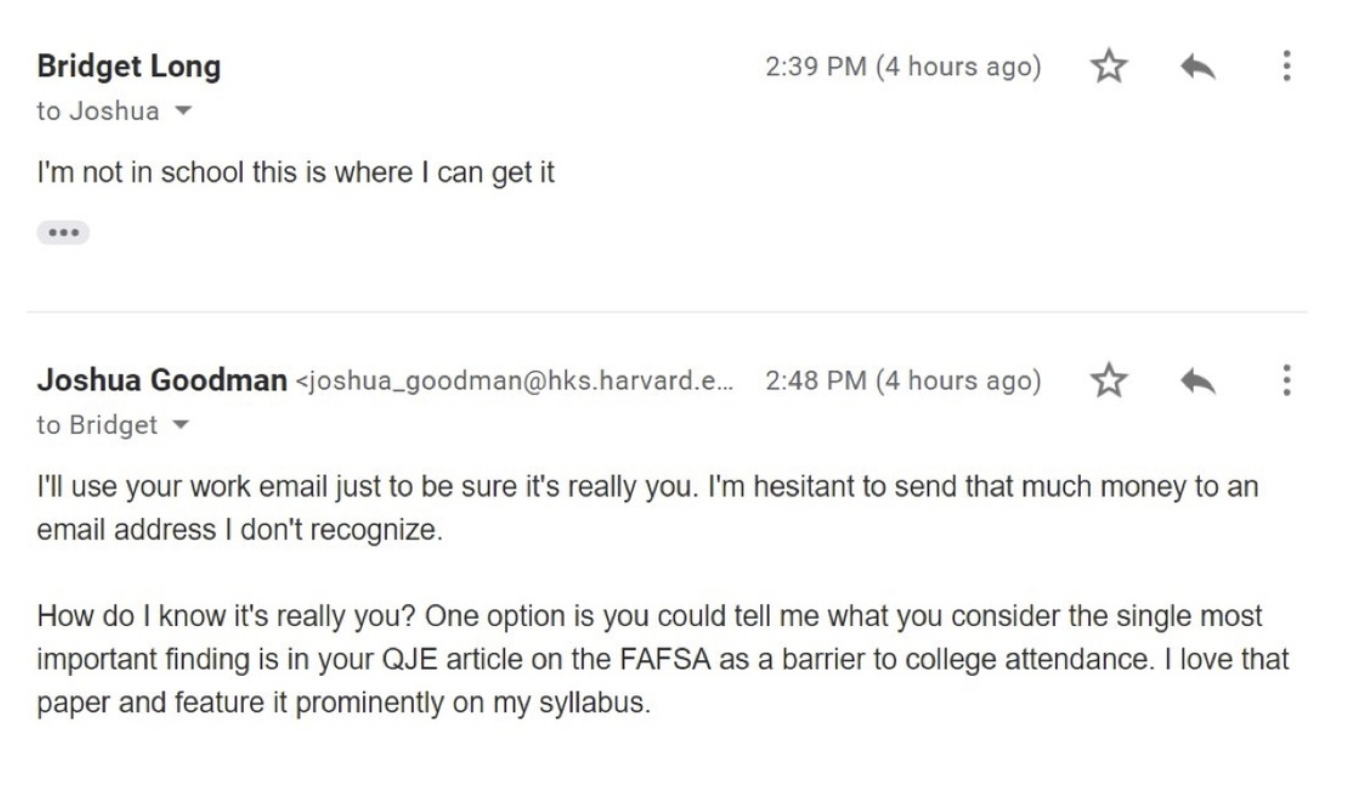 To be honest, playing the “look how smart I am, I’m a Harvard professor” card on a scammer is just kind of sad. I’m starting to wish the scammer had actually succeeded.

Regardless, Goodman eventually informed the phisher that he knew this was a scam and that he would be keeping the $500 worth of gift cards for himself. What did he spend it on? Madagascar Hissing Cockroaches? Academic studies to flaunt? Give us some more ideas in the comments. 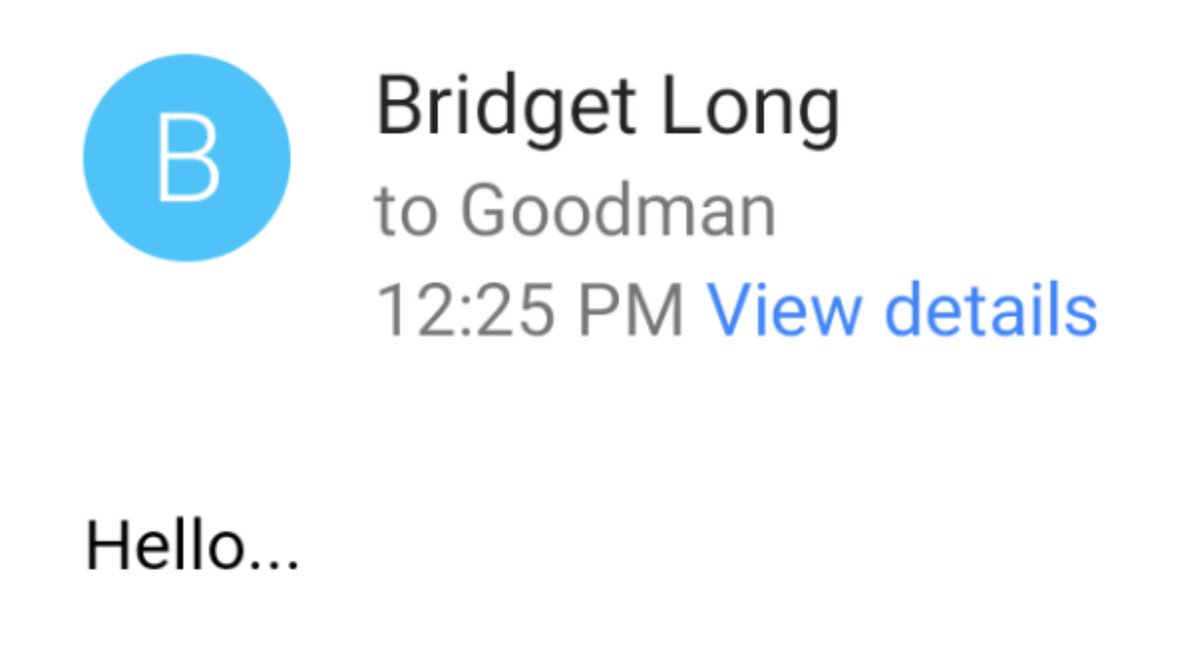 But the phisher was persistent and kept up the act. Twenty-six hours later and “Dean Long” was apparently STILL stuck in a meeting…on a Saturday. Is the academic life really THAT tough?

After a meeting that lasted 24 hours, $500 spent on gift cards, and the flexing of academic muscles on an email scammer, “Dean Long” finally stopped writing.

As for (the actual) Dean Long herself, she responded on Twitter by reassuring the world that the emails were not from her and that it was, in fact, a scammer. 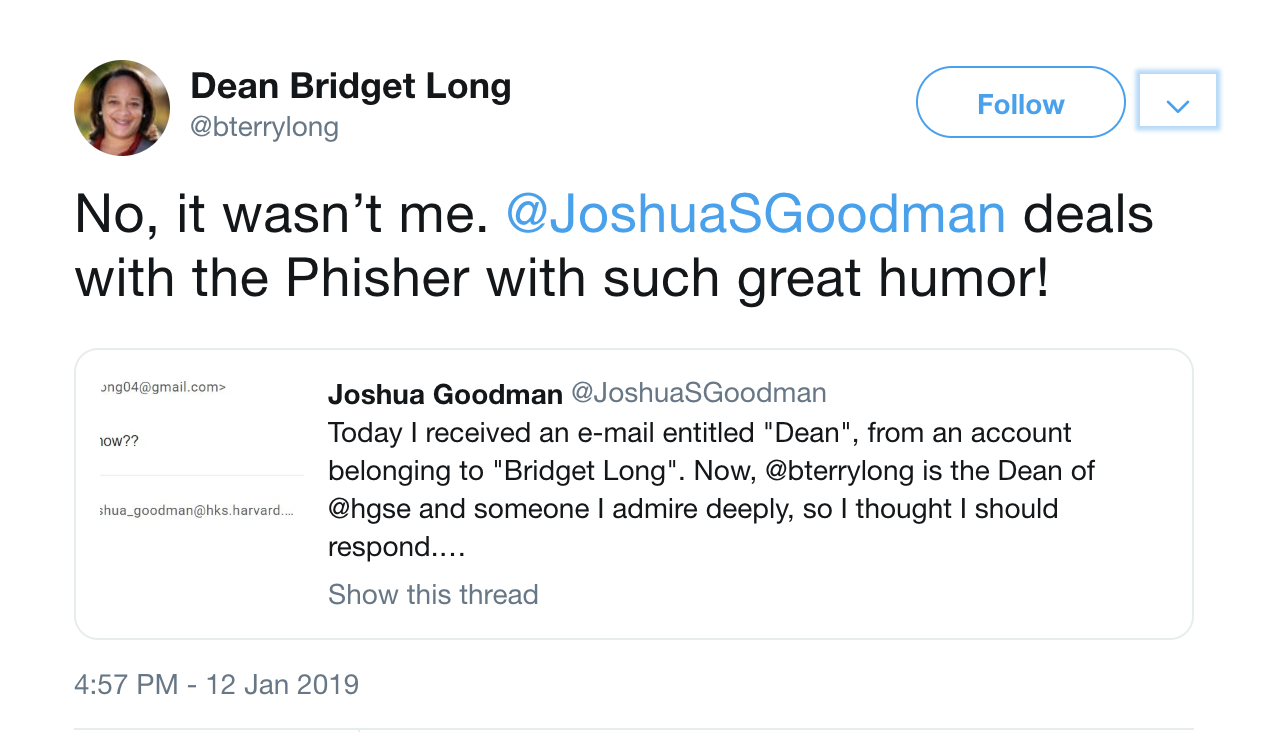 Long joins a group of illustrious faculty members — including former University President Drew “Pay Me Money to Speak at Commencement” Faust — who have been impersonated by scammers looking to swindle academics for their money. We hope she enjoys this distinct honor.

A link to the full Twitter thread can be found here.