Thoughts Yale Students Have on The Game 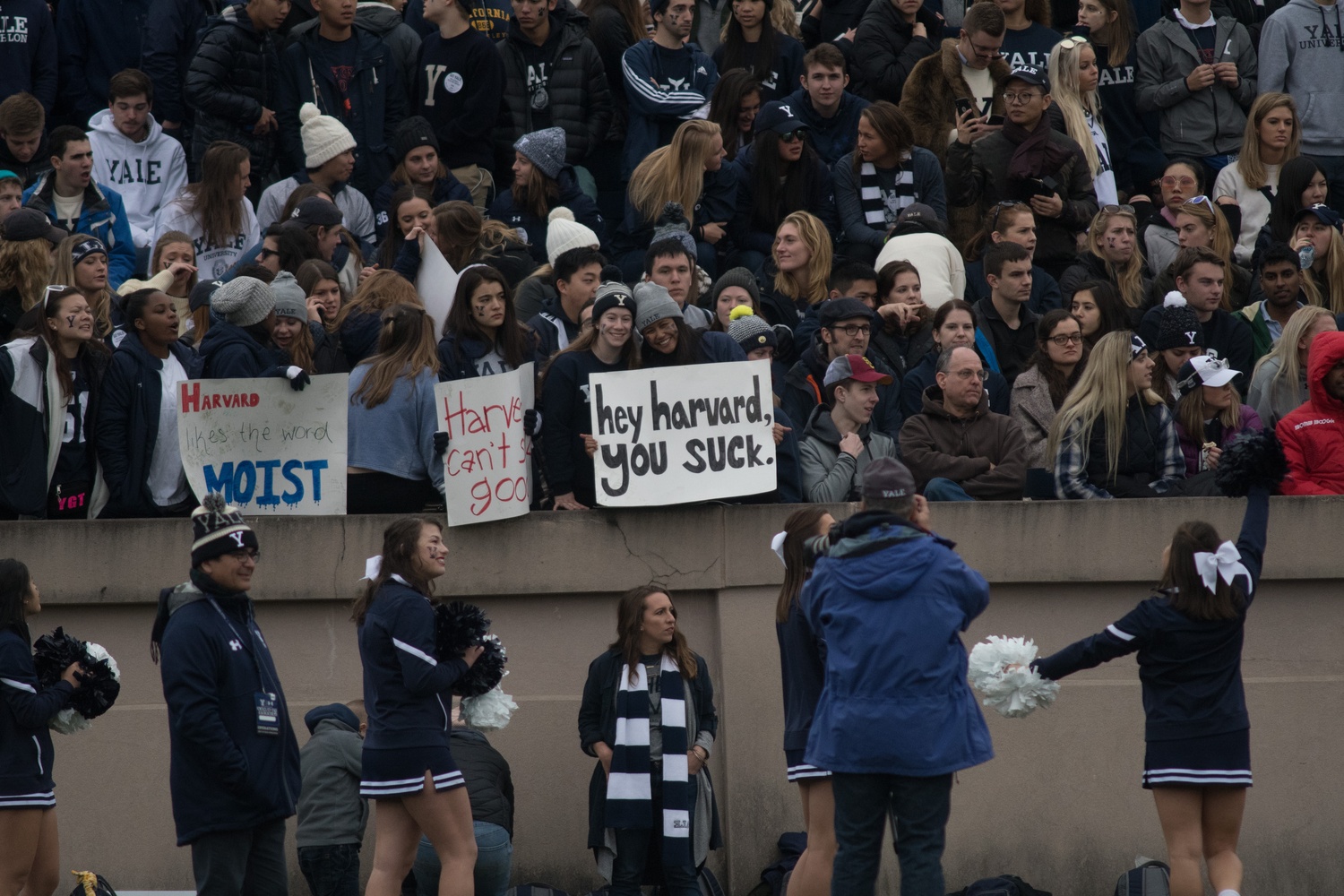 The signs say it all? By Megan M. Ross

Some are self-aware of how ~unintellectual~ we seem (and are) based on our pregaming activities:

“I look forward to the Harvard-Yale Game every year, because there is nothing more amusing than undergraduate students from two of the supposedly most prestigious universities in the country making complete and utter fools of themselves.”

Some find the rivalry to be good-natured and a great opportunity to make friends:

“I had such a good time at The Game last year...it just felt like a big sense of community and fun even though it was supposed to be competitive, and I really enjoyed meeting Harvard students and showing them our campus, which I love.”

Others, not as much:

“Harvard has a color for a mascot so should they really be talking? I think not...”

And as always, there are pessimists on both sides:

“Harvard’s football team sucks, but so does Yale’s, so I wonder how it’ll turn out.”

But that might not matter as much as some may be homeless for the night...

“I’m a little concerned about how it’ll go...haven’t heard any information about the tailgate or how to find a place to stay for the night.”

The overall distribution of tickets was annoying for everyone this year though:

“The limited number led students to camp outside the ticket office from 5 a.m. onward. Lots of people cut the line and it was really contentious between members of the student body...People had to skip their classes in order to go.”

“Only around 2500 tickets were given to Yale for its students — and we have 6000 undergrads, so what was the thought process on that?”

And we agree that the location isn't ideal:

“One of the fun things about The Game is being able to move around and see your different friends so I think it’s a huge inconvenience to have it at Fenway. It almost ruins the ‘go with the flow’ atmosphere of the event.”

So it makes sense that there are...

“People like myself who are just going for the fun and not to watch the game.”

But the big question that we and Yalies have in common is: