Pour One Out for Hebrew Bible 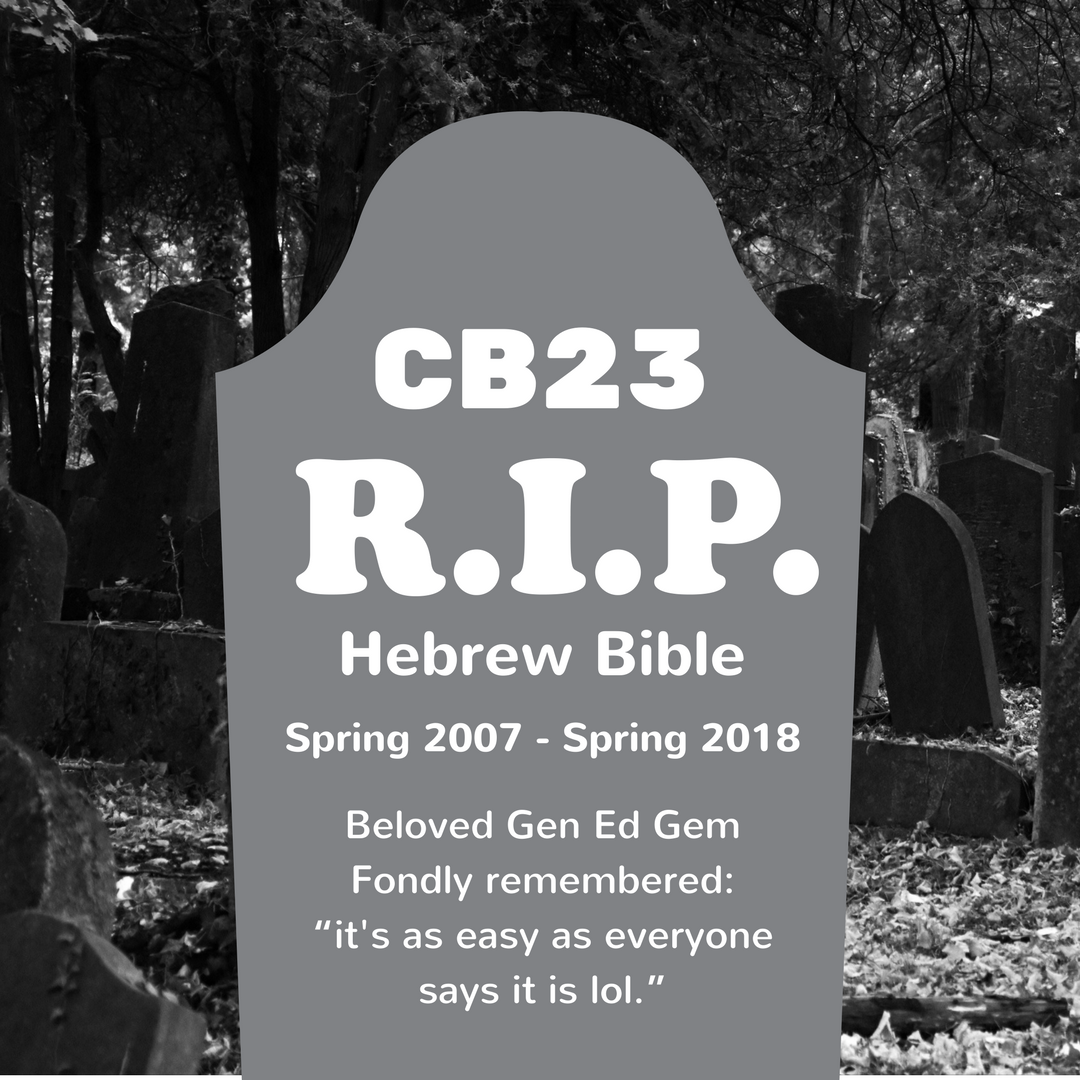 In Memoriam. By Lydia L. Cawley

“Hebrew Bible is dead. Hebrew Bible remains dead. And we have killed it.” -Friedrich Nietzsche

The beloved GPA booster is losing its General Education eligibility status next semester, and we are all terribly saddened by its departure from future transcripts. If you’re one of the many savants that devoted four grueling, nose-to-the-grindstone months of blood, sweat, and tears to the academic rollercoaster that is CB23, you’re aware that the first half of this sentence was total nonsense. With a mean workload of 2.5 hours, Hebrew Bible was a beacon of hope for students aiming to lessen their academic burden.

There were two types of people who took Hebrew Bible. They are best embodied by the following two (actual) Q reviews: “This course is great. You learn about the relationship between Christianity and Judaism, which was a fairly interesting topic for me as well as pretty useful for life in general.” and “it's as easy as everyone says it is lol.”

Professor Shaye J. D. Cohen acknowledges the borderline cult following behind his course within the first five minutes of the first day of his class. More admirably, he brings the same enthusiasm to the rest of the semester’s lectures, despite their notoriously poor attendance. He embraces the reputation of the course, and allows students to take it without fear of divine judgement for taking the “easy way” out of the Culture and Belief Gen Ed requirement. Although we presume that enrollment may decline in the fall, we must give credit where it is due: Cohen dealt with the insane variety of students that (sometimes) showed up to his class—from those who watched full seasons of Friends in the back of Emerson 105, to those in the front row who asked questions because they didn’t do as well on the midterm as they expected to.

Regardless of what the future holds for Hebrew Bible, we can only reflect on its time in the General Education department with gratitude. Thank you for giving our GPAs hope, Professor Cohen. Our unaware parents and future employers will never realize your contribution to our inflated grades and false academic qualifications.