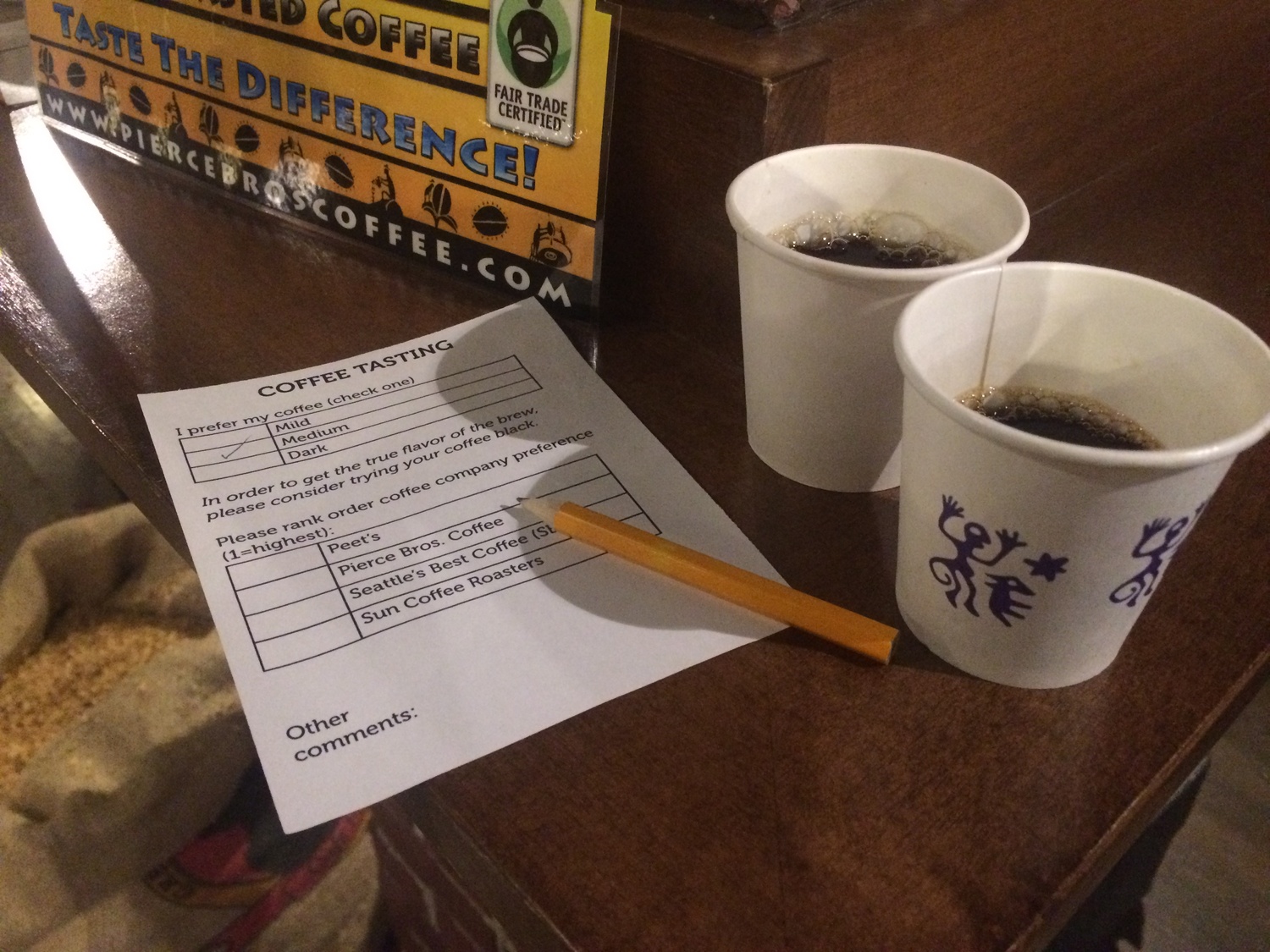 The little sheets of paper that will decide the taste of your future all-nighters By Eva S. Monroe

If you’re like us at Flyby and are dependent on coffee on get through your day, you’re probably aware that what HUDS calls coffee is...less than ideal. Thankfully, HUDS is looking to change its supplier for next year, and held a taste testing event in the Queen’s Head today to get student input. Since we’re never ones to turn down free food, we at Flyby dropped by to sample the different coffee brands that could be potential replacements to our current selection of Seattle’s Best.

First of all, props to Harvard for actually taking student input, especially for an important decision regarding everyone’s favorite thing to complain about: HUDS. I personally think that HUDS has improved markedly in recent months, and actually boasts some amazing dishes and desserts. But nevertheless, the opportunity to have something new to complain about in our dining hall is great.

There were four options for students to try: Peet’s, Pierce Bros. Coffee, Sun Coffee Roasters, and our current company, Seattle’s Best Coffee. The Sun Coffee Roasters guys had a complicated-looking setup (think Clover’s coffee) that didn’t seem completely translatable to the dining hall. It did look cool and hipster, though, and if chosen might better allow students to pretend like they know what good coffee tastes like. Both Sun Coffee and Pierce Bros seemed to emphasize fair trade and making a difference in their production methods, which is admirable.

Seattle’s Best offered extra treats and the most corporate looking display, probably to try and draw in students who clearly hate their coffee enough to demand a change. It seemed like this fooled no one, though, and the stand was least busy among the options. Probably because most of us know Seattle’s Best as the only-slightly-edible caffeine source that we all begrudgingly use to get through our day.

Frankly, I can’t say that I have the coffee palette that can actually tell the difference between most types of coffee, but I really appreciated people telling me about different notes and flavors while I sipped slowly and nodded in agreement. I’m partial to Peet’s, so that’s who Flyby is going to declare as the winner of this battle. Their coffee was the least bitter to my unrefined taste-buds, and the fact that they have two stores within seconds of each other in the Square (look out, The Harvard Shop) suggest they’re a crowd favorite, too. Stay tuned, though, for what the Harvard population ends up deciding—results should be released in the next few weeks.