How To: Do Visitas Right 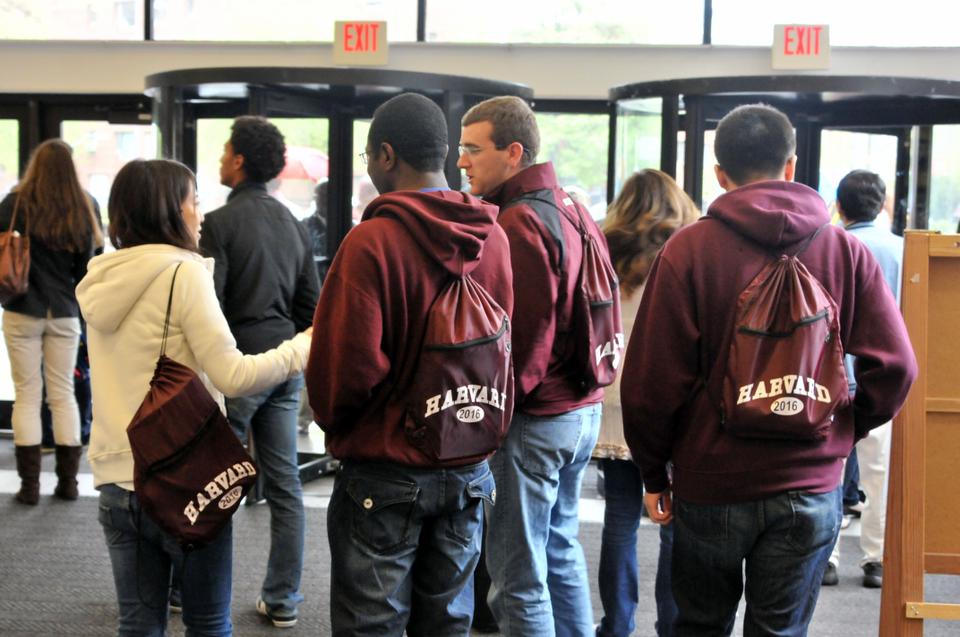 Visitas, Harvard’s annual pre-freshman visit weekend, comes only once a year. If you’re not a jaded upperclassman, this weekend represents an important time to showcase the fun side of Harvard, proving to young high school students that this place is more than its midterm season. But on the other end, visiting pre-freshman have big questions on their minds - will I fit in here? Is Harvard ~right~? If you’re in that boat, this post is for you.

Many freshmen that visit claim to be worried about whether or not they’ll be able to compete academically on this campus. Whether or not this is actually a guise for name-dropping other options like Stanford, Princeton, or Yale is unclear, but it’s important to know that Harvard students primarily like to compete on how little work they’ve done on the problem set due the next day or how screwed they are for their next exam, rather than for levels of success. So during Visitas, spend less time asking people about classes and more time asking people about their favorite other people on this campus. That’s what actually matters – you’ll probably have an A- average anyways.

Don’t blackout this weekend. We know, we know, you’re so excited to be experiencing college and final clubs are the best thing to happen to anyone ever. It’s not that your reputation of being that kid who couldn’t handle himself this weekend will last – we know that this can easily be accomplished through incessant Facebook posts instead. Rather, too many a young pre-frosh has wasted his four years of work in high school by getting too drunk at Visitas and ending the weekend with a rescinded letter of acceptance from Harvard. You’ve seen a movie about teenage drinking before, so take shots of water and let the placebo effect carry your night away. You also aren’t a student here so the Amnesty Policy, though it’s another good reason to commit, doesn’t count for you yet.

At the end of the day, Visitas is really all about meeting friends who will become your lifelong partners-in-crime and who will speak at your wedding. Indeed, for an entire week of freshman year, countless students consider meeting up with their BFFs from Visitas before abandoning the notion and making friends with other people instead. But believing that you’ve found your crew and then realizing you’ll never speak to them is one of the most important parts of the Visitas experience - try to make sure you don’t miss out on the fun.