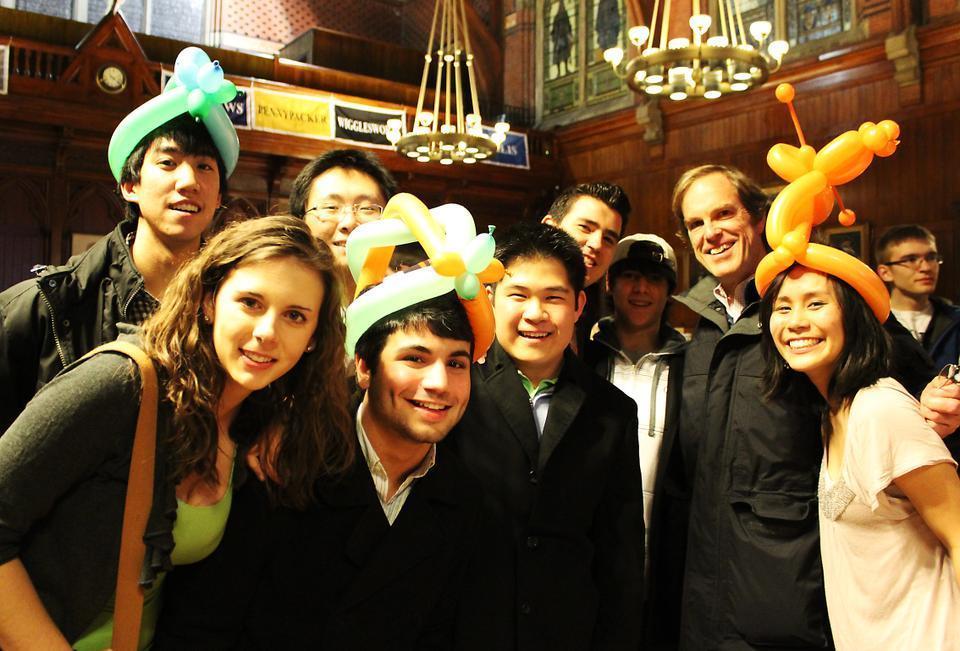 With the rising Sophomore Housing Lottery registration opening next Monday, Feb. 29, blocking drama has come in like a wrecking ball. The stress in the environment is visible through the decrease in food supply at Annenberg because of freshmen eating their feelings and the lack of lack of Kleenex packs at the CVS in the Square. Blocking, just like everything else at Harvard ranging from getting into a finals club to exiting Lamont Library, is an unnecessarily complicated and painful process.

The Leader
Blocking leaders take their blocking responsibilities very seriously. Blocking leaders spend so much time creating and resolving blocking drama, that they consider it one of their extra curricular activities. In fact, you can find their commitment to such position under the “Leadership” section of their resumes.

The Secret Schemer
This silent schemer may come across as the underdog of the blocking hierarchy. He doesn’t complain, or criticize. On rare occasion, you can catch the secret schemer having shady one-on-one talks with a random person that somehow ends up being part of your blocking group.

The Blocking Polygamist
Blocking Polygamists have a tendency to drunkenly commit to more than one group and hate confrontation. The blocking polygamist cannot stand all of the drama and just wishes “we could all get along like we used to in middle school and bake a cake filled with rainbows and smiles”.

The Quadaphobic
Quadophobics’ biggest nightmare is having to live in the quad. Since the beginning of the year, they have tried to convince multiple specialists that Harvard made them suffer from can’t eat–can’t sleep–can’t work–can’t socialize disorder. Whether or not such issues are true, getting accommodations from the AEO is less likely than the PC going coed. The typical Quadophobic has even considered transferring to Yale if things go astray.

The Blocking Fortune Teller
This person tends to hangout around Lamont Café, pretending to be doing a pset. When a scared, innocent freshman passes by they seize the opportunity to analyze and to shower them with blocking myths. The biggest insult you can receive from the classic blocking fortunetellers is “wow, you are so Pfoho” or “ I feel like you are more of a Cabot type”.