Overheard at the New Capital One Peet’s in Harvard Square 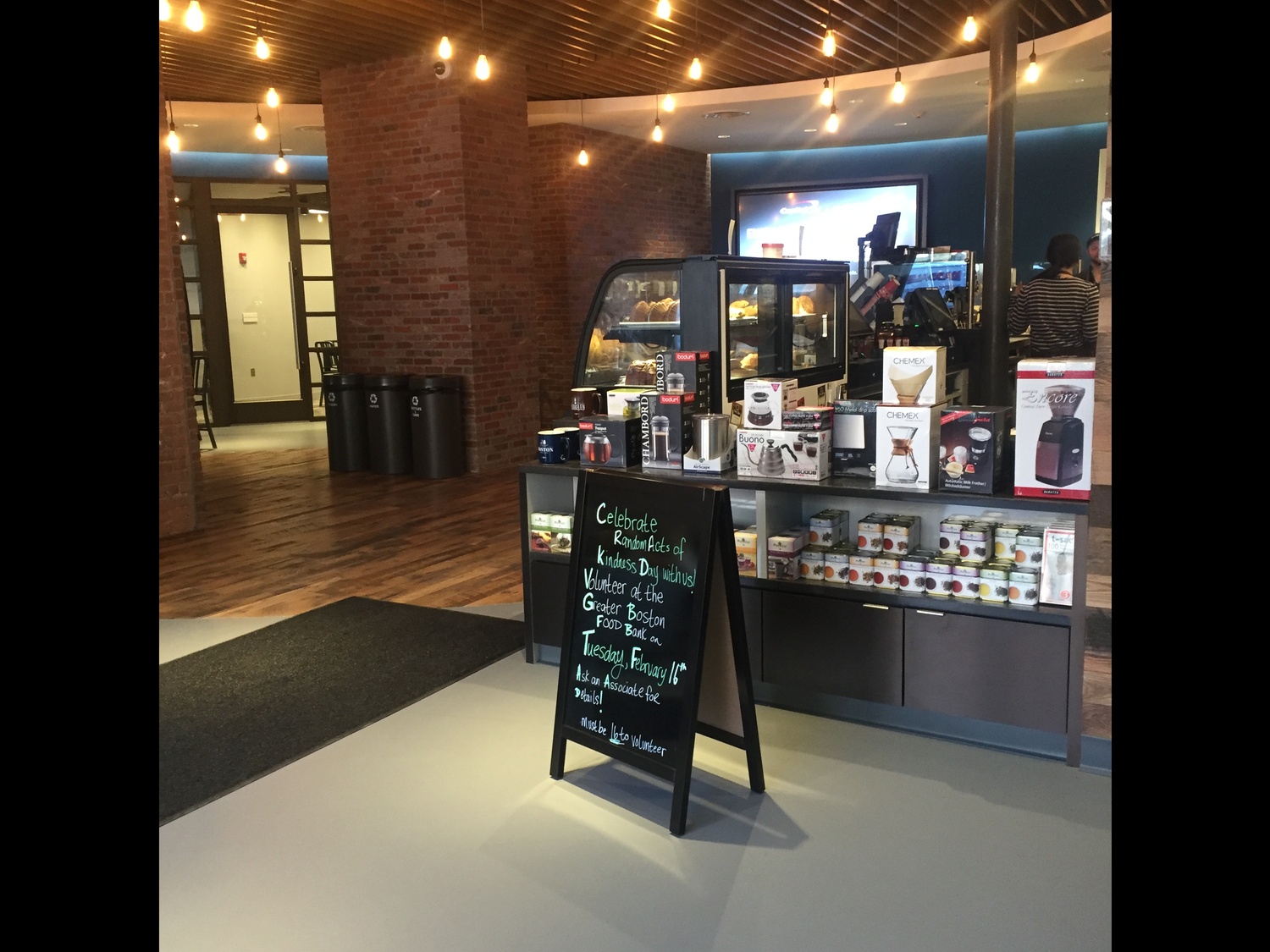 We're really digging the "warm and cozy independent coffee house" aesthetic—it almost made us forget we were in a corporate bank. Almost. By Caie C. Kelley

“We believe banking should fit your everyday life—not the other way around.” So reads the welcoming lines of the new Peet’s Cafe in Harvard Square. For those wondering, this Peet’s, which doubles as the front counter of a Capital One bank, now sits in the same block as the two Starbucks and two CVS’s in the area, and is within sight of the original Peet’s that sits on the opposite corner. Don’t get us wrong, though—Flyby loves redundancies, and this new development features unreal study rooms, significantly more tables than the overcrowded Crema or T Starbucks, and the promise of 50% off with a Capital One card (no, this post isn’t sponsored).

Armed with a basic chai latte and a special treat of the day, an apple strudel that reminds me of the times that once were (aka, before the dining hall changed its apple crisp recipe to something that consistently contains less crisp), I sat down to record Flyby’s latest edition of Overheard:

“I think my greatest strength is probably my ability to follow through on multi-step projects. I’ve displayed this in many different settings, but I think the best example of this would be my work in the Harvard College Consulting Group . . .” Ah, beloved internship season, and the even more beloved “my greatest weakness is actually my greatest strength” question, delivered during what seems to be a first-round phone interview. It’s bold to conduct these in a coffee shop, but we wish the best to you, dear survivor of the on-campus recruiting program.

“The top five consulting firms have a very strict recruiting process. I’m not on target to be a competitive applicant, and so I’m going to need to go for the smaller ones.” This is stressful. Why do we need jobs? Why aren’t you on target? Why did we work so hard in high school to deal with this now?!

“This is like, regular Peet’s coffee.” Honestly, I was worried about this too. Was Peet’s within a bank going to be like Starbucks within Greenhouse? Both of our fears were alleviated, though, this appears to be a fully functioning cafe with real coffee.

“I just think there isn’t enough fertile ground for this project, I’d just like the grass to be more moist before we pitch this kind of idea to the group.” Sweet wording.

“I think if you have a bad taste in your mouth when you talk to him, it’s not the right partnership for you.” Before I even have the chance to scooch my square closer to their location to hear more about this juicy gossip, the pair, two twenty-something women, likely graduate students, walk away. Sigh.

Mostly what I learn from this experience is that the baristas at the new Peet’s make beautiful leaf decorations on my coffee and thus enhance the Instagram potential of the entire experience, that I still do not and likely will not have a job, and that this business model seems to be working—in the forty-five minutes I was there, the manager seemed to be quite effectively roping people into signing up for Capital One credit cards. Until next time, Flyby readers.