Dean Khurana Has a Vespa 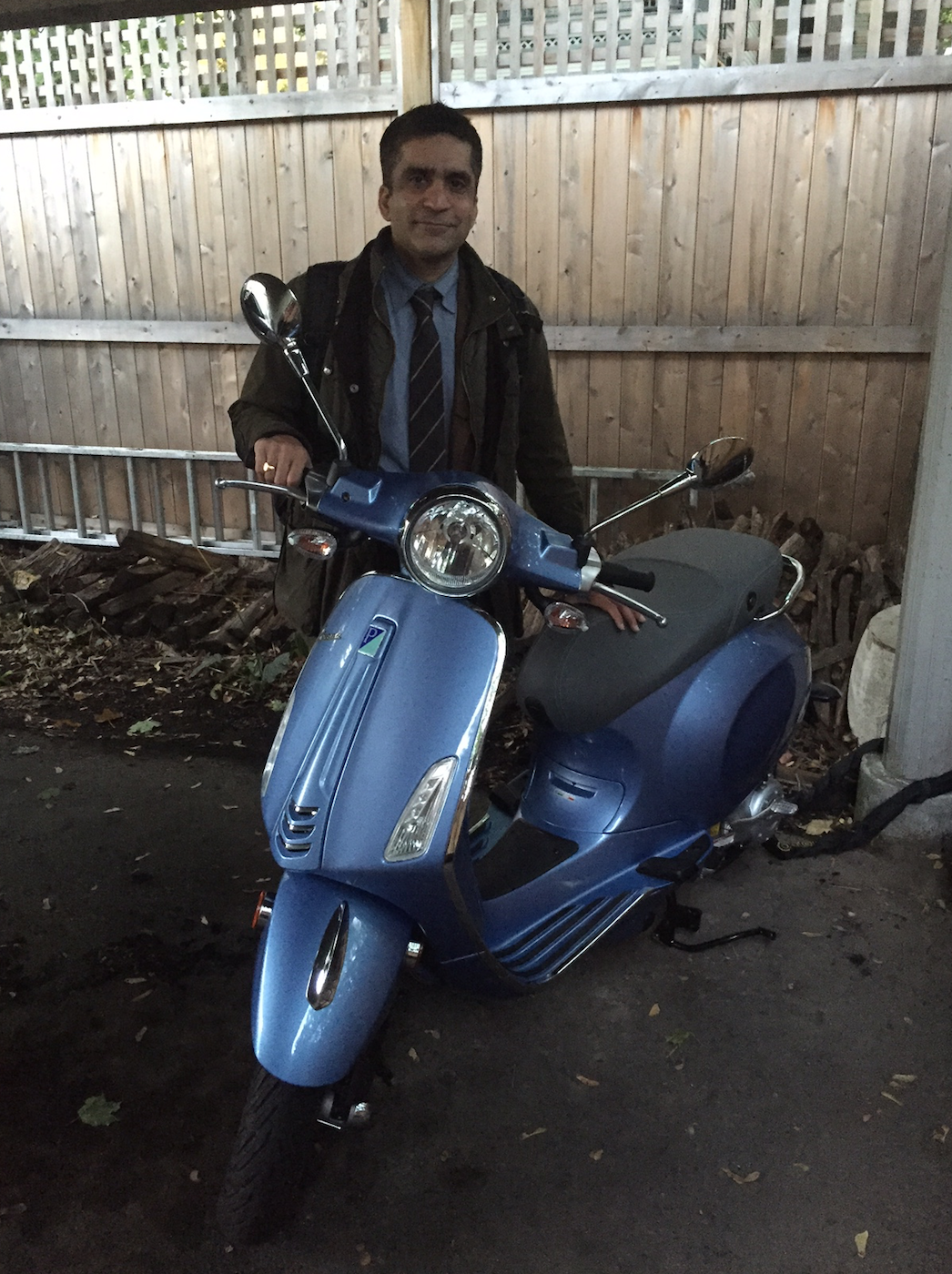 Sophomores struggling through their proverbial slump can take solace in the fact they’re not alone; Dean of the College Rakesh Khurana is also dealing with a taxing second year. But while sophomores will have to console themselves with infrequent study breaks, Khurana is shaking things up the way Harvard Business School taught him—by acquiring a sweet new ride.

However, the wheels attached to Khurana’s mid-life crisis number two instead of four. That’s right, the dean has a Vespa!

In an exclusive email exchange with Flyby, Khurana said his love of scooters goes all the way back to his childhood, and that he “thought it would be a fun way to get around the Harvard neighborhood.” After test-driving the Vespa of another Cabot community member, he said his family could tell how happy he was and supported his desire to get one. And, “it was also way cheaper than a number of other ways a person can go through a mid-life crisis.”

Every quadling knows the dangers of speeding on a bike down a rain-slickened Garden street, half awake peddling perilously close to the shuttle, and Khurana as house master of Cabot is no different. He said his wife and children were concerned for his safety. The deal they made? Rakesh was allowed a Vespa if he promised to “ride it very carefully and always wear a helmet.” Seems like a fair bargain to us at Flyby.

So what does this mean for you College students?

1) It already seems like Dean Khurana is at every meeting but now, with the time traveling capabilities of a Vespa, he will actually be at every town hall and extracurricular group meeting

2) Everyone Quadded on Housing Day gets a Vespa

4) Looking to win favor with the Dean? Rumor has it he still needs special Vespa gloves, and they’re only sold in Portland. It’s just a quick flight away and you’ll be allowed to host an inclusive Vespa-themed party in Cabot’s “Aquarium” as payment. Faux-leather jackets optional