Harvard Potheads: Then and Now 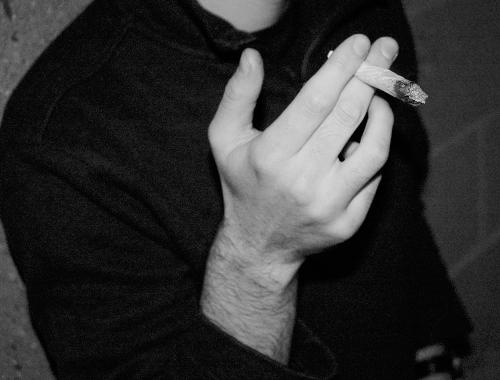 The field guide to marijuana culture at Harvard.

Even Harvard’s ivory towers couldn’t keep out the 1960s. In the wake of the late lecturer Timothy Leary’s classroom experiments with LSD, the brave Crimson writer John Rupert wrote the article, “Marijuana In The Square: It Is Important to a Few.”

While marijuana was not overwhelmingly popular by any means, “still, a few local residents would agree with the young man who declared passionately, ‘I love pot.’” Apparently back in the day, marijuana was easy to come by, and “virtually anyone [could] easily pick up a nickel ($5) bag, which contains less than an ounce of marijuana.” All you need to do is “know someone who knows someone.”

Rupert writes that “the idea that smoking is an escape makes...sense. When a person is ‘high,’ good things may seem better, problems may seem less pressing, and he may derive pleasure and amusement from unexpected sources. One man said, ‘I'd like to stay high twenty-four hours a day, but I guess if I did, I'd never get anything done.’” Yeah, maybe.

Other students smoked to find more than just happiness: “Such people might find what they consider valuable experience in hitch-hiking to Peru, working on a garbage scow or sleeping with a Hottentot. Marijuana provides just one more piece of bric-a-brac for their emotional trophy case.”

Still, not everyone was smoking, as Rupert observed that “those who use marijuana include artists and writers, pseudo-artists and pseudo-writers, and frankly non-creative people. Both students and non-students belong. Outsiders can safely place many of these people in the romantic, if nebulous, image of "the Cambridge Underground." Some things never change.

While there are no statistics about marijuana use from earlier periods in Harvard’s history, Rupert’s article states the drug was used only by a “small but dedicated” part of the community. The times have changed. Now, more incoming freshmen have tried cannabis than tobacco.

According to the recent Crimson freshman survey, 24.8% of freshmen have tried marijuana. That is a notable increase from the previous year, in which 21.8% of incoming freshman came into college having experimented with the drug.

While marijuana use may be on the rise, many more incoming freshmen, 64.6%, have tried alcohol. Tim Leary would be disappointed to know only 0.9% of the class of 2018 reports trying LSD.

The Policies and State Laws

Marijuana is banned at Harvard. As The Crimson has previously reported, however, Harvard’s policy on responding to smoking, particularly first time offenses, is vague. The policy states: “When cases involving drugs and alcohol come to the attention of the College, the College may take disciplinary action against a student, including requirement to withdraw.”

Marijuana is decriminalized in Massachusetts, meaning possession of one ounce of less is considered a civil offense. If you are caught with less than an ounce of marijuana, you are subject to a $100 fine and you get your weed taken away.

Massachusetts also allows for medicinal use of cannabis. Harvard, however, does not make an exception to its rules to accommodate medicinal marijuana use—don’t get any ideas.