Shonda and Oprah Both Speak at Du Bois Medal Ceremony, But Who Is More Adored? 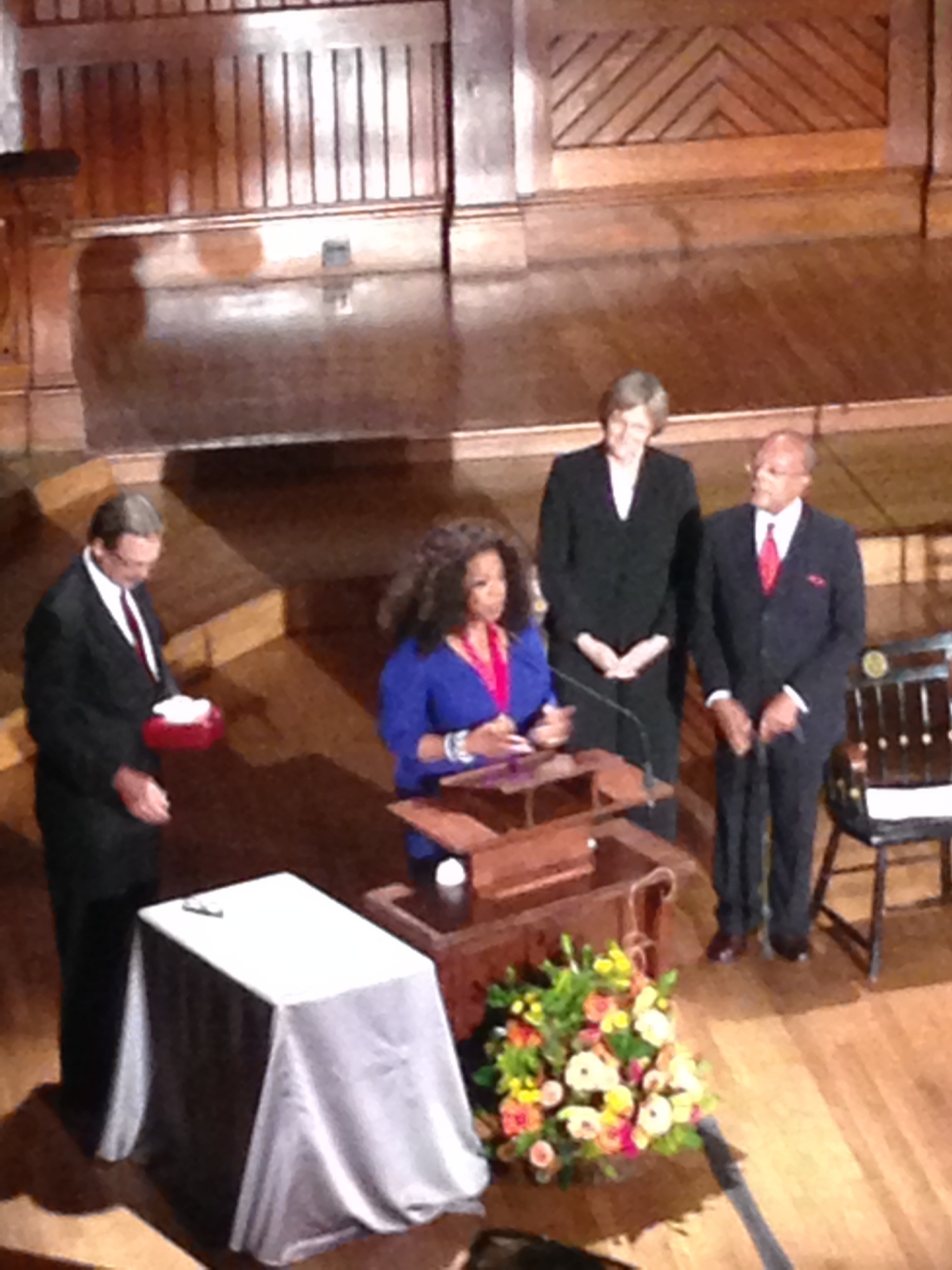 It's blurry because we were far.

Professor Henry Louis "Skip" Gates, Jr. is the best-connected man we've ever met. We know because we went to the 2014 W.E.B. Du Bois Medal Ceremony, which also functioned as a get together for Skip and Friends and his soon-to-be friends.

Mankiw has nothing on him.

We waited in the cold drizzle for twenty minutes for tickets, but on the plus side, Queen Oprah Winfrey stepped out of her black Cadillac Escalade and said "hey" to us, so we were pretty OK with it. For those of you who missed out on that opportunity, we've recapped the experience in 140 character soundbites for the modern attention span. It'll be like you were there: 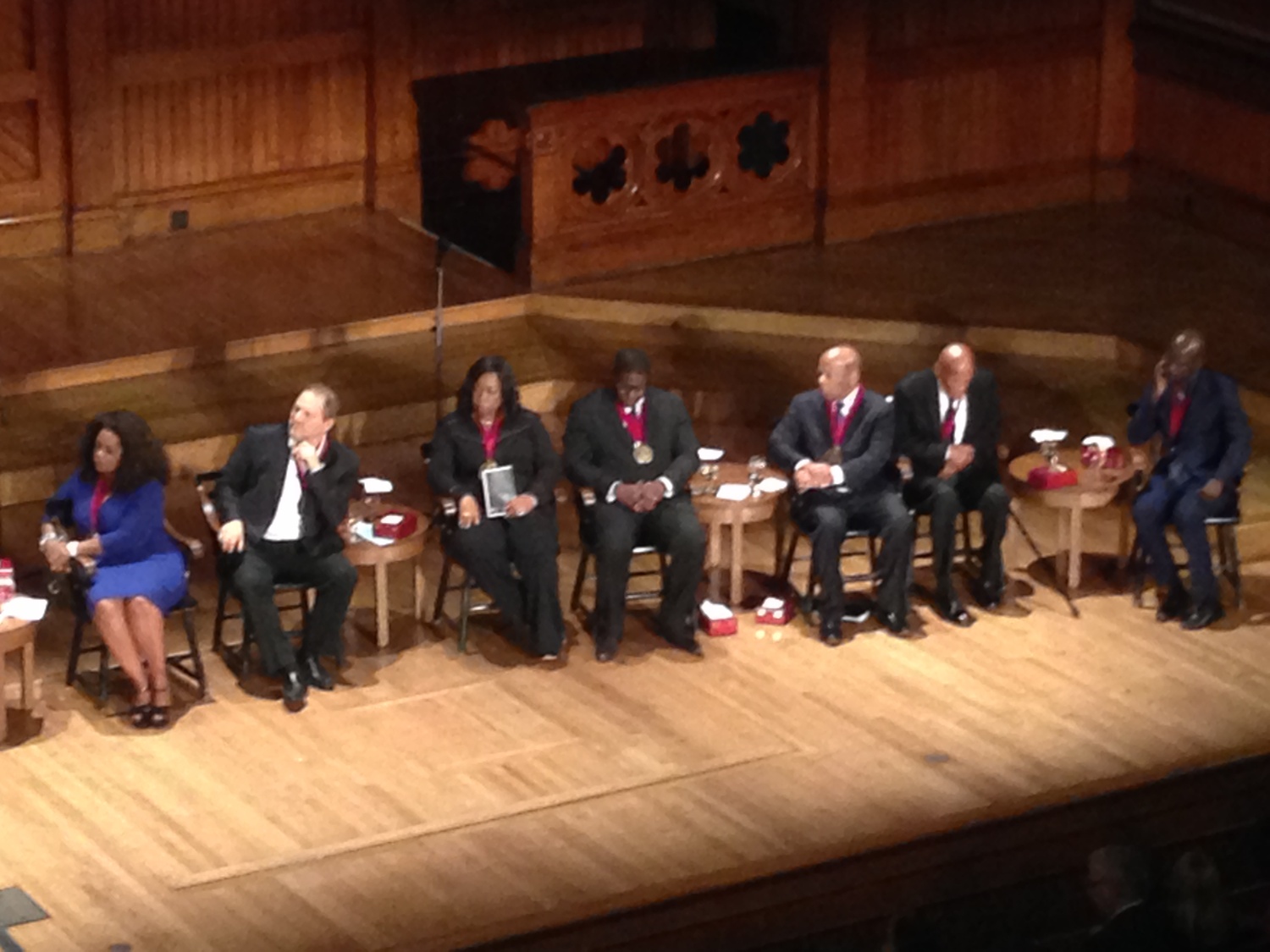 So much power on one stage. By Abigail K. Fiedler