Yes, Those 'Memes' You Keep Hearing About Are Art 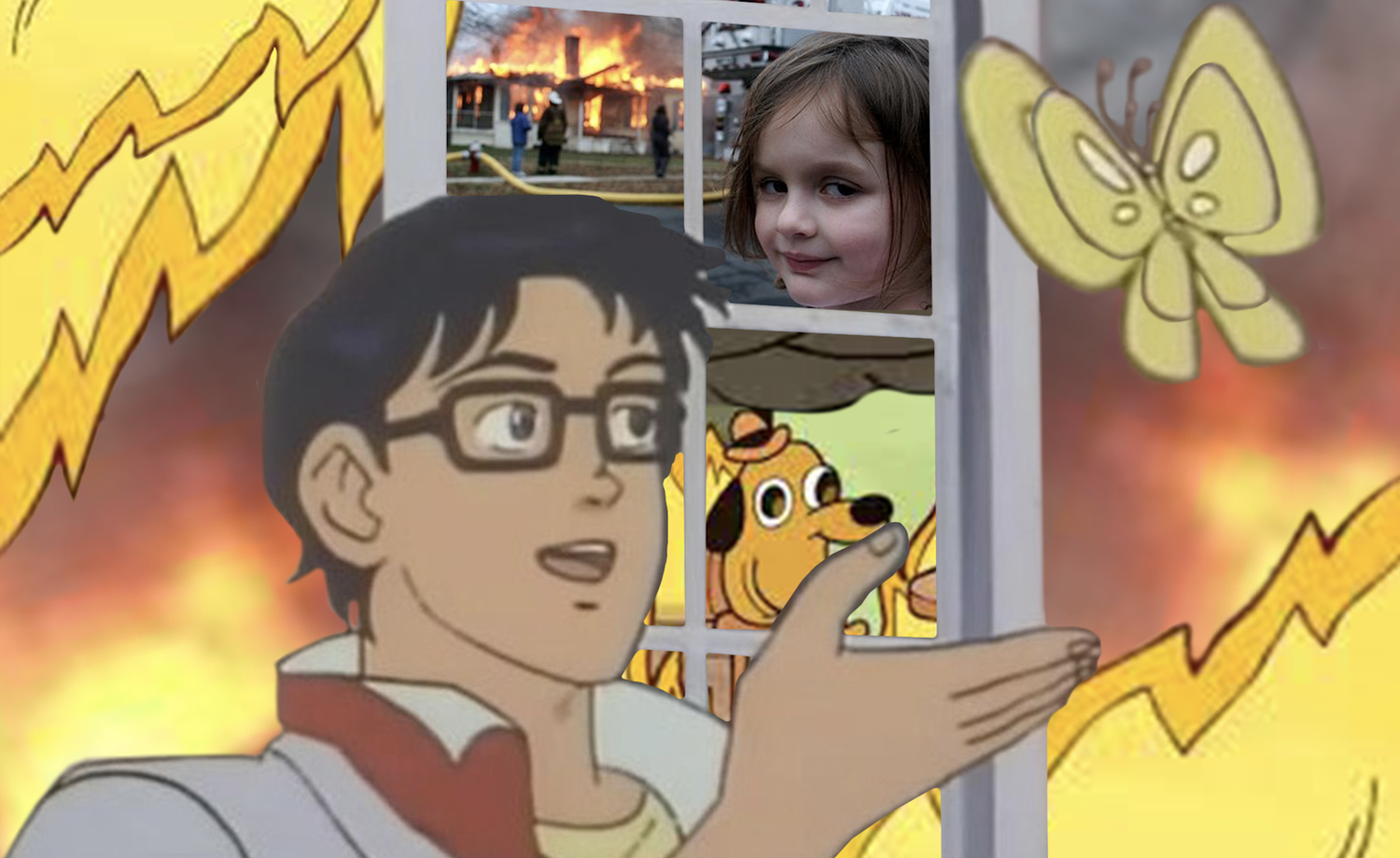 Wikipedia will tell you that a meme is “an idea, behavior, or style that becomes a fad and spreads by means of imitation” that “often carries a symbolic meaning.” This definition, while not wrong, is woefully incomplete. I’m starting this column with a discussion of what memes encapsulate, and why a large umbrella definition is necessary: Doing so allows us to think broadly about how they start, why they catch fire, and why they burn down to ashes almost as quickly — only to be resurrected, phoenix-like, by people on the Internet thinking fondly back to their favorite formats.

But wait: “Formats?” “Theme?” What’s a meme format? To answer that question, we need to start with what memes look like or what they manifest as. Primarily images, memes also once were videos for those who remember Nyan Cat, The Duck Song, or Charlie the Unicorn. But of course, as technology has progressed, they morphed from images — ranging from photographs, cartoons, or anime stills — to text-based tweets, Tumblr screenshots, Tiktoks, Instagram reels, or any other medium that could be widely distributed or copied for one’s specific needs and goals.

If we think about just image formats for a moment, we can then extrapolate the concept across mediums to think about the “symbolic meaning” that Wikipedia talks about. The image itself is merely a vehicle: They’re linked, of course, but the image is secondary to the readily-understandable idea that, crucially, is implicit. Refinery29 dug into the “Disaster Girl” meme, in which a young girl looks back at the camera with a look of apparent schadenfreude at the burning building behind her. The idea is that she’s deriving some glee from having (maybe?) burned it down. When you look at it, you understand the feeling exactly. So when someone superimposed “there was a spider, it’s gone now” on top of the photo, the implicit idea is that feeling of satisfied glee that most of us have experienced from killing a spider and not having to worry about it anymore.

Of course, the meme doesn’t say any of that — which is what makes it so brilliant. Neither the text nor the graphic behind it individually conveys the message, but their unity lets the viewer understand the situation perfectly. The most important part of this phenomenon is that in the act of making the (often funny) point, very little, if anything, is actually explicitly said. The text and graphic need each other, bridging the gap between our very human gravitation toward language and our love for anything else that we perceive as visual.

Though the dissemination of memes often occurs across rough generational lines — Millennials and Gen Z being far better versed in recognizing, sharing, and being amused by them — once someone understands (often with a boost) that an image is a meme, the joke becomes recognizable. (The humor also seems to be generational, but the great thing about memes is that they're inclusive. If you want to understand them, you can learn.)

I mostly focused on images for the purposes of this discussion, but the idea still stands for tweets or even videos. A format is set, and people fill in the blanks according to what they want to say — again, without saying it. “‘look at the moon’ gf ‘where’ bf” for example, belongs to the format of “___ gf ____ bf,” in which people parody some relationship dynamics that are common enough to be amusing and instantly recognizable.

This last point is the other key to memes: their recognizability. If you know a format, successive iterations of it become obvious and understandable, as they follow the same recursive pattern, with the same undertones applied to different situations.

Which is why, I would postulate, they’re art. It’s still difficult for many to think of such Internet-based phenomena as “art,” but, I ask — why not? They require quick thinking, wit, and creativity. They capture our anxieties, desires, sense of humor, and cultural moment.

And, of course, just as not all art speaks to everyone, memes are much the same. Two summers ago, I didn’t go on Twitter for three days, only to witness the tail end of the viral “feral hogs” meme. I still don’t know what it referred to or why it was funny — only that it wasn’t my favorite format. Certain memes are for certain tastes: I’m partial to Bernie, for example. Just like conventionally understood forms of art, nevertheless, meme creation necessitates out-of-the-box thinking and the ability to capture and project an idea outwards. It’s time to reevaluate the artistic thinking, definitions, and limitations around internet culture: Memes are art, and they’re here to stay.

— Staff writer Cassandra Luca can be reached at cassandra.luca@thecrimson.com, or on Twitter @cassandraluca_