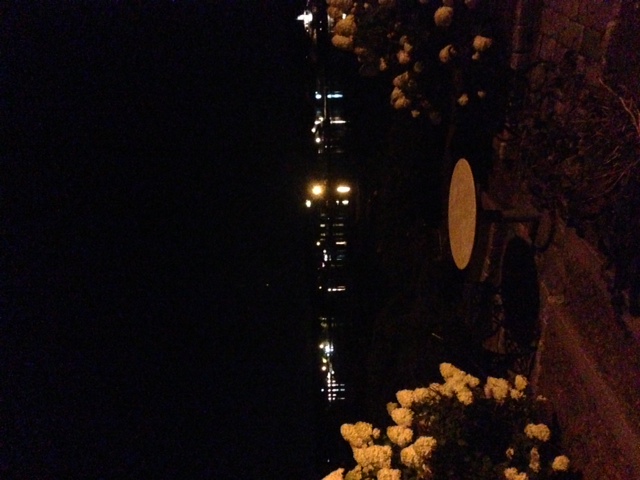 MYSTIC, Connecticut—The lights on the Charles W. Morgan glitter softly from across the Mystic River as the hulking black ship rocks in the evening light. In the distance a whistle blows, signaling that it’s time for the drawbridge to go up, and for a cluster of white sailboats to cut across into the deep blue Atlantic.

Standing on the edge of the river, I breathe in the smell of salt and sea, and think about how, for me at least, Mystic has always been a place that exists outside of reality. It feels like adventure time again. Here, time seems to slow to a stop, and everything is like it was the first summer we spent up here, just after I’d finished first grade, when things seemed a whole lot simpler. Back then I towered over my brothers instead of the other way around, an afternoon with friends meant playing with dolls in the yard, and college was nothing more than somewhere the characters disappeared to in TV shows and movies. But then, of course, as soon as I really start to look there are a bunch of tiny details that prove time does keep moving after all.

The next morning as we make our way down the familiar stone path to the beach, we notice the redone dock with its fresh plastic planks reaching out into the sea a few months after hurricane Sandy ripped the old one away. There is a tiny bit of nostalgia as we remember slipping and sliding off the same slightly green, moldy wooden boards for the past however many summers. But after a few seconds, it’s not the dock that’s important anymore. It’s the laughter, the sound of splashing, diving, and the breathless, suspended moment before you hit the surface and submerge into the cool blue water.

And as we wander back to the beach, wrapped in towels with chattering teeth, it doesn’t matter that we’ve done the same thing hundreds of times, that we’ve spent countless afternoons climbing up a wooden ladder only to jump right off again. Because no matter what else happens, no matter what else changes, there is always this tiny, unchanging, perfect piece of summer.