To 'Fleabag,' With Grief 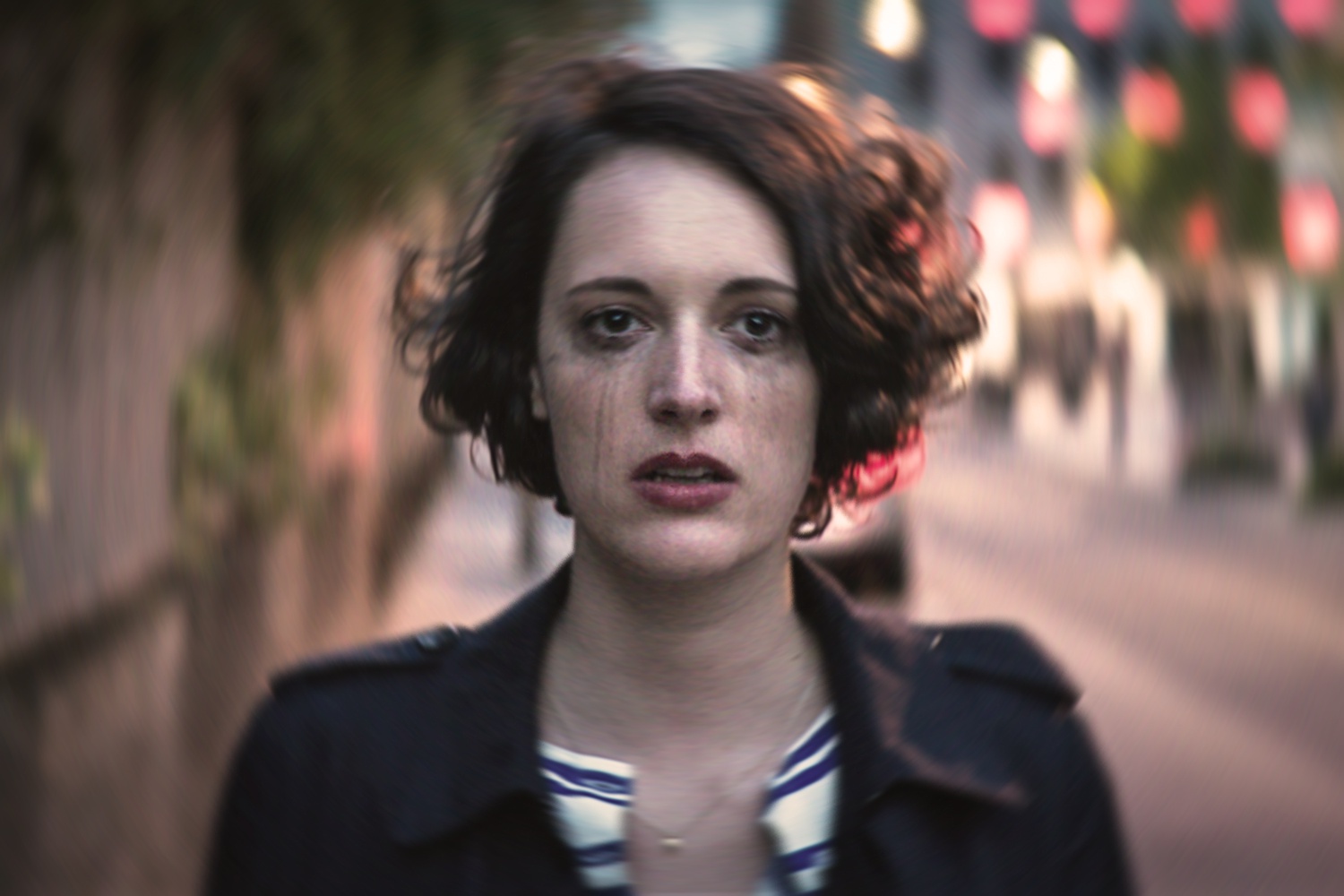 I started “Fleabag” at the beginning of quarantine last March, and, suddenly faced with very little to do, I binged it with a fervor. I laughed, smiled, and gasped my way through two seasons of Phoebe Waller-Bridge’s brilliant portrayal of the show’s eponymous protagonist, a slightly unhinged, daringly witty, sometimes-narcissist. When I got to the end of the 12th and final episode of the show and Fleabag looked meaningfully into the camera one last time, I shut my laptop and burst into tears.

I want to talk about two stories of death.

The first one is fictional. It is the death of Fleabag’s best friend Boo (Jenny Rainsford), who dies in a car accident (of sorts) before the events of the first episode. The death is accidental: Boo means to step in front of a bicycle and just break a bone in order to get the attention of her cheating boyfriend. Fleabag is there when Boo is fatally hit, and she is left with no one but her sister, a guinea pig, and the café that the two women started together, which she must now run by herself.

The second story is very real. It is the death of my friend whose passing I witnessed, in November 2019 while we were abroad together during our gap years, after he was struck by a car.

After my friend died, my entire world turned upside down. My sense of security, my sense of youth, of what was important — it all completely shifted. Even my brain didn’t work the same way. I was still the same person, but I acted differently. I was more sensitive, and meaner, and more empathetic, and sadder. Without much else to go on, I did what I have always done when need help processing an emotion or a situation: I turned to art.

Part of what makes resonant media about grief so important is that talking about death (especially a traumatic death like the one I witnessed) with someone who has not experienced a similar loss is incredibly awkward. In our culture, mentioning death is like saying Voldemort’s name: unspeakable for fear it might be summoned. Grief is also just hard to understand outside of itself. It is so absolute in its pain, so incredibly focused on an individual and one’s relationship to them, that relating to grief without having experienced this relationship is almost impossible. Most people whom I opened up to were incredibly supportive, but it was simply hard for them to know how to respond. What this means practically, at least in my experience, is that once the initial shock of the death has passed, and condolences have all been shared, people who are grieving are left with very few outlets to talk about their loss.

For me, this has been one of the most difficult parts of my extended grieving process. I encountered death in a close-up way at a young age. This experience is not unique to me, but it has been incredibly influential in how I see the world and interact with it. I want to be able to talk about my loss, but don’t always know how to, or even if doing so would be helpful to me. Moreover, I want to tell people about my friend, about his life, and how great he was — how they’ll never know how unlucky they are not to have met him. But it can feel awkward to bring up stories about him casually without feeling like I’ve invited the specter of death into a room. Art that speaks accurately to the feeling of grief can fill that hole, helping to parse through the torrent of emotions that come after a loss.

Unfortunately, and surprisingly for how universal the experience of grief is, most media about loss is not very good. In many of the movies, TV shows, and books I consumed that dealt with death, grief was framed as not much more than a dramatic plot point. Someone would die and the other characters would be sad for a while, until suddenly, magically, they weren’t anymore. They had traversed the five stages of grief and arrived at the promised land of acceptance, where everything was fine again. I felt awful after the accident, but the idea of “healing” felt horrible too. My friend was no longer alive, and one of the only things that I had to still connect us was my grief and the pain I felt at his loss.

Out of the works that managed to avoid this failure, many only dealt with the immediate aftermath of a loss (the disbelief, the funeral planning, etc). I certainly appreciated these depictions, but they weren’t exactly what I was looking for. What I was hoping to find as I picked up book after book, or scrolled through my Netflix queue, was some depiction of how I could move forward — not just immediately, but with my whole life. I wanted to know what I was supposed to do now that someone I loved was gone, now that I suddenly understood how easily anyone I loved could slip away in an instant. What do you do with that knowledge once you have it? How does it change you?

“Fleabag” is a depiction of a character whose every choice is grounded in the reality of life's limitless possibility for loss. During the first season of “Fleabag,” it isn’t clear how long ago Boo died. The accident was a short enough time ago that it’s still on everyone’s mind, but a long enough time has passed that people aren’t really talking about her. The dust has mostly settled, but it's clear the aftershocks of Boo’s death are everywhere. In that first season, Fleabag pushes people who love her away and brings people who can't love her close. It's the way someone acts who is scared to lose again, bracing herself for the impact.

I love the first season of “Fleabag.” There are so many scenes that remind me of my own grieving process — the awkwardness of other people bringing it up, the lashing out, the time spent disconnected from the immediate world, as is depicted so brilliantly in the show through the main character’s tendency of addressing the audience directly, literally breaking off from reality and entering her own mind.

It’s the second season, however, that really impacted me. Season Two takes place almost a year after the first. While Boo’s death is the driver of the plot in Season One, the second season is much more focused on a romance between Fleabag and a Catholic priest. However, it’s still a story about grief, just further down the line. Fleabag’s grief is no longer pulling her out of her normal life; it has seeped into it, informing how she lives.

There are lots of flashbacks in Season Two to Boo and her death, but also to the funeral of Fleabag’s mother, who died many years prior to the show from cancer. In one of those flashbacks, Fleabag is seen talking to Boo about her mother: “I don’t know what to do with it” she says. “With all the love I have for her. I don’t know where to put it now.”

The primary concern of Season Two is exactly that. Love, as espoused by the characters of the show, is a concrete thing that almost exists outside of two people, and can last after someone has gone. Fleabag’s main anxiety (and, quite frankly, mine) is this question: When you’ve lost someone, or if you know you are going to lose someone — as is the case in Fleabag and the priest’s doomed relationship — what do you do with all the feelings you have for them? Is love worth it if it is inseparable from grief? Yes, “Fleabag” responds, yes again and again.

“Love is awful,” the priest says at a wedding in the last episode of “Fleabag. “Love,” he continues, “isn't something weak people do.” The important thing, the show tells us, is to love, and to keep loving, no matter what. That’s how you hold onto someone after they’ve gone. “Fleabag” delivers this message in a way that doesn’t feel preachy or like it’s reading from a book of “best quotes about loss.” It just shows a story about love that keeps mattering after the person is gone. I can’t overstate how much seeing that for the first time on screen, almost six months after my friend had died, meant to me.

One of the most impactful scenes in “Fleabag” comes at the end of Season One when, desperate and crying in her café, Fleabag says to a man who is almost a stranger, “Either everyone feels like this a little bit, or they're just not talking about it, or I am completely fucking alone.” Loss is so much harder when you don’t talk about it. It is so much harder to go through alone. So to “Fleabag,” thank you. Thank you for talking about it, and for making me feel less alone.

—Staff writer Mira S. Alpers can be reached at mira.alpers@thecrimson.com