From Harvard to Homer: Lessons Learned from Eight Months in Rural Alaska 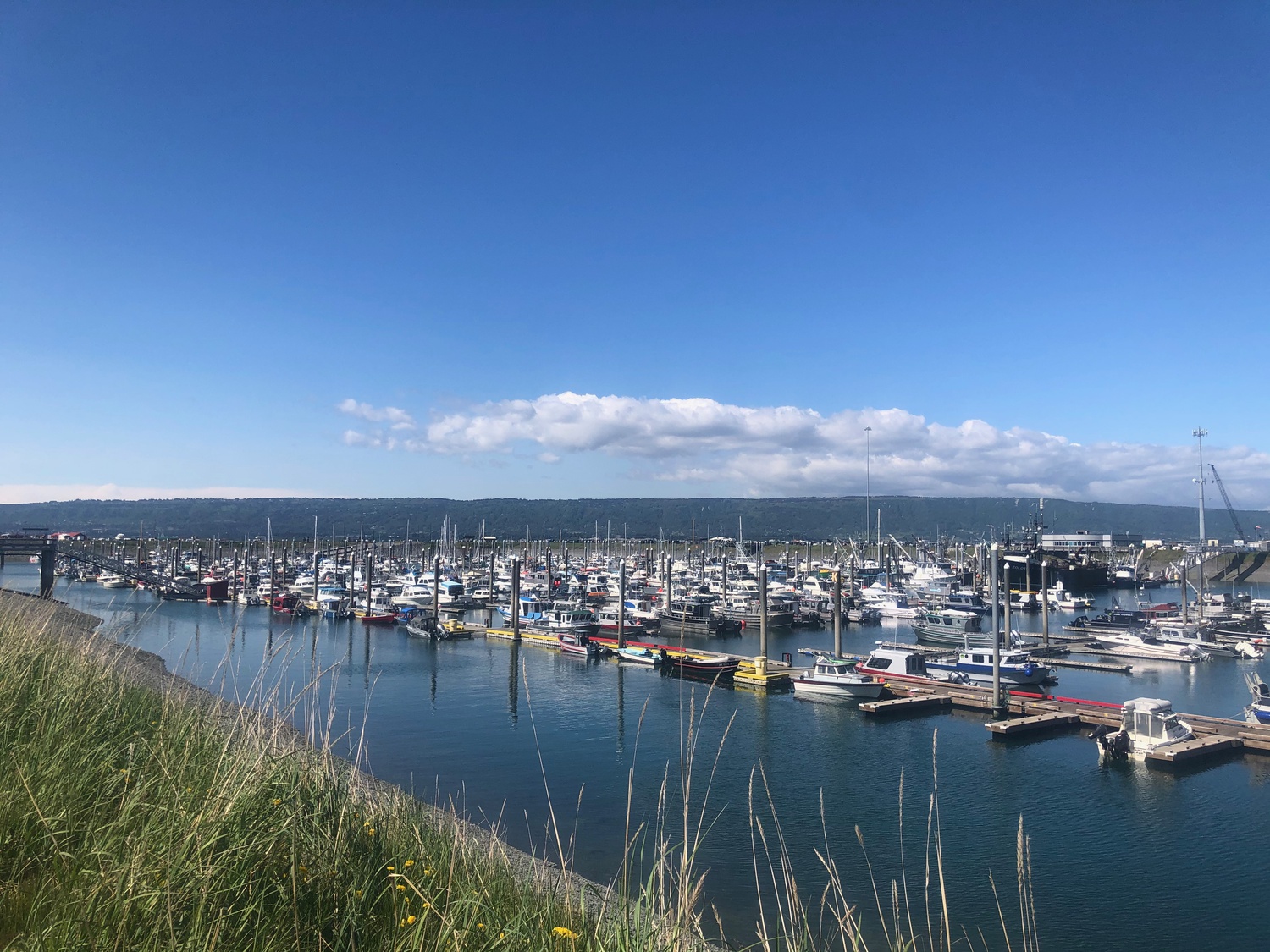 Oftentimes when Harvard students take a leave of absence or a summer job, the places they end up working are distinctly similar to Harvard: elitist institutions with fancy names in big cities.

In a departure from this common norm, I took an environmental advocacy job at Cook Inletkeeper, based in rural Homer, Alaska. CIK is a community-based nonprofit dedicated to protecting Alaska’s Cook Inlet watershed and the life it sustains. Returning eight months later, I brought back to Boston a new appreciation for the value of embracing “un-Harvard-like” experiences in teaching different perspectives on the issues we care about.

Apart from sharing bitterly cold winters, Homer could not be more different from Cambridge. If you drive south of Anchorage for four hours, until you cannot drive any further, you will reach the “Halibut Capital of the World,” a 6,150 person-strong coastal fishing town comprised of fishermen, environmental researchers and advocates, Russian Orthodox communities, Alaskan Native communities, and the seasonal crowd of tourists and summer staff.

While working and living in Homer, I learned about the state’s climate crisis by creating a report describing the costs of climate change on Alaska’s mining industry. Alaska is ground zero for the climate crisis. Its average temperature has risen by about 3 degrees Fahrenheit, more than twice the rate of warming throughout the rest of the U.S., increasing instances of drought and wildfires.

Alaska’s abundant salmon runs, and the people and ecosystems that rely on them, are also at risk because of climate change. The rising temperatures of freshwater streams, alongside ocean acidification, is making salmon more susceptible to predators, parasites, and disease. Smaller salmon runs would weaken the $5.6 billion seafood industry, reduce tourism revenue, and threaten the food supply that has made up a significant proportion of local Yup’ik Eskimo, Alutiiq, and Athabaskan diets for countless generations.

The perception that liberal environmentalists often have of conservatives and fossil fuel industry employees is that these individuals choose not to see the changing climate, or don’t care to understand its cause. Eight months of interacting with the Homer community challenges this assumption.

One particularly un-Harvard-like experience highlights my own lessons learned. As the volunteer coordinator for Homer’s annual electronic recycling event, I led a team of hearty volunteers in taking electronic garbage out of car trunks and loading it onto pallets and then into a truck bed to be recycled, while rain and wind left us shivering and muddy.

The diversity of community members in support of the event was remarkable. Hundreds of cars passed by our scrappy drive-through that day. We collected and sorted two dozen four-by-four pallets worth of junk, enough to fill two 12-wheeler truck beds. The people who dropped off their recyclables were not just granola advocates like myself, though there were plenty of us: There was a multitude of people with MAGA hats, big guns, and hefty pickup trucks that day doing their part to preserve Alaska’s wilderness.

Despite having a strong wildlife conservation constituency, Alaskans are also dependent on environmentally destructive but lucrative oil, gas, and mining industries. Without a broad-based income tax, oil industry taxes made up about 81 percent of the state’s total revenue before oil prices crashed in 2020, giving the industry massive political influence over state climate change policy. In this way, Alaska’s economy is simultaneously reliant on and vulnerable to climate change.

It is so easy to stereotype those you disagree with and simplify complexities while studying issues as dire as climate change from an arms-length, especially in communities as politically homogeneous as Cambridge. Such generalizations fall apart when you get to know the people whose livelihoods rely on the fossil fuel industry. Many Alaskans work for the oil and gas industry, not because they deny climate change, but because they need high-paying jobs to support their families.

To be certain, close encounters with bears may not be everyone’s ideal summer vacation. There is also much important work to be done at powerful institutions in urban areas — corporate giants must begin by rectifying their past environmental and social injustices. Further, interactions with communities that are not your own need to be done respectfully, and with tremendous care, especially during Covid-19 when social services and health care in rural communities are difficult to access. I also acknowledge my own privilege that allowed me to make a cross-continental move.

There are, however, countless other un-Harvard-like experiences to gain new perspectives from, which students can respectfully embrace. During the school year, perhaps try out a new non-quintessential Harvard club to meet people with different life experiences or develop a new interest. I hope to spend a lot more time in Harvard’s outdoor spaces, even though I will need to forgive the lack of glaciers in New England’s forests. Students can also apply to study or work in less popular travel locations during summer break or on a leave of absence.

Whether or not rural Alaska is the right fit, I hope everyone can find their Homer and bring the lessons they’ve learned back to Harvard. Imagine how much more we would all learn and grow.