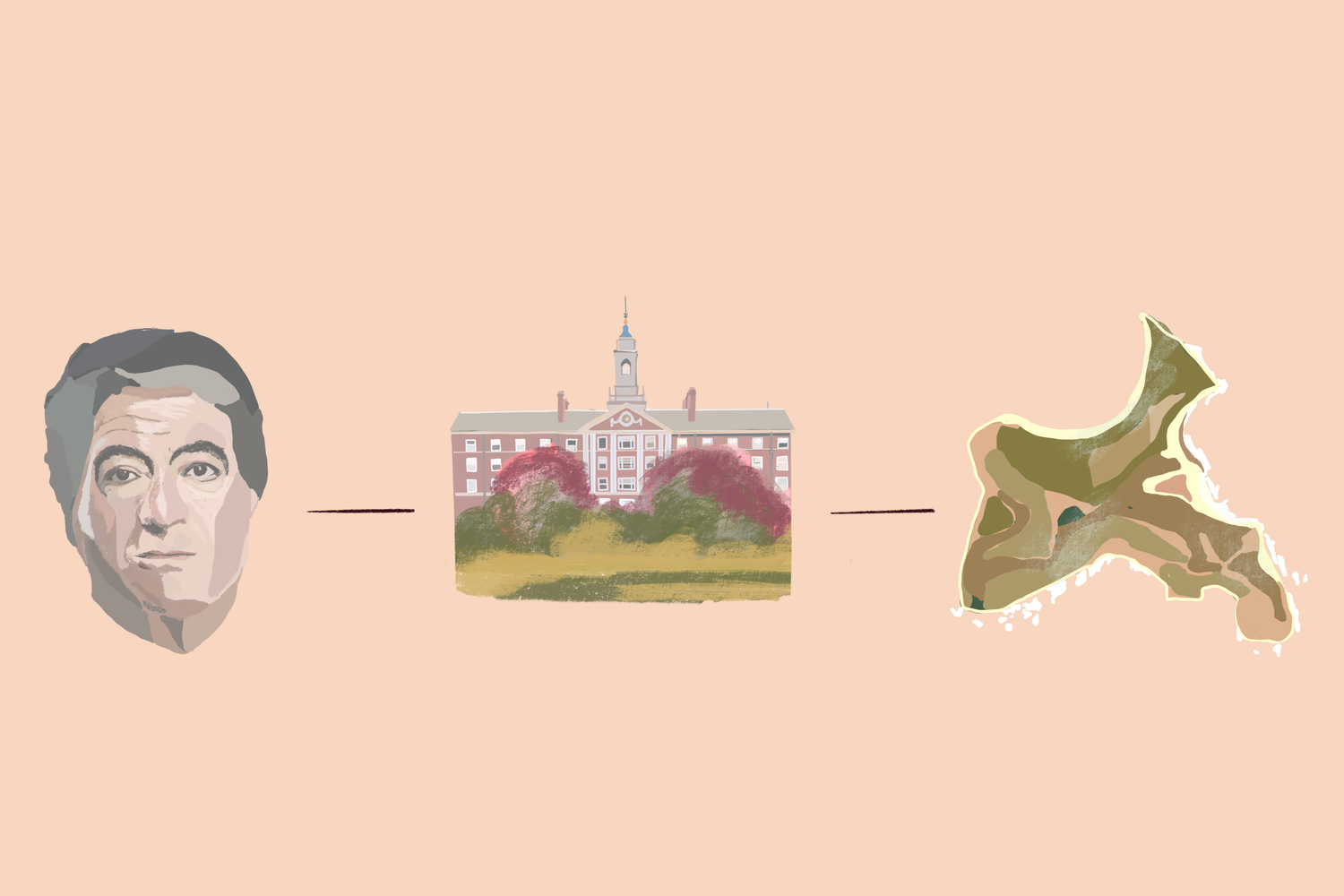 At first glance, Leon D. Black seems like the ideal university donor, a poster boy for billionaire philanthropy. In 1990, he co-founded Apollo Global Management, a now colossal private equity firm. Black’s subsequent fortune allowed him to become a productive, charitable member of elite society, a patron of the arts both as Museum of Modern Art chairman and as a private collector best known for purchasing one of the four original versions of “The Scream” for just under $120 million at a Sotheby’s auction.

A successful alumnus of the Harvard Business School, Black has also become a prominent supporter of our university and its intellectual mission. He and his family foundation have pledged almost $20 million to Harvard and its various schools, including a $7.5 million contribution to create student fellowships for U.S. military members at the Kennedy School of Government where he (coincidentally enough) also serves as a member of the Leadership Council.

Yet his Munch-buying luck has been down as of late. In October, a New York Times exposé revealed extensive ties between Black and another New York financier: convicted sex-offender Jeffrey Epstein. Back in 2019, Black had dismissed the allegations of criminal Epstein connections and the “tsunami” of coverage as “the gift that never stops giving … it’s salacious, it involves elements of politics, of me-too, of rich and powerful people.”

But the tsunami led to reckoning, as they usually do. An internal review commissioned by Apollo emphasized that there was no evidence that Black had been involved in any criminal activity, but revealed that he had paid Epstein almost $160 million over five years for advice on a variety of tax and philanthropy issues. It was damning enough to cost Black his job as Chief Executive Officer of his own firm.

Now the contents and character of the review, conducted by Wall Street law firm Dechert LLP, could fill up an entire column, if not a series. There’s, for example, the fact that the chairman of the supposedly independent committee overseeing the probe had eyebrow-raising ties to Apollo itself only five years ago; the skepticism of several industry insiders about the veracity of the report; or even Dechert’s own admission that it was aided in its probe by a former Apollo outside legal counselor, Paul Weiss, who had helped vet Epstein’s advice to Black in the past (whatever happened to conflicts of interest?). Black’s connections to Epstein, particularly as they relate to our university — where several professors enjoyed an unexpected windfall as a result of an Epstein-mediated introduction with Black — are hardly a settled matter.

But let’s, for a change, assume the best — we know at this point that that’s how our own institution is dealing with such allegations. Assume that Black really had no unseemly ties to Epstein, that their relationship was based entirely on professional convenience and financial advantage. Let’s look beyond the ties themselves and zero into their presumed origin — we might find a less salacious but more meaningful tale, a story of wealthy philanthropists and the broken tax code that makes them.

According to the Dechert report, Epstein offered his “most valuable piece of work” to Black in 2012, paving the way for the sex offender to gain substantial monetary and personal access to one of New York finance's most powerful people. The “work” itself was some financial advice related to how to best manage Black’s Grantor Retained Annuity Trust — or GRAT for short. Epstein’s advice reportedly saved Black "as much as $1 billion or more” in tax liabilities.

Black's astronomical saving — almost enough to, for example, quadruple federal funding for Historically Black colleges and universities — would account for roughly one-eighth of Black's current estimated net worth. It embodies the kind of perfectly legal, deeply impactful tax avoidance that's popular among the ultra-wealthy, including a certain former President, and that deepens economic inequality and mistrust in the fairness of our institutions.

So what are GRATs, anyway? I exchanged emails with Harvard Law Professor Robert H. Sitkoff to get a better understanding of how the technique, popularized by Harvard graduate Richard Covey ’50, actually works. Sitkoff described GRATs as "a normal and customary estate planning tool to minimize transfer taxes," and agreed that minimizing tax liabilities (namely transfer taxation) was their primary purpose.

"A GRAT is an irrevocable trust to which the donor conveys property and that provides for a term of annuity payments from the trust to the donor," Sitkoff explained.

To oversimplify a complex evasion mechanism from which few readers are likely to benefit, an individual can create a trust and receive payments from it for a given amount of time, after which the remaining contents of the trust go to the assigned beneficiary. Such gifts would usually be taxed under the aptly named gift tax, but under a GRAT the fiscal liability becomes more complicated. The gift tax is applied upon the creation of the GRAT, but is calculated under the erroneous assumption that the property within it will increase in value at the (now historically low) federally established rate — even if it turns out to do so at a substantially higher pace — and is not applied to the sum of annuity payments taken out of the trust. Combine that underestimated future value with exempt annuity payments, and you have what on paper seems like a small or inexistent gift, liable to little taxation, even as you transfer substantial wealth to a second party.

So, back to Black: A Harvard graduate pioneers a complex system to avoid millions in taxation. A New York billionaire uses that same technique on advice from Epstein, and invests a fraction of his newly engorged wealth donating to Epstein-linked professors and setting up a fellowship program named after himself. Society is cheated out of hundreds of millions in revenue — the kind of funds that could go a very long way towards setting up universal pre-school federally — and Harvard gets a permanent tie to a now-tainted mogul.

Harvard’s desire for donations is more than understandable. It is the base of our exceptional financial aid program, arguably one of the reasons why Harvard, unlike other schools, can offer need-blind admissions even to international applicants. We all love the generous fellowships and excellent infrastructure that tax-avoiding pseudo-philanthropists have provided us.

But our institution and its counterparts are trapped in a gold-plated version of the prisoner’s dilemma. Harvard — along with the MoMA and other Black-financed enterprises — could benefit from the increased levels of federal funding afforded by equitable, grift-free taxation. More crucially, they have, or perhaps should have, a duty as society-minded institutions to protect the public’s well-being against the excesses of exorbitant inequality.

Because we are all competing for the very same handful of billionaire donors, we also have an incentive to simply follow the money. To create pretentiously named “Leadership Councils” that reward financial support, and offer donation options that emphasize tax breaks and financial rewards. This twisted game theory dilemma might explain why our university’s split with Epstein was half-hearted at best, and why it doesn’t seem to be seriously re-examining its ties to Black amidst broad backlash, even after he subverted the spirit of our gift policy by facilitating funds to Epstein proteges after his conviction. A spokesperson for the Kennedy School of Government didn’t immediately reply to a request for comment for this article.

But as in the prisoner’s dilemma, the incentive to reject donations on the grounds of unmet tax responsibilities is low. If Black doesn’t donate to our school he can simply take his money elsewhere — there isn't exactly a shortage of institutions eager to accept seven-figure contributions. So we find ourselves in an ethically gray no man’s land, unable or unwilling to forcefully oppose the undermining of the social goals that we value, perpetually pursuing the ultrawealthy so they can redirect their fortune to our own community. We become the silent beneficiaries of an unfair elite before we have even groomed its next generation, and Harvard remains intimately intertwined with GRATs, grifts, and Leon Black.