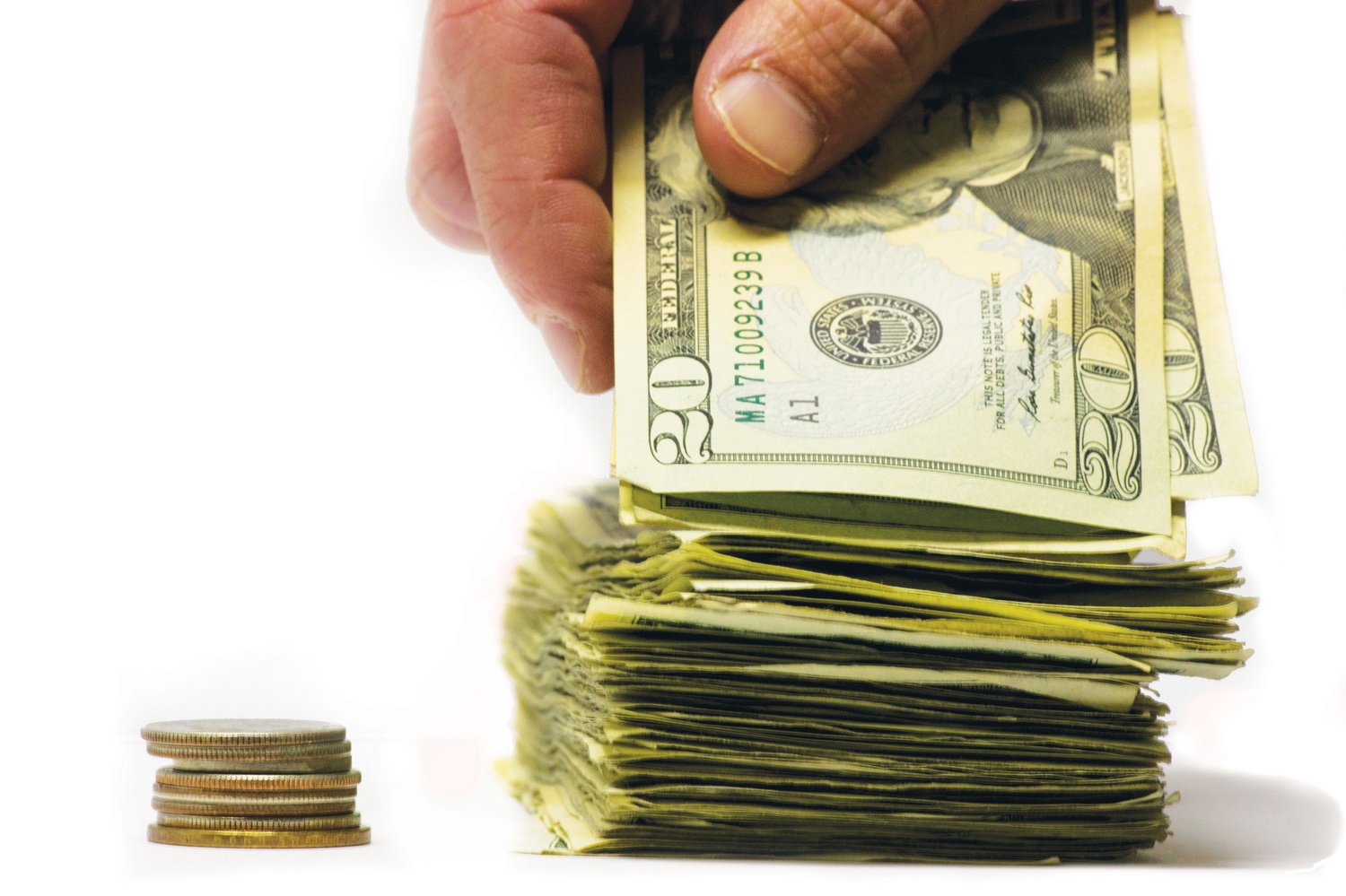 Some people are scared of snakes. Others quake when faced with heights and twenty-story buildings. But my fear falls along the socioeconomic ladder: I’m scared of rich people.

I won’t cross a the street when I see a trust fund kid. I might avoid eye contact, but I’m not classist. In fact, I quite like rich people. They’re the reason I get to go here (thank you, financial aid donors!). It’s just that the sight and aura of the monied class sets my mind into overthinking mode, self-consciousness into overdrive, and robs my tongue of the ability to communicate.

I’m not scared of being defrauded of millions of dollars in a Ponzi scheme. White-collar crime doesn’t rob me of my sleep. I just worry that rich people smell my working class roots, hear my lack of boarding school training, see my discount-store garb, and think I’m inferior.

Let’s take the first time I met my freshman year roommate. After a week of pre-orientation, piles of dirty laundry meant the only clean clothes I had were the least impressive ones, a cotton tank top and shorts. In a tender time when all we freshmen were sizing each other up, presentation mattered. Her family must have known that, because they signaled their entry into our dorm by singing “Hiiii!” in the coordinated way only years of singing lessons can provide. A socioeconomic analyst, I scanned their camping equipment, dad’s crisp button-down shirt, and mom’s pristine pearl necklace. The signs were as clear as charges pressed in a white-collar crime; they had money. And I didn’t.

You might be thinking, "So what?" Time and time again, we’re told we all belong at Harvard. It doesn’t matter where you came from, you’re here now! We all have access to the same resources and opportunities. College is supposed to be the great equalizer, and a Harvard education should be the ultimate social mobility catapult for low-income students.

But empty rhetoric doesn’t change that we live in a world of haves and have-nots. We might take the same classes and sweat in the same un-air conditioned rooms, but elite educational institutions amplify rather than alleviate the advantages of an upper class upbringing. Our culture privileges the speech, know-how, and life experiences of higher income students since Ivy League institutions were built for them. Currently, our university lacks the structural supports to counteract our class differentials. Skipper’s boarding school doesn’t go away when he’s shooting the breeze with some powerful old Ivy League alums and I don’t understand what a Nantucket is or the other half of what they’re talking about. When the rich kids around you have cultural capital and knowledge that brings friendship, extracurricular and academic opportunities, and even just an ease of existing in a place like Harvard, it’s hard not to feel like money’s the only thing you’re lacking.

Talking about money is shameful, and not having money is even more shameful. Within other social categories, like race and gender, we take pride and build identities around categorizations that structurally disadvantage us. We can join groups that champion womanhood; we can walk around with afros on our heads and black pride in our hearts. But you won’t see us in t-shirts proclaiming “The future is financially unstable” or with raised fists cheering “Poor and Proud.” Class is an identity to be shed or forgotten as one’s material conditions change and one achieves success. We find that there’s beauty in the struggle of learning to embrace being black, a woman, and a host of other identities. But being poor is only empowering once we’ve made it to the other side of the income bracket.

Experience tells me that growing up without money builds character. Some might say being poor isn’t so bad. Of course, there’s the whole wondering how bills will get paid and whether the lights will get turned off and maybe even thoughts of where the next meal might come from (the effects of which can create lifelong effects on one’s mental and physical wellbeing.) But that’s a point for another column.

I’m not ashamed of where I come from. I’m grateful for every aspect of growing up how I did, for I wouldn’t be who I am today without those experiences. Receiving scholarships and financial aid since beginning high school has provided me with academic, travel, leisure, and internship opportunities that most people from lower income backgrounds don’t even know are possible to dream of.

The point of discussing my economic anxiety is that living among the haves as a have-not in a socioeconomically stratified society is weird. Most of us don’t have the opportunity to interact with people outside our class. And when you do, you learn rich people take trips to Europe for a weekend on a whim and don’t know how to use a broom properly. They’ll talk about upper-class activities and leave you struggling to process their reality and and scrambling for a response.

This is not a call for rich people to go into hiding. One of the greatest acts of bravery I’ve ever witnessed occurred when a friend admitted that both of his parents earn six figure salaries. A coming out story for the ages.

I ask not for guilt, but more frequent and honest discussions about how class informs the things we like, the ways we speak, and the fears within us. Instead of wallowing in shame or apologizing for how we grew up, we should take action to make spaces on campus more inclusive. We can build our clubs, run our classrooms, and even conduct our social lives such that success or belonging depend not on socioeconomic-dependent experiences and knowledge.

For now, I’ll continue to do my best to manage my phobia. Unfortunately, as it now stands, there are no meds on the market for discomfort around wealth.

Jenna M. Gray ’19 is a Sociology concentrator in Leverett House. Her column appears on alternate Mondays.