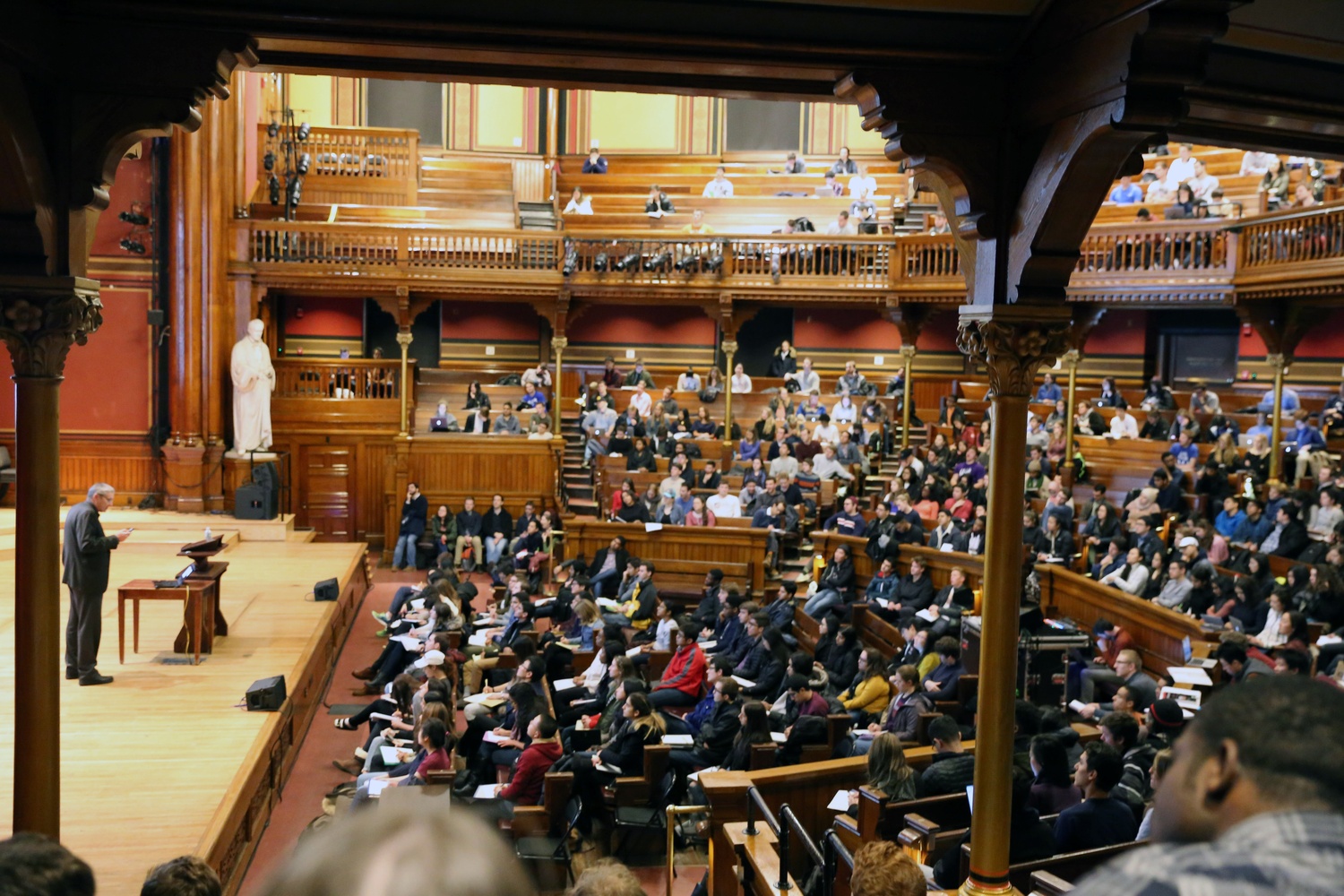 Freshman fall marked my first encounter with the study of economics. I barely understood anything from the textbook I occasionally read and the problem sets I passed only by the grace of God. The authority with which my classmates spoke convinced me that the population of idiot island was one: me. I wondered: Had everyone taken microeconomics before? Or was their command of entirely new academic territory a signal of my accidental admission here?

In pursuit of these answers, I decided to listen more closely. Beneath throwing around key terms, arguing with professors as a fresh-out-the-womb 18-year-old, and inflection that suggested they knew supply and demand curves like old friends, I heard nothing. From a few skims of an overpriced N. Greg Mankiw textbook, I could discern that half the time, what they were saying didn’t even make sense. Therein lies the first lesson from the elite liberal arts education: It is possible to speak without saying anything at all. At best, doing so is an interesting party trick; at worst, it’s a crucial and unfortunate tenet of what I deem “Harvard debate culture.”

Harvard debate culture is what happens when you gather a bunch of former prize-winning high school debaters, kids no one really liked growing up, and other lovable rascals who believe that disagreeing with everything for argument’s sake is a captivating personality trait. When you constantly tell them they’re smart(er than everyone else), their self-worth becomes dependent on that precarious belief. Surrounded by other imps who grew accustomed to the self-satisfaction that comes from perpetually holding the title of “smartest one in the room,” their insecurities and external motivations demand they find ways to distinguish themselves once again.

Sections are where the greater debaters go to relive the high school glory days and where productive or fulfilling conversations go to die. Take a graduate student who’s just trying to get their degree and undergraduates who don’t understand that having a thought doesn’t necessitate you share it and you’ve got an hour to fill with comments that are likely better left unsaid (aha!).

Our “counter-culture” manifests in a multitude of ways, three chief among them: rambling to fill space, over-intellectualizing everything, and provoking conflict for conflict’s sake. All routes offer endless possibilities for flexing the creative argumentative muscles. For the first, talk for as long as you can. Insert yourself into the conversation whenever possible. The more you can repeat what someone else in the room has already said — particularly if that person was a woman — the better. You’re welcome to piggyback off a previous comment, but noting that you disagree with a comment, regardless your argument’s substance, is the jackpot in your contrarian lottery.

The hyper-analytical debater can choose quite literally anything as an object of analysis. The author’s intention is of no concern; you’re more knowledgeable than they ever could be anyway. Choose a string of words in a random chapter or an inkblot in the acknowledgements section. Interpret their meaning as if they were the subject-expertise of your entire undergraduate degree.

The classmates of the debater-provocateur love a hot take, and their teaching fellow doesn’t get paid to quell controversy in the classroom anyway. Therefore, why not go after a marginalized group: Ask the group whether they deserve to exist or suffer! No hot take is off-limits when provocation is the aim of the game.

For all three paths, affect is crucial. Your tone, facial expression, and politician-like eye contact with classmates cannot betray the slightest wavering of belief in what you’re saying. As a performer of knowledge, you must commit to your role.

And perhaps that’s the problem with Harvard debate culture, that we exchange ideas for the sake of entertaining or proving some image of ourselves to our classmates. Of course it’s normal to fudge understanding, speak with undue confidence, or talk from our rear ends sometimes. But when these tricks become our dominant mode of discourse, we misuse the power of our words, the skills our education has given us, and the responsibility that comes with a Harvard degree.

It’s a reality that people might listen to us just because of where we earned our degree. Sure, we could just be the esteemed contrarian at dinner parties, but that’d be an insult to our own collegiate efforts.

Instead of serving as the advocate the devil doesn’t need, we could attempt to familiarize ourselves with subjects before we offer opinions. We could advocate for important things like prison abolition and health care reform rather than attend to causes and viewpoints whose relevance is limited to momentary debate performance.

If those options lack appeal, we don’t have to get rid of our outrageous analyses or tendency to arouse; we can just keep our ideas to ourselves. We might benefit from following the words of Kendrick Lamar, who would advise us to “Sit down, Be humble.”

Jenna M. Gray ’19 is a Sociology concentrator in Leverett House. Her column appears on alternate Mondays.